Weekend Ramblings: May 21st and 22nd 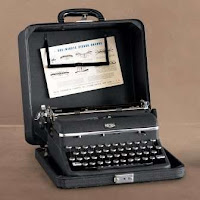 Saturday morning was not an easy starter.

I had to take a couple of Motrin and a Vicodin before I was finally really able to start my day.

Yes friends, it's not fun trying to working on a place like this and get things done when you're getting older and have a bad back.
Like every day, yesterday morning I checked on the horses. I always check for bumps, swollen knees or hocks, scraps, cuts, bites, and so on.
I always check them to take in their general appearance. It's something that every horse owner should do every day.

Because the grass is tall and the price of hay has climbed through the roof because of high gas prices, yes I turned out the horses to graze the property at the beginning of the month. The result is that they are really looking fat and acting sassy.

Granted Tango, my wife's Arab, is still looking a little too thin. What that means is that I will need to worm her this week. Since I ran out of wormer, I'll pick some up and worm her soon.

If she still doesn't look like she's picking up weight, then I'll go ahead and start supplementing her gazing with grain and molasses - or maybe I'll start her on some grain and corn oil like say Wesson Cooking Oil.

An old friend, who I met when I first moved up here more than 10 years ago, called from Reno where he now lives. He said that he and his fiance' were coming out here. He wanted to show her where he was brought up and lived up to a few years ago.

Reno is only about 2 hours away, so he figured he'd call to see if we were going to be home.

Jeremy and Danielle arrived just before noon. And yes, we visited and caught up on things for the better part of the day before they left for the Calaveras County Fair and the Annual Jumping Frogs competition.

Knowing how tough it would be to find a motel or hotel room with so many folks in town for the Frog Jump, my wife and I offered them our spare bedroom if they wanted to use it for the night.

Jeremy said he'd call us to let us know if they didn't find a room in Angel's Camp.

While they were gone, Deanna and I headed over to the American Legion Hall here in Glencoe for our 1st Annual Armed Forces Day Dinner and Dance.  Yes, a dinner and dance here in tiny Glencoe! Imagine that!

It was beef ribs and spaghetti for $8 a plate, and Singing Steve Johnson was there to spin CD's and sing Karaoke. Mostly he did older Western Music and some '50s Rock and Roll, but he also let loose with some John Philip Sousa marches along with some great tunes from World War II courtesy of Glenn Miller and the Andrews Sisters.

They are great to dance a swing to! If you haven't tried it, well friends you're missing out!

We had about 15 or 18 couples show up for the dinner at first, but then more folks showed up just for the Bar and to dance. All in all it was a lot of fun with mostly folks that everyone knows.

Christie Atnip locked her Corgi named Josey at home. Josey is the unofficial Mayor of Glencoe. She ran last year against a guy who is retired Air Force and a guy who is retired Navy. When the retired Sailor said he wouldn't run, well the retired Airmen decided he'd drop out as well. Why? Well because he knew he'd have a hard time beating Josey in a head to head election.

Josey usually walks down to the American Legion Hall during the week when I'm in there getting the place ready to open at 4 pm. She keeps me company and when I leave I always give her a treat before leaving.

She is a great dog, and it seems that lately I'm the only one who she'll listen to when it comes to her visits and exits from the Legion. She likes to show up on Friday nights and check out the activity.

If she walks in, the present Commander has a fit and chases her out. Sometimes it works and sometimes it don't! They usually call me to get her to leave. Yes friends, cheese has spoiled her - and cheese is what she'll follow on her way out the door.

Christie is concerned about her husband Tony being elected as the new Post Commander next week Wednesday. The position is really more ceremonial than anything else, but she's worried that he will over-work himself because Tony has a full time job with the Water District.

Right now Tony is the Post Sergeant-At-Arms, and he does a great job. It's my idea to run him for Post Commander because he's a real nice guy, everyone likes him, he's as honest as the day is long, and he has a truck load of common sense which as everyone knows is not always common in most people.

The man who's Post Commander right now is not a bad man, but he's been in that position for 5 years. And yes, the man needs a rest and a break from doing that job. Besides, we need him to fill the Judge Advocate's position because it takes a Past Post Commander to fill that spot.

At the end of the night, Deanna and I walked in and almost immediately she said she was tired and wanted to go to bed. But then she played back the phone messages on the phone recorder, and we found out that Jeremy and Danielle were coming in to sleep here for the night but they'd be in at about 1am.

I told them earlier that since I have a problem with sleeping on some nights that I'd probably be awake when they got here.

Then the next message was from Deanna's Mom. She said that she took her Dad, Tom who is also known in Cowboy Action Shooting's as Nickel Jim, to the hospital because he had an attack of appendicitis. They actually removed his appendix.

When she called her Mom to find out what condition her Dad was in, we found out that the doctor's were a little concerned about him waking up.

Then an hour of so later, Deanna Mom called back to tell us that he woke up OK but for some reason it was extremely violent. She said that it took 5 people to hold him down when he woke up.

The doctor told her that sometimes the anesthesia has that effect on teenage boys, but not usually men.

Once he was in his hospital room, we got to talk with him and he seem to be doing fine. His big concern for his doctor was weather or not he'll be able to shoot in this coming week's Annual High Sierra Shot that our Cowboy Action Shooting Club puts on this month in Railroad Flat. Imagine that!

Sunday morning was a lazy start. First we called Deanna's Dad to see how he was doing, then our guests got up and Deanna mad pancakes for everyone.

We all visited, and Danielle tried he luck at bonding with a few of the horses. Of course, horse treats do help. Yes, Politicians and Cops aren't the only one in the world who can be bribed. Danielle found out that horses will give you all sorts of affection, if you have the treats to buy it with.

Deanna has been on the computer since they left and I'm waiting my turn. So what am I doing? Well friends, I'm writing this out the old fashion way - with a pencil.

I figure since she has to get some things done that I can write this for my Blog while I wait for her to finish.

We lost our TV during a power outage about two weeks ago. When the power came back on, surge protector or not, it fried our set. Now we haven't had a TV to watch all this time and that's OK really.

But if I miss anything, I miss watching Castle on Monday nights.  Then I remembered that I can watch Castle on the ABC / Castle Website because they post the episodes. I'll do that tomorrow night after volunteering at the American Legion.

Jeremy and Danielle just called saying they got home OK.

They are a nice couple. Both have been married once before, and in fact Jeremy got married right here in my Living Room. And yes, it is a shame it didn't work out - but really that's the way life is sometimes.

Sometimes all you have to give is just not enough to make things works, especially when the other person doesn't care to make it work.

As for Jeremy and Danielle, well friends, it looks like they are in love. But more importantly, they really look like they "like" each other.  It's been my experience that too many people fall in love without really liking the person they're with.

In any relationship, there should be trust, respect, and compassion. But to make it last, you should really like that person you're with.

And so went my weekend!