Those Who Do The Job - Cowboy Up! 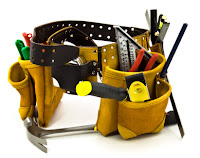 For the last few weeks, yes friends, I have been busy working on our American Legion Post up here in beautiful Glencoe.

We've had to do a lot of work on the old place to get ready to paint the old girl.

She is a great old building. My neighbor said that his wife's family had donated the land back in the 1940s, and the building itself was built later in 1950 with timber from the area around here.

She has seen storm and snow pass for more years than I've been around, and yes for some reason some folks have forgotten to help her out by giving her a new coat of paint and fixing her broken trim and skirting.

This last year, Larry Bruns and I talked about painting her. But yes, it all comes down to money to buy the paint and get 'er done. And no, our Post unlike some is not what you'd call racking in the cash these days. We keep our heads above water most months, but that's mainly due to our Bar.

It is a small Post in a small town in a part of the Sierra's that is as pretty as any area. Some say this is the Snow-line. Some say the start of the High Country.

At about 2,800 feet elevation, trees fill the hills and where once was Gold Fever back in 1849 is now a sleepy little community of great folks. The air is clean, the water is sweet, and the grass this time of year is so tall you can hide a calf in it.

The American Legion Post 376 is the center of our community. It could be because we only have it and a Post Office as far as things go here. The Post is our gathering place. It is where events happen and people go to talk about the issues that bind us.

My friend Tony Atnip's family had his granddaughter's Baby Shower there and filled the place with friends and relatives. They sold well over $300 in drinks at the bar that day. Now friends, that's a Baby Shower!

A few weeks ago, yes I'm sorry to say, we had a memorial for Jess Mechling who had passed away.

People came from far and wide for Jess, he was a great old timer and deserved it. He was a Marine on Iwo Jima in World War II and he never stopped being a Marine. I can testify that that is the way it is for Marines.

They say you can take the man out of the Corps, but you can never take the Corps out of the man. God Bless Jess for proving that right all the way into his late Eighties.

There were over 400 people who showed up for Jess, and yes our American Legion which only holds 168 was spilling over some.

The Honor Guard that we put together went on as well as can be expected. All old men trying to do old drill movements that memories have stolen away, and yes firing old rifles.

Because I liked Jess so much and couldn't say it in any other way, I made sure that there was a "ping" from those old M1 Garands at the end of our salute to him.

Every World War II and Korean War Vet who's ever fired an M1 Garand knows that sound when his eight were gone and he was empty. It was a "ping" that lives in the memories of all of those who carried that rifle or trained with it.

That "ping" on that day was just for old Jess Mechling, God Bless him!

Last year, when Larry and I had talked about getting the Post painted, Larry reminded me that we may be looking at more restoration work than we're ready to handle. Then we found out that the building hasn't seen paint for at least 20 plus years.

It was anyone's guess as to what condition her supports were in?

We had no idea what it would really take. But we talked about how much money we would need to fix her up on the surface. Then we decided to go to the Post with our request for cash to buy the needed material.

Larry put together a material and a price list, and we were ready.

So with hat in hand, yes we went to the Post's Executive Committee and asked what they thought of our proposal. The project was to repair, replace, and paint. Then maybe we'd get the old building to look a little better than she has. We voted, and I thought everything was a go!

Then we brought it up to the general meeting. Wow, was I wrong!

One of the Executive Committee officers decided not to voice his disapproval of the plan at that meeting, but instead waited until we had our general meeting. Then he slowly and methodically shot our plan down because of money concerns.

He said he did not vote "either way" for or against. He explained that he had actually abstained from voting for the plan at the Executive Meeting, so that he could voice his disagreement of the plan to the entire membership.

He simply didn't think we needed to spend the money on the building. He felt we could do it later when we were in a better place financially.

The problem as I saw it was that the old building was in dire need and might not be able to wait for us. To me, waiting would cost more in the long run.

It as been my experience that most buildings in need of repair and restoration never seem to wait for people to be in a better place financially. Besides, a  shabby looking building only reflects on us its owners. The building looked as if no one cared.

When we voted that night, our proposal was voted down. And yes, both Larry and I was surprised that it was. It really wasn't a matter of our Post not having the funds we needed. It was just a desire to hold on to funds instead of spending what was needed on a building that had far too long been neglected.

The whole experience left me with a bitter taste for the so-called "process."  The "process" stunk! It was no wonder the building looked as bad as it did. No wonder no one stepped up to get her painted and repaired, the "process" does not motivate but instead demotivates people from stepping forward.

The "process" seemed as ineffective and non-productive as some forms of big government like say Communism.

It was a lesson that I have not forgotten.

It reminded me that a lot of folks have different priorities. It was a real surprised that it was turned down because most of the members live in this area and know how much work the old building has needed.

The other thing that surprised me was how some of our members do business. Most folks up here are very straight forward when doing business. Usually there is not a whole lot of game playing. Usually there are no hidden agendas and such.

Some of the officers who attended the meeting are from the San Francisco Bay Area, including me. Although I wasn't in a big city like say San Francisco or Oakland, the small city that I was next to was closing in on me before I left.

And yes, I agree! It's pretty sad when a part of the Bay Area that was considered "the country" 20 years ago is now incorporated into a city.

I'm sure some members of our Post have been big time wheelers and dealers before finding themselves here. I'm almost sure that some have worked in the Corporate World where all sorts of different types of behavior is OK. From what I've been told, it can be a dog eat dog existance.

I'm just glad that I've had very little dealings with those types of people. The few times that I have all ended up with me again finding out that they are never to be trusted. No matter how good they talk.

I guess there are those who can't stop being that type "A" personality. I sort of feel sorry for folks who see the world around them with the attitude of every man for himself. It stays with some folks no matter where they live.

Others leave the city with earnest abandonment. My wife is one of those who abandoned the city and all of its trappings, and yes she has successfully adjusted without question to living a quiet country lifestyle.

But Larry and I didn't let the lack of support stop us. Instead we decided that since we couldn't get the funds authorized through regular channels, we would raise the money ourselves through donations. So yes, we started a "Paint and Siding Fund" to get 'er done!

It has always amazed me how life is, especially how when one door closes and another opens. Soon Larry and I made up donation buckets, and it wasn't long before we learned that we had all sorts of allies in the battle to see the old building's outside restored. They were just waiting to help raise money.

We started off by getting ones and an occasional five dollar bill in the donation buckets. Then some of the volunteer bartenders threw a few night's tips in the bucket. Of course, the effort couldn't have been spurred on without great folks like Bob and Jan Carpenter who donated $100 for the cause.

God Bless them both!

Thanks to a lot of great people, it has taken us nearly seven months, but we scrapped together the needed  funds to do the job. And so far, after the last few weeks of working on her, she's turning out nice with her new siding and even new tin on the back porch roof.

In two weeks we'll have the paint to complete the job. The building will then be able to go more years without someone asking why doesn't anyone take care of her, because it'll show folks do.

Actually this was a first for me in many ways. It was my first real experience with something called an Executive Committee, and honestly I still don't see their purpose. I really don't think they have one.

It was my first time going in front of any group of people and asking them for the opportunity to do work for them free of charge. And yes, it was a first when I was told in so many words, "sure, but you go find the funds to help us because we ain't helping you with buying what we need."

I know it sounds a little insane, but that's the way it happened.

For me, this was the first time that I had been a part of such a project up here. But that's OK, because this experience has reminded me that some people are doers while others just talk a great game.

Those who really count are men like Larry Bruns who has the skill and craftsmanship, and of course Steve Duman who does whatever else needs to be done, both retired but show up everyday. They are the kind of men who have the conviction to work to see a project through.

These men use care and patience, along with a great deal of commitment, to get 'er done.

And that, my friends, really is the Cowboy way!