Since yesterday was my birthday and my tradition is to take down my Christmas tree and decorations the day after my birthday, I wanted to get a few articles out about what took place a few weeks ago around Christmas.

There are a few news stories by Todd Starnes which give a great deal of evidence to the fact that the United States Government, the Feds, are waging a war on the religious liberties of Christians - especially Christians in our military.

The national commander of the American Legion is demanding answers from the Veterans Administration after hospitals in three states placed restrictions on Christian volunteers, including a group of schoolchildren who were told they could only perform Christmas carols from a government-approved list.

"Every Christmas, every religious holiday, Christians are more and more often targeted for censorship and restriction at VA facilities," American Legion National Commander Daniel Dellinger said. "Veterans in these hospitals fought to protect such freedoms."

In Iowa City, American Legion members were told they could not hand out presents to veterans if the wrapping paper said Merry Christmas.

In Augusta, Ga., the VA told a group of students from a Christian school that they could not sing religious-themed Christmas carols. Instead, the students were presented with a list of government-approved, secular songs.

And in Dallas, the VA hospital refused to allow children to distribute Christmas cards to patients because the cards included phrases like "Merry Christmas" and "God Bless You."

The American Legion has asked the VA Central Office for an explanation of why it appears Christians are being singled out for restrictions.

"First of all, VA's decision to prohibit the delivery of Christmas cards that mention Christmas is ludicrous,” Dellinger said. "Second of all, VA has been down this road before, and recently. VA has been warned through a federal court decree to stop denying freedom of religious expression at its facilities. It’s pretty obvious the Dallas VA did not get that memo."

On Monday morning boys and girls from Grace Academy in Prosper, Tex., were planning on hand delivering the cards to the wounded veterans. Math teacher Susan Chapman called the hospital to make final arrangements and that’s when she learned there was a problem.

"I told him my students made cards, we'd like to bring them down for the veterans," Chapman told MyFoxDFW.com. "

And he said, 'That's great. We're thrilled to have them, except the only thing is, we can't accept anything that says ‘Merry Christmas' or ‘God bless you' or any scriptural references because of all the red tape.'"

A VA official quoted the policy which is in the Veterans Health Administration handbook:

"In order to be respectful of our veterans' religious beliefs, all donated holiday cards are reviewed by a multi-disciplinary team of staff led by chaplaincy services and determined if they are appropriate (non-religious) to freely distribute to patients. We regret this process was not fully explained to this group and apologize for any misunderstanding."

"It really didn't occur to me there would be a problem with distributing Christmas cards," said Chapman. She's married to a veteran and volunteers with the American Legion and other veterans' organizations.

Hiram Sasser, director of litigation for Liberty Institute, said it was a new low “even for the Scrooges and Grinches at the VA.”

“Targeting the benevolent work of little children for censorship is disgusting,” Sasser told me.

“Do the Grinches in the administration of the VA really believe our bravest warriors need protection from the heartfelt well wishes of small children saying Merry Christmas?”

Liberty Institute is now representing Chapman and they’ve given the VA until the close of business Friday to explain why they banned the cards.

High school students from the Alleluia Community School were told they could sing about Frosty the Snowman but not the Baby Jesus at the Charlie Norwood VA Medical Center in Augusta, Ga.

Instead, when they arrived to perform, the students were given a list of 12 Christmas songs provided by the hospital’s pastoral service that had been “deemed appropriate for celebration within the hearing range of all veterans.”

In other words, all secular, nothing sacred, the Augusta Chronicle reported.

“Military service veterans, male and female, represent people of all faiths,” hospital spokesman Brian Rothwell said in a statement to the newspaper.

“It is out of respect for every faith that The Veterans Administration gives clear guidance on what ‘spiritual care’ is to be given and who is to give it.”

Dan Funsch, the school’s principal, told me this is the first year they’ve been told not to perform religious carols.

“Have we gotten to the point where there are approved Christmas songs?” he asked. “What concerns me is using our government to apply an agenda of aggressive secularization, systematically removing any reference to the Christian underpinnings of western civilization.”

The students opted not to deviate from their prepared selections and left without singing any carols.

He said the censorship is a clear case of discrimination based on religious expression.

“VA needs to let those children deliver cards to the veterans now, and those who wrongly banned them owe an apology to the children, the teacher and the veterans who were supposed to get them Monday.”

It’s not the first time the VA has landed in legal trouble over religious censorship. In 2011, Liberty Institute uncovered national VA policies that unlawfully discriminated against religious speech.

“It is shameful that the VA continues to censor religious speech in Christmas cards when the VA knows it is against the law to do so,” Sasser said.

“If the VA does not comply with the law and the spirit of the ongoing federal court order from our previous case, we will have no choice but to once again go to federal court to enforce the rights of these students.”

First, if Americans don't think that the Federal Government is not waging a War On Christians, they are sadly mistaken. And second, its resolve like this that makes me proud to be a member of the American Legion. 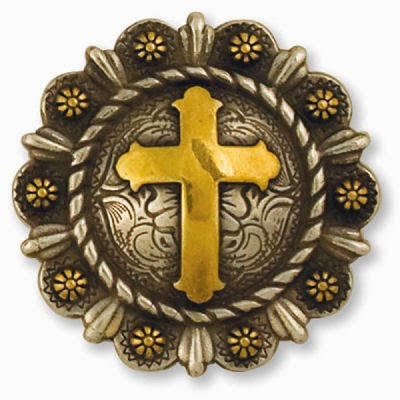