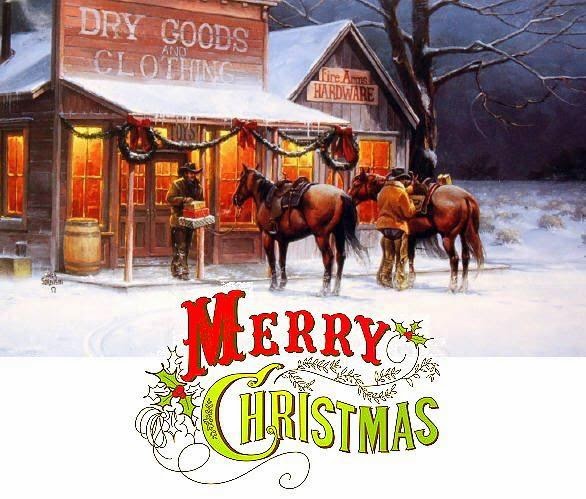 I saw a video, and I feel that the message behind the video is perfectly appropreate for this time of year.

Why you ask? Well, because of public schools and political correct businesses mostly.

In a time when Liberals, Democrats, so-called Progressives, and many American Muslim leader here say we offend others by saying "Merry Christmas," I say their attitude is offense. Their Political Correct attitude that says Christians can be targeted for harassment and censorship and regulation is extremely offensive to this the largest Christian nation in the world.

One writer who saw this video said that he did like the video, and subsequently its message, because it tells people to take their business to stores which acknowledge the reason for the seaon by saying "Merry Christmas."

That writer faulsly assumed that the video said that everyone had to believe as Christians do. Let's make it clear: No where in the entire song do the lyrics say that.

And no, no where in the song does it say that Christians should "boycott" businesses owned by Jews, Buddists, Muslims, Atheists, or any other business owned by people who are not Christians.

The song does ask Christians to remember the reason of the season.

It does tell Christians to be proud of their faith and not to allow others to send them into hiding. It talks directly to why we Christians celebrate this time of year.

It talks about the birth of our Savior, how we celebrate his being born for us, and how we have the right to support businesses who support out religion.

Some will certainly find a video, a Christmas song, telling other Christians to be proud and support each other to be offensive.

They are the same one's who do not see Christian prayer, and the mention of God, being stripped from schools or America's military as a big deal.

They are the same people who are afraid to challenge those who are right now allowing Islamic Sharia Law, Muslim prayer, to be taught in our public schools.

They are the same people who bow down to Political Correctness and support very young children to be indoctrinated into the Muslim religion of hate and blood-lust.

How you say? By having elementary school children vocally praising "Allah" in our public schools.

And as for our military? Our servicemen and women can not stop for Muslim prayer anytime they see fit and praise Allah openly.

All while at the same time, Christian symbols have been deemed as toxic, and any mention of God, Jesus Christ, or Christmas, including the very words "Merry Christmas," can get an American soldier, sailor, or Marine in very hot water -- including booted out of our military.

No, this video and song does not say that we Christians believe that our religion is the only one, or  that everyone should believe as we do -- or else.

As for wanting everyone to be Christians, Catholic like me, or some other Christian denomination, frankly I don't care if one wants to become a Christian or not -- it's simply not for me to say.

It is up to the individual who is seeking the love of God and spiritual fulfillment.

This video does address the persecution of Christians, and the efforts that are made to dismiss the reason for the season. It talks about being united in our believe.

Yours is yours, just leave my beliefs alone. And yes, there's no getting around it or denying it, Atheists are bothered a great deal that Christians believe that way we do.

Remember, it was only last year that Wal Mart and other stores openly threatened their employees with termination if they said "Merry Christmas." Yes, all because it might offend some Atheist or Muslim.

Well, I will not give any store a dime's worth of my business if I find out that they find my saying "Merry Christmas" is offensive.

So now, I will keep you no longer. I hope you enjoy the video and the message.

I believe in Christmas.

I believe it's true.

I believe our Savior was here for me and you.

If you believe in Christmas join us in this song keep saying Merry Christmas and keep that spirit all year long.

If you don't see merry Christmas in the window,

no you don't go in that store.

If you don't see merry Christmas in the window, yes you walk right by that door.

Oh it's all about the little baby Jesus and my Savior's birth.

It's the one and only reason that we celebrate the season wishing love to all and; peace upon the earth

Simply turn and say "It's very nice to meet you" As you walk right out that door.

Words are chosen every year to hide it's Christmas the reason for our hol-i-day.

They're not happy what we're singing but they want their tills a ringing.

Trying to sell my Christmas every other way come and stand out from the crowd, say Merry Christmas and be proud.

Christmas isn't just another holiday What would be missing, now lets see, if not for Christmas nativity.

No silent night or first noels, No Santa's sleigh,

No jingle bells, No star atop the Christmas tree, No special day for family

No bells that ring for angels wings

No dolls and trains that Santa brings

No drummer boy or Tiny Tim

No Mr. Scrooge, we all know him

No list of those whose been good or bad

Well maybe that won't be too sad

No candy canes or mistletoe

No Christmas lights out in the snow

No stockings hung with so much care

hoping Santa finds them there.

If you don't believe the reasons for my Christmas then it's sure okay with me.

Please don't tell me what to say, or what music I can play

after all my Christmas is my special day.

Come and stand out from the crowd,

The song is performed by American Christian Life United (ACLU) Choir with the vocal by Carrie Rinderer.

So now, after hearing the song and watching the video, there is only one last thing to say.

If you agree with this song, then you're obviously tired of getting pushed around by Liberals, Atheists, Democrats, who are trying to make America into something we are not -- a nation that bows to Political Correctness and Muslim demands -- then you are certainly in the right place for like minded people.

And yes, because that's the case, from my family to yours,
Merry Christmas!

May God Bless You and Yours!

May the spirit of the season fill your heart with joy while strengthening your faith.

Tom Correa
Posted by Tom Correa at 9:20 AM