Volunteering In The Old West 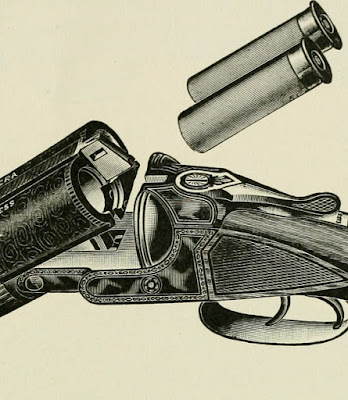 Well, let's find out. But first, let's talk about volunteering in America today. As many of my long-time readers know from things that I alluded to over the years, I'm a big believer in the spirit of giving back to one's community. The easiest way of giving back is to volunteer in some way. Whether we realize it or not, volunteers help in many ways. There are senior support programs that use volunteers in most communities. Volunteers are needed at nursing homes, libraries, schools, youth church groups, veterans organizations, and it's a safe bet that there is a volunteer program at the Veterans Hospital near you.

Some folks volunteer to help with the Meals-On-Wheels program to help elderly Americans. Some help out at hospice centers. Some volunteer at homeless shelters and soup kitchens, while others volunteer to beautify their communities by tackling the graffiti and trash problems in America's cities. Some of us volunteers to build playgrounds, while other folks volunteer for children's after-school programs. Let's not forget those who volunteer to conduct tutoring classes via ZOOM during this COVID pandemic to assist kids struggling with their school work.

Cities and counties can always use volunteers during the holidays, especially during food and toy drives. Some volunteers simply volunteer their time during Christmas to collect and wrap donations for those of us who have a lot less than others. Most times, it's volunteers who distribute those donated items.

In rural communities like where I live, some folks volunteer to help out with youngsters in 4H and other youth mentor programs and youth sports activities, as is the way throughout our great country. Many youth sports leagues need volunteer referees, maintain a volunteer staff, and seek out volunteers to man their concessions. And, of course, your community is probably benefiting from the eyes and ears of volunteers in your area's neighborhood watch program. Yes, neighborhood watch programs are an American tradition that's a holdover from the days of Citizens Watch Groups, which I talk more about in a minute.

It is said that "for every skill and ability, there’s likely to be a volunteer organization that could use your talents to support their mission." While I believe that's true, I also believe that we shouldn't let unfamiliarity with a task stop us from volunteering. I've known a few people who had no idea what they were getting into when they volunteered to help handicapped children ride horses. It was like nothing they did before, and they found it absolutely rewarding. And no, it's not hard to imagine why that did.

My wife used to volunteer at the Rail Road Flat elementary school in their garden until the school closed down for good. The kids sure did enjoy growing their own vegetables, and my wife loved watching their interest grow while doing it. My wife still volunteers as a Master Gardener with Calaveras County. As for me, while I've volunteered my time at our local American Legion post for the past 11 years, I've recently found the time to join the ranks of the Calaveras County Sheriffs Volunteers.

So about now, you're saying, "Nice article about volunteering, but where's the rip-roaring stuff?"

What made America great in our beginning was our desire to prevail. Sounds simple enough, but it wasn't by a long shot. Pestilence, famine, disease, an inhospitable land, and hostiles of all colors didn't make their struggle very easy. Nature's wrath, as is today, was unpredictable. Besides the worst of human nature, our pioneers fought flash floods, forest fires, droughts, blizzards and lost everything.

As for local militias, most in the West did adhere to the Basic Militia Law passed by Congress in May of 1792. That law called for the enrollment of volunteers who fit the bill of being "every able-bodied white male citizen between eighteen and forty-five" years of age. Each volunteer militiaman provided his own "arms, munitions, and other accouterments." Settlers coming into the West began with the Louisiana Purchase, creating the Oregon Trail, and it was fueled by the California Gold Rush.

As for Americans coming together to pool their resources and prevail against overwhelming odds, many today can understand the need for people to come together to build and maintain dams and levees to keep their towns from flooding, especially if they were located as many were near or on a river. It's their understanding of the need to maintain a volunteer security force, a Vigilance Committee, in a town that gives them pause.
The term "Vigilantes" conjure up all sort of horrors for some people today. They hear the word "Vigilantes," and they immediately think of lawless drunken mobs lynching and burning towns, killing anyone who stands up to them, and most Hollywood lies. Of course, since the word "vigilante" means "watchman" in Spanish, the same people who believe what Hollywood is selling, has no idea that Citizens Watch Groups of the 1600s in America's British colonies were called "Vigilantes" in Spain's colony of Florida during that same period.

Volunteering for a Citizens Committee is one of the oldest traditions in our nation. Citizens Committees, also known as Citizens Watch Groups and Vigilance Committees, preceded the advent of organized law enforcement by over a hundred years in North American as it started under the British and Spanish.
After our independence from Britain, Americans continued using volunteers to maintain the security and safety of their towns. Those coming West applied the same system when they found a need for law and order. Some say it was because the West had such Citizens Committees, when the East did not, that the rate of overall violence in the West was less than that taking place in the East during the same time period.
Now for my favorite story of citizens volunteering to come to the aid of their County Sheriff.
I've written about this before, so please don't be surprised if it sounds familiar. The story has to do with Inyo County Sheriff Thomas Passmore, who was on the job for three years when on Sunday, February 10th, 1878, he was shot and killed in Independence, California. His murder took place while attempting to apprehend an individual who killed another man earlier that evening. The killer had gone into a saloon well known as a hangout for outlaws and gamblers, the lowest of society there.

Sheriff Passmore arrived at the saloon and stood outside, where he ordered the killer to come out and surrender. The Sheriff knew he'd be smart to stay outside because he'd be completely outnumbered inside the saloon. He banked on his being able to take the killer if he came outside.

It's said that when the killer refused to come out, Sheriff Passmore had no other choice and decided against his better judgment to go in and get him. Yes, he decided to walk into the den of thieves and bandits, gamblers and con artists, prostitutes and bushwhackers. What he didn't know was that, in essence, he was walking into a trap.

It's said that as the Sheriff walked up to the saloon doors, a couple of toughs moved in to block his way into the saloon. The fact is that he was actually being held in place at the doors. Yes, a target. Someone inside the saloon opened fire and shot through the door. When the shot rang out, the Sheriff was struck in the chest. He was killed before even entering the saloon.

While the lowlifes inside the saloon might have thought that a good move on their part, they quickly learned how horrible a mistake they made. Sheriff Thomas Passmore was the first lawman to be killed in the line of duty in Inyo County, California. And frankly, the citizens were not going to put up with that.

It's said that Sheriff Passmore was not cold yet when outraged townsfolk put out the hue and cry and then took up arms. With shotguns, rifles, and pistols of every type, the town's citizens volunteered to act. They knew such lawlessness had to be addressed.

The first thing they did was gather, and then they slowly moved into position. They surrounded the saloon. Then they opened fire on the saloon. It was a vicious response to a vicious and senseless act. It's said the citizens fired hundreds of rounds into the building. Bullets shattered windows, pieced walls, and struck many inside who saw the citizens as sheep.

The barrage of gunfire was overwhelming, so much so that it didn't give time for the badmen inside the saloon to return fire. All they could do was keep their heads down, run, or hide. At one point, the citizens saw the saloon owner trying to make a run for it. His attempt to escape out the back door of the saloon was cut off. Those who volunteered to step up and re-establish law and order stopped the saloon owner in his tracks.

When he was caught, he was immediately shot to death. As for the killer who Sheriff Passmore was after, he too tried to make an escape. He, too, was caught, cornered, and shot to death by over a dozen citizens who came forward to volunteer to make things right.

We sometimes forget that citizens made things work. When asked if volunteering was altruistic or not, I answer with this example. Let's remember that the Federal Deposit Insurance Corporation (FDIC) did not exist until 1933. So no, bank deposits were not insured by anyone if a bank was robbed. The modern attitude of handing over the money during a bank robbery because it is insured and easily replaced was unheard of in the Old West. Because the money being stolen meant the difference between keeping food on one's table and going hungry in many cases, citizens eagerly volunteered to create posses to retrieve their money.

As far as citizens volunteering to go after murderers and outlaws, we forget that their way of seeing the world is different from how some folks see things today. They went after outlaws back in the day because they saw criminal man-killers as people who have forfeited their rights to live. People saw them as being no different from rabid dogs that needed to be put down before harming others.

A great deal of volunteering, such as being part of the local militia or Citizens Committee, was really required of all able-bodied men. And of course, there was, as is today, a great deal of unselfish volunteering that took place. But we should all understand that no different than what takes place today, Americans volunteered back in the day because they had a vested self-interest in making their communities a better, safer, more peaceful place. It was a sense of ownership and pride in where they lived.
Most citizen volunteerism in the Old West consisted of community projects, fire response, safety, security, as posse members, and helping to maintain a militia. But there are stories of citizens volunteering to feed the hungry, care for the sick and injured, volunteering to help neighbors during barn-raisings, digging a town well, volunteering to bring in crops, take care of livestock, as well as tending to all sorts of things that needed attending just because it needed to be done.

And while the murder of Sheriff Passmore shows us today how citizens at the time volunteered to step up without being asked, all the while knowing full well that they were also putting their own lives on the line, such things were common in the Old West.