Obama Giving Millions of Dollars of Equipment to Iraq FREE 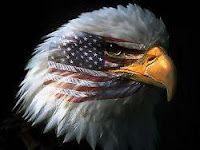 I remember my uncle once telling me about all of the military equipment, "the stuff," that was left behind in Japan at the end of World War II. Others have told me that all sorts of stuff were left in Germany, Italy, France, England and other countries where America had been as well.

It seems as though we Americans, that is our government, has a habit of leaving most of our "stuff" behind after every conflict. Sure we bring some home, but not everything.

And yes, now it's happening again.  This time in Iraq.

After the Obama White House pulls another 45,000 troops out of Iraq within the next few months, they want to give Millions of Dollars worth of equipment to Iraq - free!

Yes, they want us to leave behind all of our stuff! And though this is the biggest logistical operation since the build-up for World War II, fact is that unlike the end of World War II no one is letting the American public pick over the used surplus.

And yes, we the American Taxpayer paid for it! It's our stuff!

Stuff? Stuff, you ask?  Well, the stuff is all of the military equipment that we shipped overseas in the last 9 years or so since we started operations against Muslim Terrorists. The stuff that the Obama White House is going to give away to Iraq is all of the equipment that was needed over there.

Stuff?  Yes, stuff like those specially re-enforced Humvees that everyone was jumping on President Bush about getting into action.

The same Humvees that have been reported as far back as 2009 as costing American Citizen Millions of Dollars to refurbish and make "serviceable" for Iraq when we leave.

Is that crazy or what?

We say the equipment is not worth bringing home to America, or worth selling to Americans as say Army-Navy Surplus, but instead the Obama White House is authorizing Millions of Dollars be spent on refurbishing our equipment to that it's all up to par for the people that we're going to give it to!

Is that nuts or what?

The Marine Corps traditionally uses smaller quantities of stuff than the Army, Navy, and yes even the Air Force.  But the fact is that we're talking about Billions of Dollars worth of equipment.

It is the bulk of the cost of Iraq War.  It is where most of the money has gone.  When people ask where all the money went to?  Well, a lot of that money went to stuff.

Sure we've spent a lot on contracts and salaries and insurances, but friends it has mostly gone to pay for all sorts of stuff that's needed to keep the war in Iraq going strong. It's takes stuff to keep the infantryman out in the field with his rifle and pack, jets flying sorties, helicopters refueled and in the air, tanks armed and rolling, and all of the Humvees moving.

And yes, it takes people to deal with all that stuff. In fact, I can remember that they used to say it takes 9 Marines working in Support Functions to keep just 1 of us Marine Infantryman (the Grunt) in the field ready to do his job.

Those 9 Marines are the ones who use most of the stuff needed to accomplish the mission. They use the trucks, they move the troops and the vast supplies.  They make the meals, write the paychecks, do the planning, man the air traffic control towers, handle the ammo, operate the drones, program the computers, fix the computers, and much much more.

Logistical support is the backbone for all Operations, from making sure tank and artillery support is available to making sure there are mechanics and firefighters and fuel handlers ready to go.  Logistics is the aircraft mechanic, the technician, the loader, the armourer, the trainer, the medical team, the radar man, the guy in supply, the truck driver.

Yes, rather than ship home all of that valuable military hardware, our stuff, all because someone in the present administration says that it would mean excessive shipping costs - we're going to leave millions of pieces of equipment behind.

When all is said and done, the White House estimates that 3.47 Million pieces of equipment worth $313 Million will be handed over to the Iraqi Government.

And remember that this is an Iraqi Government which still hasn't formally asked us to stay beyond the December deadline that was set by the Obama Administration.

Army Major General Buchannan, a spokesman for U.S. Forces in Iraq, says "it wouldn't be cost prohibitive to take these supplies out of the country along with the troops. But there are other considerations."

"It seems to me we really have three choices," Buchanan told Fox News in an interview from Iraq. "We can either leave the equipment to whoever may find it, basically abandon it as we transition the base, or we can pay the millions of dollars it would take to move this equipment back to the United States. ... Or we can maintain complete accountability of it and transfer it to the government of Iraq, who may still be able to get some use out of it."

Buchanan said "handing the equipment to the Iraqis is the most responsible route."

To him maybe! But to me it doesn't seem right.

I understand that by one estimate we the American taxpayer will save $600 Million by leaving this equipment in Iraq, but that conflicts with a 2009 report detailing how Americans will spend over $800 Million to refurbish all of that equipment before handing it over to Iraq.

According to defense officials who want to stay in line with the Obama Administration, Humvees and mine resistant vehicles, whose V-shape hulls protect troops from roadside blasts, are worth the cost of refurbishing, but trucks and SUVs worth $30,000 when purchased new in 2004 are only worth about $5,000 to $8,000 today.

The later would cost more than that to ship back home to the United States  And yes, you're right if you think Politics is playing a role in the decision to leave our equipment there.  Fact is that some of our Defense Department folks who fear looming defense budget cuts believe that it make it more cost-effective to leave equipment in Iraq than to bring it home, especially since budgets face cost-cutting by Congress.

Now does that make sense to you? Not me either!

If you know that budget cuts are coming - then you should also know that you're not going to have the money to replace all of that equipment you left behind.  Subsequently, your unit will not be adequately prepared to do their job if that equipment is not at hand when it is needed in the future.

Besides, why not bring it all home until you can replace what needs replacing incrementally.

If my tractor goes out on a neighbor's property, I don't just leave it there thinking that I can just buy another tractor when I get home.  I take it with me and fix it to get it working again.  I replace it when I have to.  But as everyone knows, you don't replace something if you ain't got the money.

And by God, friends, we just don't have the money to do business as it was being doing.

Unlike some government procurement people out there, most Americans don't have a Sugar Daddy by the name of Uncle Sam to replace something whenever they want to.  To say that equipment should be left behind in Iraq and given away is poor management at the least - and at worse, an abuse of the public trust!

Knowing that some services will face cuts should motivate our services to start thinking like folks who don't have a blank check. Hard times, budget cuts, less money, should mean the same for the White House that it does for everyday Americans.

We have to use it up, wear it out, make it work!

The U.S. military built about 505 bases and outposts at the height of the Iraq War in 2005 and during the surge. About 34 of those bases remain in U.S. hands according to Pentagon officials.

Those bases cost the American Taxpayer Billions of Dollars to build and look as though they were built with the idea that U.S. planes and forces could use them in the future as a long-term basing option. But now that doesn't look like the case because of the new "cut and run" policy from the Obama Administration.

In Balad, Iraq, for example, there is a 15-square-mile joint base that is home to three dining facilities, several sports fields, a movie theater, and the largest airfield in Iraq.  And yes, it was all built with U.S. taxpayer money.

Tough life huh! And no, we didn't have anything like it when I was in the service.

Gen. Buchanan said some of the amenities on these large bases, including swimming pools, were already there. "Those bases were in the Iraqi Security Forces before we came. We occupied them. I am not going to apologize for ensuring our soldiers can sleep at night when it's 120 degrees outside," he said.

The Obama administration has since decided not to negotiate to position more than a very small training force of Americans inside Iraq.  That, my friends, means that those heavily modified airstrips and bases will be given to the Iraqis at NO COST.

Another example of equipment being left behind is the Obama plan to leave behind the common jersey barrier, or T-wall as it's known in Iraq.  The walls, shaped like an upside-down "T," lined the roads throughout Baghdad at the height of the war and served to protect government and commercial buildings from bombs and other attacks.

Of course no one in the Obama Administration has given any thought to bringing all of our equipment home to sell to businesses and the American people to recoup some of the money the We The People spend on all of that stuff.

If we had a few more Capitalists in the White House instead of the Socialists in their now, I'm sure someone would be thinking in the mode of making a return on the equipment that we the American Taxpayer have spent money on.