American History 101: Why Are We Called Americans? 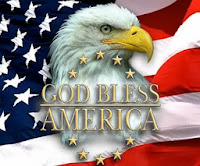 An email from a young gal struck me as interesting - among other things, she wanted to know why we are called Americans?

Besides saying how she has an anti-American teacher, she went on to ask a few questions including why aren't the folks in Canada and Mexico called Americans since they too are from North America? Her teacher says they should be.

Thinking about this, I figured the short answer is that we are called Americans simply because this is America - and this is where we are from.

Then I remembered one of the crewmen of a fishing boat in Baja Mexico who told me that he was "also an American" - a North American.

Both he and I knew that besides being called the derogatory word "gringo" by almost everyone south of the border, that the more polite way of referring to Americans down there is by calling them "Norte Americanos" - which means North Americans.

And just for the record, although being accepted more today, actually calling an American a "gringo" is pretty much the same as calling an Italian a "wop," an Irishman a "Mick," an Asian person a "chink" or "gook," a white person a "honky" or a "cracker," or a black person a "nigger."

Calling a black person "colored" was generally accepted as inoffensive years ago, but the word is now considered disrespectful - yet for some strange reason the term "a person of color" is not.

Of course, the NAACP (National Association for the Advancement of Colored People) continues to use its full name - and they do did it unapologetic with absolutely no desire to change it.

While the nations of Canada and Mexico are on the North American Continent, their citizens are known for the name of their nations - Canadians and Mexicans.

It is sort of like the term African-Americans. Africa is a continent, not a nation. I met a man who was a Egyptian-American.

When I referred to him as being an African-American because he was from the African continent, he quickly corrected me and told me that he was "from Egypt, not Africa."

That would be the same as referring to two people from Germany and France as Europeans and making the mistake of thinking that they are the same people.

"Yankee" or "Yank" is a colloquial term for Americans pretty much around the World because of it being applied to Americans since the 18th century by the British.

And yes, one of the earliest recorded uses is in a 1784 letter by famed British Admiral Horatio Nelson.

Before that, in 1758, British General James Wolfe made what is believed as the earliest recorded use of the word Yankee to refer to people from what was to become the United States. He referred to the New England soldiers under his command as Yankees

But believe it or not, Yankee was a derogatory word to some - and may still be.

During and after the American Civil War, from 1861 to 1865, Confederates popularized it as a derogatory term for their Northern enemies.

There's an old joke in the South where a Southerner says, "I was twenty-one years old before I learned that 'damn' and 'Yankee' were separate words."

Of course, for us here in the United States, "Yankee" usually refers to people specifically from "the North" -  the Northern United States.

Why the "United States of America"?

In 1507, German cartographer Martin Waldseemüller produced a world map on which he named the lands of the Western Hemisphere as "America" after Italian explorer and cartographer Amerigo Vespucci.

Yes, that's how it happened. It was just that simple.

The first documentary evidence of the phrase "United States of America" is from a letter dated January 2, 1776, written by Stephen Moylan, Esq.

He was George Washington's aide-de-camp and Muster-Master General of the Continental Army.  He referred to our new nation as the "United States of America" when he wrote a letter to Lt. Col. Joseph Reed.

The first publicly published evidence of the phrase "United States of America" was in an anonymously written essay in The Virginia Gazette newspaper in Williamsburg, Virginia on April 6, 1776.

In June 1776, Thomas Jefferson included the phrase "UNITED STATES OF AMERICA" in all capitalized letters in the headline of his "original Rough draught" of the Declaration of Independence.

In the final Fourth of July version of the Declaration, the pertinent section of the title was changed to read, "The unanimous Declaration of the thirteen united States of America".

In 1777, the Articles of Confederation announced, "The Stile of this Confederacy shall be 'The United States of America'".

"Columbia", a name popular in poetry and songs of the late 1700s,  derives its origin from Christopher Columbus; it appears in the name "District of Columbia".

"United States", "American" and "U.S." are used to refer to the country adjectivally - for example: "American values" or "U.S. forces".

The phrase "United States" was originally treated as plural, a description of a collection of independent states—e.g., "the United States are."

The American Civil War changed all of that when the Thirteenth Amendment to the United States Constitution was ratified in 1865.

After that, it became common to treat our nation as a single unit — e.g., "the United States is."

The singular form is now standard; the plural form is retained in the idiom "these United States".

The difference has been described as more significant than just one of usage. It reflects the difference between a collection of states and a unit.

In non-English languages, the name is frequently translated as the translation of either the "United States" or "United States of America", and colloquially as "America".

How About The Term "American"?

First uses of the adjective "American" referenced European settlements in the New World.

"Americans" referred to the indigenous peoples of the Americas, and later to European settlers and their descendants.

English use of the term "American" dates to the 17th century; the earliest recorded appearance is in Thomas Gage's The English-American: A New Survey of the West Indies in 1648.

"American" applied to people in British America, and its use as a demonym for the United States by extension.

The United States Declaration of Independence of 1776 refers to "the thirteen united States of America", making the first formal use of the country name; the name was officially adopted by the nation's first governing constitution, the Articles of Confederation, in 1777.

The Federalist Papers of 1787–1788, written by Alexander Hamilton, John Jay, and James Madison to advocate the ratification of the United States Constitution, use the word "American" in both its original, Pan-American sense, but also in its United States sense.

People from the United States increasingly referred to themselves as "Americans" through the end of the 18th century; the 1795 Treaty of Peace and Amity with the Barbary States refers to "American Citizens."

George Washington spoke to his people of "the name of American, which belongs to you in your national capacity…" in his 1796 farewell address.

Eventually, this usage spread through other English-speaking countries; the unqualified noun "American" in all forms of the English language now chiefly refers to natives or citizens of the United States.

In the English language, the word "American" is only used to refer to citizens of the United States.

While different languages use different terms for citizens of the United States, who are known in English as Americans.

The standard way to refer to a citizen of the United States is as an "American".

So yes, "American" is the name for a citizen of the United States of America.

Yes, Our Culture Baffles The World!

Our culture, the culture of the United States, is primarily Western European.

But as a melting pot, our culture is influenced by Native American, Mediterranean, Slavic, Asian, Spanish, African, and much much more.

As Americans, we have our own unique social and cultural characteristics such as American-English dialects, various types of music, arts, social habits and traditions, regional and ethnic foods, and folklore.

Since we are all in this great melting pot that we call "The United States of America," and no one former nationality is superior to the others, I believe that that is the reason that no other nation on the earth truly understands us.

Americans of all former-nationalities work together.

And yes, that fact alone makes us unique and exceptional. It makes us unlike every other nation on the planet. We have no one majority.

Whether some like it or not, through assimilation we unite and get things done.

In fact, so much so that we Americans have developed a uniquely American ideology called "Americanism" which is based on:

As for why so much discontent lately?

Well, today there's a lot of worry and genuine concern that the "state" (the government) is over-extending its power and authority over Americans.

A recent poll shows that 81% of Americans don't trust the government, and today more people are feeling pressure to "obey" the government.

We have 50 states today, but when we became united to stand against the British in 1775 - there were only 13 states.

What governs our federal government is the Constitution of the United States. It is our Owner's Manual.

When our Constitution was written back in 1789, Americans just got finished fighting a war against a British government that practiced taking away their rights, imposing high taxes, over-regulation, and enslaving Americans through force, fine, penalty, prison, confiscation of property, or all of the above.

Sound familiar? Yes, many think these same things are taking place today by our government.

Our federal government is supposed to be governed with the intention of never allowing that to take place again.

A free people stays vigilant and reminds the government that it works for us, not vice-versa. And yes, this in itself makes us exceptional in the world around us.

Did I Cover Everything?

So now Megan, I hope I answered all of your questions.

Good luck in that class with that teacher who doesn't see anything special about America or believe that there is any such thing as American Exceptionalism.

Try not to be too disappointed in your teacher. For me, I've grown to just feel sorry for teachers like her who do not see our nation as one that is exceptional among other nations.

Remember the quote, "there are none so blind as those who cannot see." American exceptionalism is easy to see for those who want to.

And yea, I believe that that's really what it comes down to. It's not a matter of cannot see it, but simply a matter of refusing to see America for what she is.