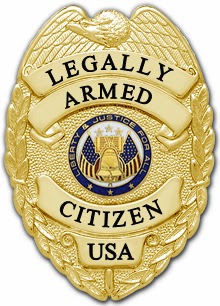 The liberals in command of the California State Capital in Sacramento are crying right now!

The reason for all their tears?

A federal appeals court has struck down California's concealed carry rules, saying it violates the Second Amendment right of Californians.

The 9th U.S. Circuit Court of Appeals said California was wrong to require applicants to show good cause to receive a permit to carry a concealed weapon.

"The right to bear arms includes the right to carry an operable firearm outside the home for the lawful purpose of self-defense," Judge Diarmuid O'Scannlain wrote for the majority.

While you and I probably agree with the common sense and wisdom shown by Judge Diarmuid O'Scannlain, the one dissenting vote cast by Judge Sidney Thomas doesn't see it that way.

Dissenting Judge Sidney Thomas wrote that the good cause requirement limits the number of people carrying concealed handguns in public to those legitimately in need.

Thomas wrote, "It limits the risk to public safety by reducing the number of guns in public circulation, but allows those who will most likely need to defend themselves in public to carry a handgun."

Understand the logic that Judge Sidney Thomas is using here!

According Judge Thomas, he is for a law which violates our Constitutional rights as Americans to protect ourselves against criminals who are carry illegally.

Why? Well, according to people like this Judge, the public's safety is somehow served better if law-abiding citizens are limited in their ability to defend themselves against criminals who don't give a shit about the law.

Does that make any sense? No!

Friends, the public good is served better when the public can better defend itself.

And no, that's not hard to understand.  Our right to self-defense is one of the basic principles of law in the United States, and has been since our conception.

Awarding concealed weapon permits has been the responsibility of each of California's 58 counties. Officials have been required to follow the state rules requiring applicants to show good cause and moral character.

Now the San Francisco-based Federal Court has ruled that those requirements are too strict - and in fact run afoul of a 5-4 landmark U.S. Supreme Court ruling in 2008 that struck down a Washington, D.C., handgun ban.

The 9th Federal Court ruling is a big deal.

It is not just a case of law-abiding citizens being allowed to have handguns in their home for self-defense, now it goes to the heart of our rights as human-beings to defend ourselves with all means possible -- including a firearm.

The appeals court reinstated a lawsuit filed in 2009 by Edward Peruta, who challenged San Diego County's denial of a concealed carry weapons permit.

The ruling disagreed with three other Federal Appeals Courts that have upheld permit rules similar to the one in California.

The significance behind today's ruling being in disagreement with other Federal Appeals Courts is that the U.S. Supreme Court often takes cases when federal appeals courts issue conflicting rulings.

So yes, while it may be a victory for us who are busy fighting to protect and defend the Constitution of the United States as written -- the liberal Supreme Court may rule that they are wrong and that our right under the 2nd Amendment to defend ourselves is null and void.

Tom Correa
Posted by Tom Correa at 1:19 AM No comments: