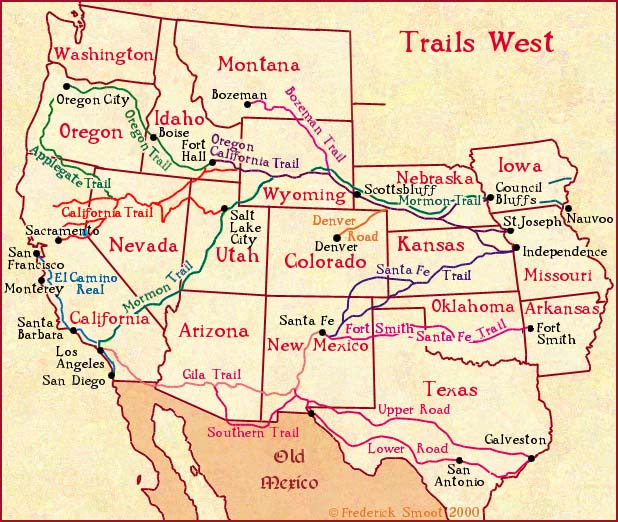 The California Gold Rush, 1848 to 1855, began on January 24th, 1848, when gold was found by James W. Marshall at Sutter's Mill in Coloma, California. The news of gold brought some 300,000 people to California from the United States and all corners of the world.

Yes, they were known as "Argonauts." And while the Gold Rush did include thousands of miners heading west in wagons, many of the first prospectors actually arrived by ship. Few of them had a return ticket. And within months, San Francisco's port was filled with ships that had been abandoned after their passengers, and crews, headed for the gold country to hunt for gold.


San Francisco began to boom and demand for lumber increased dramatically, and the ships were dismantled and sold as construction material. Hundreds of houses, banks, saloons, hotels, jails and other structures were built out of the abandoned ships. Other ships were used as landfill for lots near the waters edge.

Today, more than 150 years after the great California Gold Rush, construction workers still stop at time to bring in archeologists and preservationists to investigate finds of relics buried beneath the city. And yes, sometimes entire ships are found beneath the streets of San Francisco.

At the time, gold initially was valued from $12.00 to $35.00 an ounce. The world's second largest gold nugget, and California's largest, was found at Carson Hill in Calaveras County in 1854. It weighed in at 160 pounds.


Prospecting for gold was a very costly enterprise. Most of the men who flocked to northern California arrived with little more than the shirts on their backs. Once in California, the new arrivals needed to buy food, goods, and other supplies,

This was great for San Francisco’s merchants who were willing to provide everything needed at a price. And yes, that price was high. For example, at the height of the boom in 1852, a prospector could expect to buy a single egg for $3 each. Coffee went for more than $100 per pound. Replacing a pair of worn out boots could set you back more than $2,500. Whiskey was $16.00 a bottle. Pills for whatever ailed you were $10.00 each without advice, and $100 each with advice.

In early 1848, California's non-Indian population was less than 20,000; two years later in 1850, the federal census accounted for 93,000 non-Indians. And no, that does not include the census returns from San Francisco, Contra Costa, and Santa Clara counties because they were lost.

In 1852, the state took its own census and counted 223,856. Yes, the California Gold Rush ushered in the largest mass migration in United States history.

Just 20 months later, following the massive influx of settlers, the non-native population had soared to more than 100,000. By the mid 1850s there were more than 300,000 new arrivals. And yes, 1 in every 90 people in the United States was living in California.

All of these people, and their money, catapulted California to statehood. In 1850, just two years after the U.S. government had purchased the land, California became the 31st state in the Union.

Immigrants from around the world rushed to California. By 1850 more than 25 percent of California's population had been born outside the United States. Fact is, as news of the discovery was slow to reach the East Coast of the United States ships took the news to Hawaii and to South America. This is why many of the first miners to arrive were from Hawaii, Asia, and South America. And by 1852, more than 25,000 immigrants from China alone had arrived in California.

Since the vast majority of those who journeyed to the California gold country were men, by 1852 it is said that 92 percent of the people prospecting for gold were men. The few women who traveled West made a living in the growing boom-towns by working in the restaurants, saloons, brothels and hotels that quickly arose.

Some women's journals on the east coast ran ads encouraging educated, morally minded young women to travel West "to tame these men." But the percentage of women in gold mining communities was never much higher than in 1860 when they still numbered fewer than 10,000. Yes, just 19 percent.

As the amount of available gold decreased, miners began to fight one another for profits and anti-immigrant tensions soared.

California's Indians suffered the worst consequences of such violence.. Before the Gold Rush, California's native population numbered roughly 150,000. Within 20 years, more than 100,000 had died from personal attacks, disease, mining-related accidents, and war. It is estimated that more than 4,000 were murdered by angry miners.

By 1851, some miners who recognized that the placer gold was harder to find formed partnerships with their neighbors to form corporation to buy expensive hydraulic mining equipment. Soon hundreds of small companies took over the gold mining efforts in the Sierras.

By 1860, according to one account, hydraulic mining "was strictly big business, with a handful of owners and hundreds of wage laborers." Though hydraulic mining had yielded over $100 million in gold, or one-third of the total gold produced in California, because of it's negative impact on the land by 1880 that mining practice was banned.

The boom started to peter out and the state's gold production in 1865 was less than $18 million overall. But though that's the case, 1855 is the year considered by most to be the actual year of the end of the California Gold Rush. I believe they consider that the peak.

Of course, more fortunes were made by merchants than by miners. Some men realized very quickly that there was more money to be made by catering to newly arrived miners rather than mining. But while that's the case, all in all, it is said that very few individuals really prospered from placer mining. Fact is that most of the real money was had by people who got together and formed corporations so that they could afford hydraulic and quartz mining equipment.

In 1869, the name "Mother Lode" was coined and referred to only five counties: Mariposa, Tuolumne, Calaveras, Amador and El Dorado. And yes, some estimates say that more than 80% of the gold in the Mother Lode is still in the ground.

And as for the thousands of prospectors who got rich, John Sutter wasn’t one of them. John Sutter was a Swiss immigrant who fled Europe in the 1830s to finally settle in tiny Yuerba Buena, modern-day San Francisco, in 1839.

With the assistance of the local Mexican government, Sutter quickly realized his goal of establishing an agricultural community on a 50,000-acre tract of land he called “New Helvetia,” which is Latin for “New Switzerland".

His land became an important outpost for emigrants traveling to the west. It was during the construction of a sawmill on Sutter's land along the American River that one of his employees first discovered the gold nugget that would change the world. Sutter was initially more interested in maintaining control over his property, and actually tried to keep the discovery quiet.

But once the news leaked out, most of his workers had abandoned him to search for gold themselves. All while thousands of other prospectors flooded into his land and destroyed much of his equipment.

Faced with mounting debts, John Sutter was forced to deed his land to one of his sons. His son used it to create a new settlement called Sacramento. His father was furious since he had hoped the a new town on his land should be named after him.

Nearly bankrupt, John Sutter tried to get the United States government reimburse him for his financial losses. But that, well that just wasn't in the cards. So yes, while thousands of others became rich off his former land, John Sutter retired to Pennsylvania and died a very bitter man.


As for Sutter's Mill, in the flood of 1862 Sutter's Mill was destroyed. Yes, it is said that all traces of it were obliterated. And it wouldn't be until another flood in 1924, that the mill's undeveloped foundations was again exposed and it was again "discovered." The mill was then re-created using old photographs and Marshall's own drawings.

By 1852, at its peak, a total of $2 billion worth of precious metal was extracted from the area during the Gold Rush. During that time, over 125 million troy ounces of gold was mined, at a worth of more than $50 billion by today's standards.

And as I said earlier, thousands of prospectors got rich. But really, that fact doesn't matter to the thousands who returned east with empty pockets and sour over the experience. One such case was Hinton Helper. He was said to be "notoriously grouchy."

In 1855, he published The Land of Gold: Reality versus Fiction. In it the author states that after he worked for three months of digging in the California mines, all that he was left with was a profit of 93 and three-quarter cents. His conclusion was that "California can and does furnish the best bad things that are obtainable anywhere in America."

The "notoriously grouchy" Hinton Helper died in 1910. His obituary in The Polk County News reported that he died "obscure, neglected, and in abject poverty." So no, I'm thinking his book on mining during the California Gold Rush was probably too negative to make it a Best Seller.

Too bad really, because there were many Argonauts who did not prosper in the mines yet still prospers later as merchants catering to the miner's needs. They did not let not finding gold in the ground stop them from finding gold in the pockets of others.