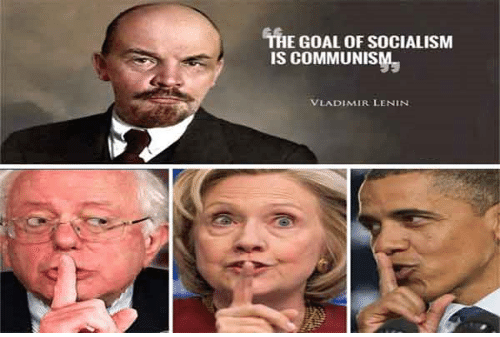 These days the Democrats make no secret anymore about their desire to confiscate guns, and repeal the Bill of Rights — especially targeting the 2nd Amendment. Yes, all to keep the people unarmed against a totalitarian government.

Under Communist Revolutionary Vladimir Lenin, the Soviet Union became a one-party communist state governed by the Russian Communist Party. His ideology was Communism, but he expanded it and soon Marxism became Marxist–Leninism. Vladimir Lenin said, "One man with a gun can control 100 without one." Democrats know that.

As for today's policies of the Democrat Party? Much are based on the Communist doctrine of totalitarianism which go along with the United Nations’s Agenda 21 manifesto which wants a one world government under Communism.

As for the Democrat Party attacking Christians and supporting Atheism in America? Democrats have listened to Vladimir Lenin, when he said, "Communism includes the propaganda of Atheism."

The Democrats see hard times in America as their opportunity to divide the American people. During prosperous times in America, Democrats spread lies and deal in fear mongering to bring about uncertainty and a loss of faith in our nation's economy. Recently, during the best economic times in modern history for our nation, the Democrats and their media stooges are spreading uncertainty by spreading the word that we are headed for an economic recession -- even though that is purely conjecture and wishful thinking on the part of the Democrats.

Is that all right out of the Marxist–Leninist playbook to divide and bring discontent to our people? To answer that question, ask Democrats why it is so important for them to control the media, and why they hate Fox News? Vladimir Lenin said, "The press should be not only a collective propagandist and a collective agitator, but also a collective organizer of the masses." This is what Democrats are hoping for.

As for the hate spewing from the Left, the Democrat Party, those who serve the Democrats in the mainstream media, are they adhering to what Lenin advised when that Communist leader said, "We can and must write in a language which sows among the masses hate, revulsion, and scorn toward those who disagree with us."

It appears that's what the Democrat Party is doing today. Yes, especially when we consider their constant animosity, antagonism, and open contempt for anyone who supports American values and embraces the promise of free-enterprise. Of course, the "oppressed" which the Democrat Party is fighting for today is actually wealthy college kids who see revolution and infecting pain on others as fun and exciting -- as is the case with ANTIFA which is the militant arm of the Democrat Party. 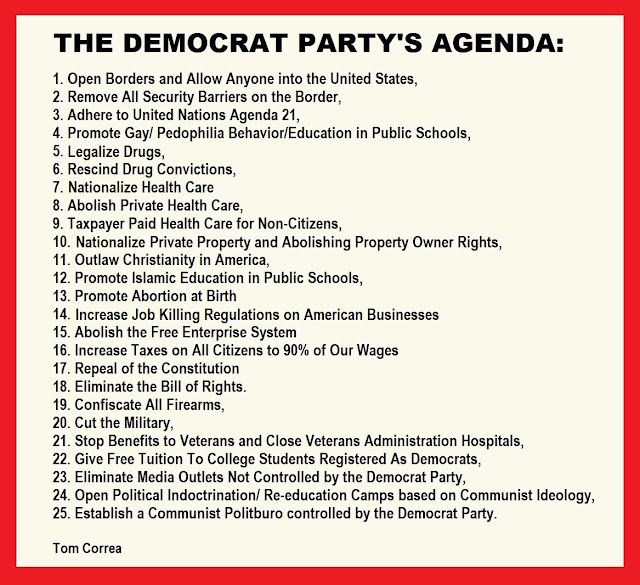 If the Democrat Party is not embracing Vladimir Lenin's ideology of Communism, if I'm wrong, then ask Democrat candidates running for the presidency to swear support of our Constitution, ALL of our Bill of Rights, condemn government take over of our rights including (for example) the state of Oregon where the state government there has deemed that rain belongs to the state and not the people.

If not, ask Democrat candidates to celebrate America's First Principles and stop glorifying the Communist Doctrine that has failed and killed millions of people throughout the world. If they are not embracing Vladimir Lenin, ask the Democrat candidates out there to affirm that an armed citizenry is needed in Cuba, Venezuela, North Korea, or China to stop the oppressive Communist governments there from enslaving their peoples?

And if a Democrat candidate for president refuses to answer such questions, ask your local Democrat politician if he or she would stop attacking our Capitalist system which is responsible for rising more people out of poverty than any other economic system. Since the Democrat Party is constantly attacking the benefits that Capitalism brings to the world while openly supporting total Socialism, ask them to explain why people who support Socialism apparently forget to mention that it leads to Communism and slavery?

Democrats don't want you to be reminded of what Vladimir Lenin said, "The goal of Socialism is Communism." No, not while they embrace Vladimir Lenin's form of Communism. After all, wanting Communism is the Democrat Party's dirty little secret.

Tom Correa
Posted by Tom Correa at 4:55 PM No comments: