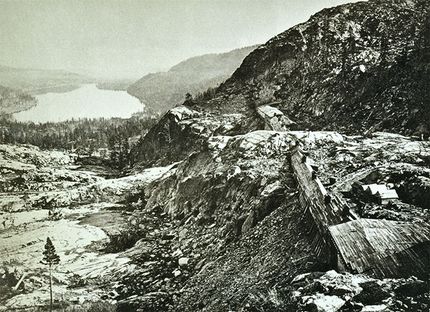 The researchers were about 70 percent confident they would find at least one human bone, assuming those human bones were less than 1 percent of the sample and their remains were processed and preserved similarly to other fragments, Robbins said. The human bones would have been on the top of the deposit, Robbins said, but none were found.

"The findings don’t prove that cannibalism didn’t take place," Robbins said, "but they suggest that, at the Alder Creek site, cannibalism may have been limited." -- end of the article.

So was there cannibalism? Well, the fact is that there is no physical evidence of cannibalism taking place there. So if there was cannibalism there, it's my belief that it may not have been as rampant as it was portrayed in the sensationalized newspaper accounts of the time.
Tom Correa
Posted by Tom Correa at 11:56 PM No comments: