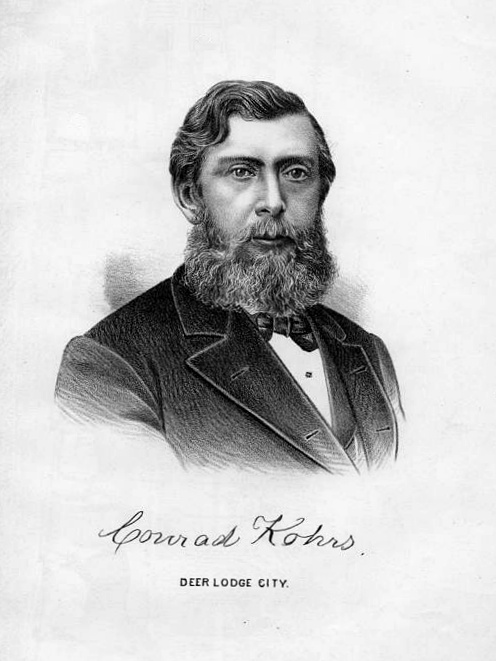 A few of you have asked me about the latest television series "1883." Some of you are asking why Montana didn't see the arrival of cattle until that year.
Well, according to records, cattle ranching in Montana actually began in the late 1840s. Documentation shows how the first cattle operations in Montana were started in Deer Lodge Valley by Johnny Grant and Conrad Kohrs. In fact, the founding of the cattle industry in Montana had everything to do with the Oregon Trail and the Westward migration.
The story goes that Westward bound pioneers needed fresh oxen and cattle about the time they reached what would later become Idaho and Montana in the 1840s and 1850s. Most folks believe that early pioneers primarily used horses and mules, but it was oxen that played a dominant role in pulling those wagons West. And really, there are a few great reasons why oxen were preferred over horses and mules in most cases.
While our pioneers traveled about 12 to 15 miles a day, they did so for 6 months from where they started. The entire trek was over 2,000 miles. And as for their oxen, they only moved about 2 miles an hour. For those who may not know, oxen are castrated bulls used as draft animals. Draft animals are domesticated animals used to pull wagons or draw heavy loads. Draft animals pull wagons and other farm work equipment such as plows, stone boats, skids, and logs. Animals used for pulling can be harnessed to pull other equipment and even remove stumps. Historically the most common draft animals were oxen.
As I said before, oxen are castrated male cattle (bulls). And because of that, some people refer to them as "working steers." Oxen are trained in a yoke to pull equipment. Oxen tend to move more slowly than horses and mules. As I said before, the pioneers used mostly oxen because of a couple of reasons. First, while oxen were slower than mules and horses, oxen have better stamina than horses and mules. That made them ideal for plowing large fields or pulling wagons a longer distance without having to rest. Other reasons why oxen were preferred have to do with advantages such as they ate less, require less care, oxen can pull heavier loads, and unlike horses and mules -- cattle don't sweat. Actually, cattle don't sweat effectively so they rely on respiration to cool themselves.
As for the question that I'm asked a lot, "Why were oxen preferred in place of horses and mules by pioneers coming West? First they were easier replaced along the way by entrepreneurs who some called "road ranchers." When livestock became fatigued and trail-worn, they were traded out for the oxen kept at trading posts for just that purpose.
This was a very shrewd way of making money. The so-called "road rancher" kept cattle, oxen, mules, and horses, ready to swap them out. In some cases, it was a two-for-one proposition. The "rancher" would trade one of his rested animals for two from the pioneer passing through. In that way, a rancher would increase his herd, graze his cattle cheaply, keep them on hand to trade, and have them available for the wagon trains next Spring. One of the men who made a lot of money this way was Montana's Johnny Grant.
Grant was born a Canadian in 1831 at Fort Edmonton. His father was responsible for setting up trading posts, which were essentially forts, for the Hudson Bay Company. In 1847, Johnny joined his father in what was Fort Hall. Today, we know that place as Pocatello, Idaho. It was there that he learned about trading stock with travelers coming West.
About 10 years later, Johnny Grant was grazing his stock in the Deer Lodge Valley at Cottonwood. The place we know today as Deer Lodge, Montana. It was there that he built a trading post and home. Like most small businesses of the day, the trading post store was on the first floor and the family's living quarters were on the second floor.
At the start of the Civil War, his ranch provided beef, horses, mules, and needed supplies to miners headed for the Bannack and Virginia City, Montana, goldfields. By 1863, Johnny Grant is said to have had over 3,000 horses and over 3,500 head of cattle on his ranch.
Some say it was the rising taxes of the times. Others say it was increasing crime after the Civil War that made him sell out. And yes, there are those who have written to say that he started having problems with the law, and that spurred him into selling out and moving to Canada. Either way, by 1867, he sold his ranch and herd to Conrad Kohrs for almost $20,000. Of course, $20,000 in 1867 is equivalent in purchasing power to about $375,605.41 today. So no, it's not as if Grant didn't make money when he sold out and left.
Conrad Kohrs was a few years younger than Johnny Grant. Kohrs was born in Denmark and started out as a cabin boy aboard a ship at the age of 15. During his three years at sea, he sailed to Africa, South America, and later to the United States. He started out in New York City and then Davenport, Iowa, where he was employed as a butcher, a salesman, a log raft pilot, and even a distillery worker. By 1857, Kohrs became a legal U.S. citizen.

Soon, like many, he was drawn to California for the Gold Rush. After he played out his hand there, he drifted to the Fraser River diggings in Canada, and then to Bannack in 1862. In Bannack, he worked as a butcher earning about $25 a month. For those of you who are curious, $25 in 1862 is equivalent in purchasing power to about $687.99 today. Of course, while he was working at Hank Crawford’s butcher shop making $25 a month plus room and board, he was building a great reputation as a solid employee.
His knowledge and dedication to Hank Crawford paid off as he was soon making $100 a month. And since I know that you'll want to know want sort of paying power $100 had in 1862, $100 in 1862 is equivalent in purchasing power to about $2,751.96 today (2022).
Soon, Conrad Kohrs owned Crawford's butcher shop. How he ended up owning it is an interesting story in itself. The backstory on that has to do with how Hank Crawford was a very popular man in town. He was so popular, that in 1863, Crawford was asked to run for sheriff. He ran against a known gunman by the name of Henry Plummer.
Crawford won the election, but Plummer didn't take his defeat very well at all. In fact, a very angry Plummer is said to have gone looking for Crawford with a shotgun right after the election. Supposedly, they met and Crawford ended up shooting Henry Plummer first. But, unlucky for Crawford, he only wounded Plummer who as I said before was a noted gunman at the time.
Where does this story end? Well, fearing that Plummer would seek revenge, Sheriff Hank Crawford left town with only the money that was in his butcher shop cash register. Henry Plummer became Sheriff right after that fiasco in a new election that May.
How does this tie in with Conrad Kohrs? Well, when Crawford skedaddled out of town as fast as he could, he essentially left his business to Kohrs. Kohrs took that butcher shop and made it into a thriving business. In fact, Kohrs turned out to be such an entrepreneur himself, that he hired butchers and opened shops in other gold mining boomtowns.
At first, Kohrs bought and traded for whatever cattle that he could find locally in an effort to build his herd. And yes, he was also known to have gotten cattle from Johnny Grant. But when the numbers of local cattle dwindled, he brought in cattle from Texas and even California. Soon, Kohrs was ripe with cattle for his own needs, to supply his butcher shops, and actually ended up selling cattle to other ranchers.
Kohrs died in 1920 at age of 85. He had seen the cattle industry evolve from the days of the mountain men through the days of the open range and into the days when the range was wired off and managed. Because of his contributions, he rightfully earned the nickname, "Montana's Cattle King."
It's true. The Conrad Kohrs started when he and his brother would drive herds of cattle to Montana, by buying and selling, and expanding their Montana cattle empire. At the peak of their operation, it is said that the Kohrs grazed cattle across 10 million acres. And yes, it is also true that for a while, they ran the largest cattle operation in North America for decades.
Tom Correa
Posted by Tom Correa at 8:57 PM No comments: