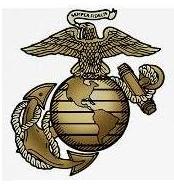 On this Marine Corps Birthday, I wanted to write something nice and sentimental about the Corps.  But then I decided to knock off the bullspit, and just tell you all how I really feel.


I joined the Marine Corps a lifetime ago, and it has been a huge part of my life ever since.  I feel God has blessed me in that way.
When I was in Boot camp in the very early 1970's, I heard a great story that I want to pass on.  I've always remembered it.  In fact I have to admit that over the years when I've heard other Vets talk about how tough their branch of the military had been, I always remember this story.
Supposedly it's a true story. But then again, who really knows!

The Story of Second to None.

It happened during the Korean War.  A war correspondent visited an R&R area in the rear well South of the action.  When he arrived he saw that there were two separate camps.

The first was a very well equipped U.S. Army camp which looked absolutely immaculate.  The correspondent was very surprised to see that the Army had Koreans houseboys cleaning up after them, and maids doing their laundry, cutting their hair, shinning their boots, and pressing their uniforms and such.

The camp had portable trailers and new tents with wooded floors.  The tents were insulated and equipped with curtains for the Soldiers, so that they would be able to have privacy.  The camp served high quality hot food that was cooked fresh daily by cooks, and yes three times a day.  They had clean running water, and portable toilets that were maintained for them by their Korean servants.

For entertainment, the Army set up a Bar and an outdoor theater for movies.  There was also a stage for the USO show when they dropped in, and yes, there was even a volleyball court set up for the troops to exercise off the stress of being away from home.

The war correspondent was thoroughly impressed.  That is, he was until he found the Marines camp down the hill away from the Army.

It was obvious that the camp for the U.S. Marines was not exactly set up for R&R.  But then again, rest and relaxation meant something different to the Marine Corps.  He soon found out that it should never be confused with resting or relaxing.

The camp looked like it was slapped together.  It was extremely temporary, but then again the Marines did not believe that they would be there too long after they did their job of killing Communist and ensuring the freedom of one more country around the world.

Their water was delivered in Water Buffaloes.  To Marines, a Water Buffalo is a large water tank on wheels. They lived in a collection of secondhand tents that had definitely seen better days.  The tents were big field-tents leftover from the end of World War II - that was first issued in World War I.  It was believed that some Marine Supply Sergeant must have found those old tents in the Supply Depot in Camp Pendleton and decided that he'd send them to Korea to get rid of the old stuff. 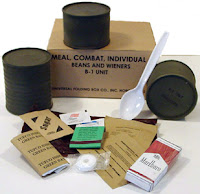 As for the food, well the chow was so-so.  Fact is that the Marines still ate C-Rations as they did in the field.  Hot chow prepared by Mess Cooks and served by Korean servants was out of the question.

Now before you start saying anything bad about C-Rations, I want you to know that C-Rations were an individually canned, pre-cooked and prepared wet ration intended to be issued to U.S. military when fresh food and prepared meals from the mess halls or field kitchens were not available.

C-Rations, or C-Rats as they were commonly called, were as good as it got when we could get it!  Since I've eaten both C-Rats and the modern MRE, I can testify to the fact that I understand why Marines joke about MRE standing for "Meals Rejected by Ethiopians."

For me, well I'll go with the C-Rat anytime.  And honestly, I personally knew a few Marines in my units who were fairly creative when it came to cooking up a C-Rat smorgasbord.  In the days before I started smoking, I traded my cigarettes that came with the C-Rations for the peanut butter - and of course for a "sweet roll."   A "sweet roll" was what we called the small roll of 3 pieces of toilet paper that came with our meal.  Yes, now you know where we got our toilet paper from when we were out in the field.

But, back to the story!

At the camp, the war correspondent noted that the Marines woke every morning at 0600 hours.  That's 6:00 am for you folks in the Navy.  And for you in the Army and the Air Force, well 0600 hours is when Mickey's left hand is on the 12 and his right hand is on the 6.

He then saw that after chow, by 0700, Marines stood formation.  Colors was at 0800.  They then returned to their huts to get ready for PT - physical training.  After that, the Marines returned to clean up their area, a GI Party, and then they waited for the Senior Staff NCO to declare Holiday Schedule, or Liberty Call, or not.

The war correspondent came to realize very quickly that the Marines camp in the rear was not set up to allow them any sort of luxury.  Rest and relaxation was not out of the question.  But he noted that it was just a different sort of rest and relaxation. It was R&R with an edge.

The Marine Corps works too hard to keep an edge on their Marines. The last thing the Marine corps wants is to have Marines start acting like the Army.

Instead of them being like the Army, the war correspondent saw the Marine camp as a place to remind the Marines of something very important, they were there to do a mission - and having a fancy R&R area doesn't mean that the war is over or your mision is accomplished.

Fact is that that war correspondent finally started to understood the Marine Warrior Creed.  They'll be glad to have a stand down, but let's do it after the job is done.  And yes, they know real well that the faster they complete their mission - the faster they'll be able to go home and be with loved ones.  Of course some saw it as the faster that the mission was accamplished, the sooner the party starts - which is not a bad thing when coming back from overseas.

The war correspondent was beside himself.  He couldn't believe the difference, so he decided to go over to the Army R&R camp and give it one more look.  He went to see what they were doing compared to the Marines.

He got there right after a Bar-B-Q, and was asked if he wanted a cold beer.  He shook his head no, and instead watched the Army enjoying themselves as they played games and such.  It looks like High School, he thought.

As he was headed back over to the Marine camp to see what they were doing, he passed under a few Soldiers as they were putting a new very large elaborate sign on their front gate.  The sign read: WITHIN THESE WALLS RESIDE FIGHTERS WHO ARE SECOND TO NONE

He thought about the Army's new sign as he walked down the hill to where the Marine camp was located. Just then he saw a Marine walk away from a sign that he had put up.  Right there in front of the shabby Marine camp hung a poorly hand painted sign which simply read:  WE'RE THE NONE

The war correspondent nodded his head in agreement.  Yes, Marines are the "None" who everyone out there is "Second To."

Some call Marines modern day Spartans. Some say we come from a Warrior Breed.  Some say we fight for our flag, our Country, God, the Corps, and each other - viciously.  I believe those who say those things are right!

I believe that we are a class of fighter who takes prisoners and protects the helpless.  We search out where our enemies hide, and we destroy their very will to fight on.  We close with and kill our enemies before they can harm those who we care about.  And yes, we care about each other because we are family.


At war, we remind our enemies why we claim to be the best. During peace, we ready ourselves knowing that no one likes to fight - but someone has to know how to do it well.  And yes, with the blessings of God, our Commandant, and hopefully our Gunnies, we do it very well.
Whether you're a former Marine or presently in our Corps on duty, I pray that God blesses you and keeps you safe.  We will be Marines until the day we die. And yes, I thank God for that! 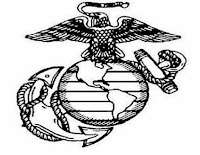