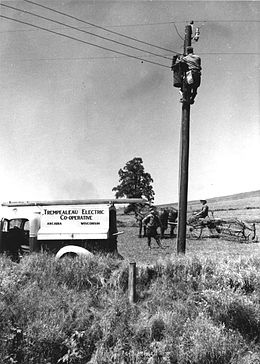 Back in the mid-1980s, I had a foreman who was a hard-working man with a great work ethic. Above all else, he understood hard times, and I respected that most about him.

I found out later that he was born in 1932, which made him 6 years younger than my Dad. Yes, like my parents, he was born and raised during the Great Depression.

Besides working together, he being my boss, we became pretty good friends over the years. For me, I mostly enjoyed his stories about growing up in Arkansas. In reality, it was because of him that I actually learned a great deal about how it was to grow up during those Great Depression years in the rural South.

It wasn't as if I didn't hear a lot about how it was during the Great Depression. My Dad and my Grandfather had both told me a lot about the hard times that were everyday life for the vast majority of Americans during that time. My friend's experiences were different from that of my Dad and Grandfather because my family is from Hawaii. During that same time period, conditions in Hawaii were very similar to what was going on the "mainland" or "in the states." But at the same time, things were also very different as well.

For example, where my family worked for the pineapple and sugar plantations on Oahu, my friend's family were sharecroppers in Arkansas. Where my family was poor, they still had a roof over their heads because it was provided to them by the plantations. In contrast, my friend's family was essentially homeless after losing their farm. And where my family was able to have a small garden where they could grow vegetables to help save money that they didn't have, his family didn't have any of that for a long time after losing their farm. Because of that, he remembered going hungry at times because his father just couldn't find work.

The REA was one of President Franklin D. Roosevelt's "New Deal" Federal programs. Like the others, it was meant to spur economic growth and improve the sad state of America's economy. Specifically, the Rural Electrification Administration was set up to better the working conditions of those working in American agriculture and their families, which were hit especially hard by extended drought and flooding during the Great Depression. In essence, the REA, the Rural Electrification Administration, gave incentives to corporations to build power plants and put in power lines in areas where there were none.

For some odd reason, President Franklin D. Roosevelt doesn't get a lot of credit for working with big corporations. People forget that part of the New Deal was to jump-start employment. The fact is President Roosevelt did work closely with corporations in huge ways to create jobs. For example, the president's federal REA program provided low-interest 25-year loans, loans at just 3 percent interest, to energy corporations to construct power plants and put in power lines in rural areas.

With those REA low-interest federal loans, corporations could make electricity available to rural Americans like my friend's family, who never had it before. Farmers, ranchers, dairymen, schools, small businesses, local courthouses, small towns that dot our nation all could afford to have electricity in their homes, farms, businesses, and much more.

President Roosevelt's Rural Electrification Act of 1936 was passed to believe that electrified agriculture would improve incomes and raise standards of living in rural America.

Before the REA, electricity to rural America was costly simply because of fewer customers per mile of electric line than urban areas. Because of the cost of building lines and still making a profit, many private power companies, energy corporations charged rural customers more per kilowatt-hour than they charged urban residents simply because they were trying to recoup costs. Before the Rural Electrification Administration (REA), it's just that electric service to rural Americans was minimal.

Before the passing of the Rural Electrification Act of 1936, the federal government had already tried to provide rural Americans with electricity by way of creating the Tennessee Valley Authority (TVA). In 1934, the TVA began providing fairly inexpensive electricity to rural Americans in the Tennessee River valley. Because the TVA was such a success, everyone, including the politicians in Washington D.C., saw that agriculture benefited by using electricity.

It is said that those in agriculture saw processing made easier and production increase. It's also said that their families saw the benefits of electric lights, electric well pumps, electric washing machines and stoves, and even radio. It was the TVA that actually spurred demand in rural areas for inexpensive electricity.

The Rural Electrification Administration was created to meet that demand. The Tennessee Valley Authority's (TVA) success proved that getting power to rural Americans as possible and financially feasible.

Rural electrification has fulfilled the promise of improving the standards of living in rural communities across our nation. Ranchers, farmers, dairymen, their families, and their communities all benefited, and their lives became better for it.

I remember my friend telling me that he was about 9 years old when his family got their first light bulb. He told me about how his Mother stayed up for hours during their first Christmas after getting that first bulb. He said his Mother sat and waited for the bulb to go out just as if it were a candle. He said his Dad had to explain to her how she didn't have to worry about it running out of oil or about it burning down to nothing as a candle would. He told her it would stay on as long as she kept didn't flip the switch to turn it off.

I remember my Arkansas friend tearing up when remembering how his Mother refused to flip the switch because she was afraid that it wouldn't come back on again. How she just sat watching that lonely bulb. All the while with tears of joy running down her face. All over the mere thought of having a light a hundred times brighter than an oil lamp. Light as she never experienced. Light with the flip of a switch.

He said she saw that light as a gift from God and Franklin Delano Roosevelt.
I think she was right on both counts. That's just the way I see it.