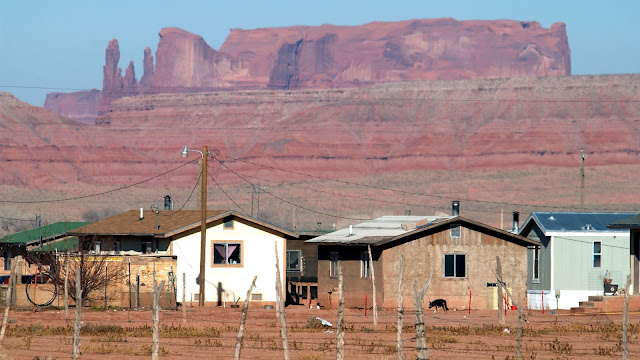 I was corresponding with a reader about the Left's desire for Socialism and the upcoming presidential election. As I stated to my friend in a letter, for me, the choice is clear. We have to get out the vote for Donald Trump and fight the lunatics on the Left. They don't care who suffers as a result of their ignorance about several issues.

One issue is energy production. They have no idea what it takes to create electricity. They certainly don't know what it takes to power electric cars or builds them. I find it ironic that most of them are built with petroleum products and powered by hazardous waste batteries. Of course, the Left wants electric cars, but they don't want to build the power plants to power them.

They see coal as a bad thing, yet they don't understand that coal is used for more than just energy -- such as for the production of iron for building buildings. As for oil production, the Left has no idea that 47% of every barrel of oil goes into making the more than 6,000 manufactured products that we all use every day -- including cell phones and just about everything behind the counter at their local Starbucks. And though they think solar and wind power are the answer, they don't realize that those two methods of creating power are the least reliable and the least productive.

As for the Global Warming Hoax, the Left is way too dumb to know when they are being had. They really think paying more in taxes, giving up 70% of their paychecks to the government under Bernie Sanders' plan will somehow stop the weather from changing. Talk about not very smart.

As for wanting to surrender their Constitutional rights, or their idea that no one needs to be responsible to pay their debts, or their child-like view of Socialism and their idea that everything should be free, I can't believe that they are truly that dumb. The Left's propaganda machine supports the idea that no one has to pay for anything. And sadly, there are fools on the Left who are so stupid that they believe they will get everything free without having to pay for it in some way, shape, or form. Talk about child-like mentalities. They really think a nanny state is a good thing.

On March 3rd, 1871, the Indian Appropriations Act was passed. It was an amendment ending tribal recognition and the treaty system. At that time, American Indians were made "wards of the state," which means that they were considered wards of the Federal Government. It also meant that the federal government no longer needed any sort of tribal consent in dealing with the tribes. What happened after that is a perfect example of how Socialism does not work in America. The reason for that is that it's a perfect example of what life is like when the government sees you as its children and them your parent.

We don't have to look to Venezuela, Cuba, or the former Soviet Union to see how Socialism fails. We would all be "wards of the U.S. Government" if we ever give up our freedoms and choose to be in a Socialist government. Native Americans have a pathetic healthcare system, unemployment through the roof, poverty is widespread, so is drug use, alcoholism, domestic violence, incarceration, divorce, depression, and suicides. If Americans want to see the true ill effects of American Socialism, all one needs to do is see how the American Indian on reservations has suffered under such a nanny state.

Do you think I'm exaggerating? My friends, 5.2 million American Indians live on tribal lands. While that's only about 22% of America's Native American population, their living conditions are comparable to that of Third World countries. And like Third World countries, the only people profiting from such a Socialist system are crooked government officials, crooked tribal leaders, and shifty contractors, all of who take the lion's share of the funds allocated for those on the reservations.

Since Socialism is supposed to give everyone everything free, why is it that Socialism on the reservations has meant American Indians have seen nothing free? And instead, they live in overcrowded, substandard housing where three or more generations of a family live in small two-bedroom homes. And while most Americans take for granted things like adequate plumbing, available kitchen facilities, telephone or cell service, electricity, cable providers, heating, and air conditioning, Indian reservation housing is mostly absent of such common luxuries. In fact, on reservations, one would be lucky to find amenities such as running water in most reservation households.

Since poverty is widespread thanks to the American Indian being a "ward of the Federal Government," such amenities are viewed as luxuries. As for employment, the only jobs to be had are either connected to the tribe or with the Federal Governments in some way. The fact is, there are few private employers, if any, on a reservation.

And because of the abject poverty and lack of opportunity, many of the reservation households are overcrowded. Thankfully, there are those who are on Social Security, Social Security Disability, or maybe getting Veterans Disability Pensions because the lack of employment and the below the poverty line wages are all a result of American Socialism in Reservations.

What has this done to the average household on the reservations? What it has done is exactly what has happened to all of us who have struggled. The only way they survive is by getting their extended families to join together to help each other make ends meet.

Bernie Sanders is always talking about wealthy Billionaires, but he himself is a wealthy multi-Millionaire. And frankly, he doesn't have any idea of how tough things are when trying to make ends meet -- and the government limits you instead of helping you.

And as for Healthcare For All? Let's talk about Socialized Medicine, Socialism's idea of Healthcare. Since Native American reservations lack the amenities that most Americans take for granted, and their homes are overcrowded while lacking basic heat and cooling, there are increased health risks taking place. Now compound that with the no real accessible healthcare available to them.

That means that there is no such thing as adequate and preventative health care for most Native Americans on the reservations. To make matters worse, doctors and pharmacies are completely non-existent in some communities because of the under-funding.

So now, we all know that Bernie Sanders has been the Chairman of the Senate Committee of Veterans Affairs, and he didn't do anything to improve the healthcare needs of veterans. And yes, besides what's taking place on American Indian Reservations, that's the other example of how Socialized Medicine is a complete failure.

As "wards of the Federal Government," Native Americans on reservations were told that the Federal Government would provide for their care and needs. Conditioned to be dependent on the government, American Indians have faced starvation and limited opportunities. Because of this, deprivation is all-consuming, while drug use, alcoholism, mental illness, and depression have led to the highest instances of domestic violence, divorce, and suicide seen in our American society. The result is that Native Americans on reservations have horrible schools, have some of the worse poverty in our entire nation, and don't have adequate healthcare, which the government is supposed to provide.

Here's what's worse, because of the lack of funding for such Socialist programs as government-provided healthcare, non-existent medical assistance has created all sorts of huge health problems for Native Americans. For example, I read where Native Americans are experiencing a horrible epidemic of chronic diseases such as diabetes, heart disease, tuberculosis, and cancer. And sadly, the infant death rate among American Indians on Reservations is 60% higher than for Americans not living on a Reservation.

These are the realities faced by many Native Americans living on reservations. They should serve as a lesson to non-Native Americans who want to know how bad things can get right here in America under Socialism. It's true. Such is the lesson of Socialism.

And since we already have American Socialism being practice on Native American reservations, why aren't Americans talking about the truth regarding the evils of Socialism? Doesn't the truth matter anymore? Will anyone ask self-proclaimed Socialist, actual life-long Communist, Bernie Sanders, why Socialism in practice on reservations has failed to work for American Indians?

If people don't think it does, look to the reservations and see how tough they are.

I find it interesting that when asked by a tribe member to look into the negative ramifications of government-imposed Socialist programs on Indian Reservations since the 1870s, I get tons of hate mail, and the post is read by over 60,000 people. When I write part two, which has to do with how well some tribes are doing after they rid themselves of the Federal Government's mandated Socialist programs, it's read by 300 people. Could it be people who want to read the negative and not read the upside of what's taking place on some reservations?

If people want to read about the positives taking place on reservations that are trying to get out from beneath the draconian Socialist policies imposed on the reservations by the government, click this link:
Tribes Shaking Off The Shackles Of Socialism