Howard Zinn Was An Anti-American Fraud 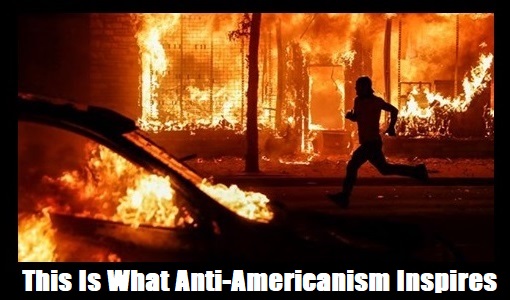 A few of my readers have asked if I've ever heard of Howard Zinn. A few of you have asked for my opinion of him. I gather I'm being asked this question because his work is being taught in colleges and universities around the United States these days. He is part of the reason that so many college students seem to hate America these days.

For the record, I have read some of his works while doing research. Frankly, I see Zinn as just a fraud. I have never found anything that he wrote to be honest. I find that his work as a supposed historian is for those who hate America. He fills a need for those looking for reasons to hate our country. He published all sorts of slanderous fantasies, purely fabrications, to justify his hatred of America. And the fact is, those who hate America love his anti-Americanism. His hatred for America feeds those who feel the same.

I'm asked if I think Howard Zinn lies in his books. From what I can see, he fabricates reasons that events took place and then attempts to pass his assertions off as fact. He tries to get his readers to believe that what he says actually took when what he says is not why the actual events took place. Yes, that's called "re-writing history."

And really, his preposterous ramblings of why things took place the way he says they did are criminally dishonest. I've read some of them and saw for myself that his findings are totally unfounded, not credible at all. Most are his baseless opinions. Of course, I think he was being intentionally dishonest to meet his Leftist political agenda of victim-hood and anti-Americanism.

Let's be real here, I'm just a writer who reports what I find interesting in history. My belief about reporting history is pretty simple: Just tell the truth about what I've found.

I believe true historians should call balls and strikes as they really happened. They should be honest, accurate, and fair. Americans love fairness. We love people who are fair. That's why most of America is not watching CNN and MSNBC. Americans don't see them as being fair or impartial. Most see their stories as falsehoods to attack people who don't share their political leanings.

Reporting history should be like reporting the news when it's reported honestly and objectively. Don't insert your own believe system, political leaning, or biases. State facts, not hearsay, half-truth, lies, and don't spread unfounded myths.

If historians give us the facts, then we'll be in a position to draw our own correct conclusions of what took place. To do this, historians should not try to interpret what they think took place. If parts of a story are unknown, they are not known. Don't try to guess what took place. And certainly, don't fabricate facts.

As for sources, use original sources whenever possible. Don't rely on what others have written or said. Their source could be wrong or suspect at best. Verify information. Gather, update and correct information. Avoid supposition, speculation, and conjecture. Above all, never deliberately distort facts to fit one's agenda. Americans don't like it when it appears an umpire is rooting for one team over another.

Being impartial is something Americans should expect from umpires, referees, reporters, and historians. Without impartiality, without objectivity, whatever a historian says simply does not matter.

Howard Zinn's hatred for the United States stopped him from being an impartial and objective historian. He was once heard saying, "Objectivity is impossible, and it is also undesirable. That is, if it were possible it would be undesirable, because if you have any kind of a social aim, if you think history should serve society in some way; should serve the progress of the human race; should serve justice in some way, then it requires that you make your selection on the basis of what you think will advance causes of humanity."

Did you get that? For him, teaching, or reporting history has to have "a social aim." That history "should serve justice." That you as a historian should report your findings "on the basis of what you think will advance causes of humanity."

Since Howard Zinn admired Communist leaders Joe Stalin and Mao, what do you think his idea of advancing causes means? Fact is, when anyone reads his read his drivel and his bio, you see that Zinn was a Socialist and an avowed Communist. It wouldn't surprise you to find out that he really did belong to the Communist Party in the late 1940's.

Howard Zinn hated the United States for all sorts of reasons. As for the idea that he lied in his books because he wanted his slanderous version of history to make America the great nation that he envisioned, he wanted a Communist America. He hated many things about the United States including our Capitalist system and our military -- which some say was because of what he himself experienced in the Army Air Corps during World War II.

Zinn was a self-proclaimed Democrat Socialist Anarchist, an anti-War Democrat who visited Hanoi during the Vietnam War and sided with the people who were killing American troops. He called for America's withdrawal from Vietnam, while knowing full-well that the South Vietnamese would not survive against the North Vietnamese backed by the military might of the Soviet Union and Communist China. He is said to have blamed the United States for the Communist invasion of the South. Some say he celebrated when South Vietnam fell to the Communist in 1975.

In 1985, it was revealed that the Communist victors killed over 2.5 Million South Vietnamese people in their Re-Education Camps created to indoctrinate all in the Communist order. Zinn refused to admit that he was wrong about the Communist threat after the world found out about the mass extermination, the genocide. Instead, being the good follower of Communism, Zinn acting as a Communist propagandist practiced the art of making the false moral equivalence of excusing the killing fields and Communist genocide by saying the policies of Communist regimes were no worse than that of the United States.

Howard Zinn excused murderous Communism as a means to an end. All in all, he was a die-hard Communist who supported the goal of spreading Communism no matter what it costs in blood -- or how many people were enslaved by totalitarian masters. Of course, his hypocrisy like those on the Left today was obvious to all. We know this since he saw nothing wrong with making money from selling his anti-American rubbish. And he did, since several like-minded Communist university professors used his books in their classes, his anti-Americanism made him wealthy.

What's my opinion of Howard Zinn? Based on what I've found, Howard Zinn was a Communist and fraud who passed himself off as an authority of American History.

In reality, his fictional accounts of what took place in history were all of his own creation. Reading his accounts of historical events doesn't depict what really took place. It's all fabrications on his part with nothing supporting his assertions. When talking about someone deliberately distorting facts to fit one's agenda, that's Howard Zinn and the work of a warped Leftist mind.

I believe his works were all meant to push a narrative of people being victimized by America policies, all while supporting his love of Communism. He did so to influence the weak minded who are easily swayed to hate America. Sadly, he was influential in shaping the way many students in America see our nation today.

As for the Communist United States that Zinn envisioned? We can all thank God that we have never surrendered our nation to such a horror. While today there are many Leftists students in America who will dote on every word of anti-Americanism from that fake historian, they should realize that they are being played for fools.

Howard Zinn was fired from Spelman College, but his Leftist leanings were a perfect fit at Boston University. From what I can see, he must have had very little respect for young people, especially college students. After all, Zinn as the Communist propagandist that he was, he must have assumed that those who read and believed his work were very stupid, gullible, weak minded, and hated America as much as he did.

Since those who espouse Communism see people who believe their brand of false information as useful idiots, he must have thought he was influencing impressionable fools and dummies too stupid to know they were being sold lies. He must have seen them as easy to deceive, easy to manipulate and take advantage of, easy to use to further his agenda of anti-Americanism.