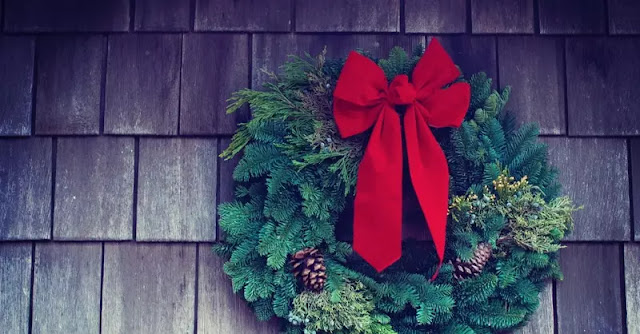 Rose Georgina Kingsley, 1845-1925, was the oldest daughter of controversial clergyman, English novelist, Rev. Charles Kingsley. If someone wants to know the extent of her family's wealth and influence, it should be understood that her father was once chaplain to Queen Victoria, Regius Professor of Modern History at the University of Cambridge, and a private tutor to the Prince of Wales.
As for Rose Kingsley, she was an author in her own right. Among her books are "South by West; Or, Winter in the Rocky Mountains and Spring in Mexico" [1874], "A History of French Art, 1100-1899" [1899]; "Eversley Gardens and Others" [1907]; and "Roses and Rose Growing" [1908].
During a visit to America in October of 1871, Rose was met by her younger brother Maurice in Denver. In one of her letters later published in her book "South by West; Or, Winter in the Rocky Mountains and Spring in Mexico" [1874], she described how she and her brother spent Christmas in Denver with friends. Her description of what took place gives us a snapshot of what could be expected by affluent visitors in Denver, Colorado, in 1871:
"As Christmas comes but once a year, and it is many a long day since we spent it together, we determined to give ourselves a treat. So on the 20th of December, Maurice shut up his books and papers; I wound up my affairs . . . and at 12:30 we were in the cars enroute for a week in Denver.
Denver looks wintry enough, under six inches to a foot of snow; but it is full of life and bustle. The toy-shops are gay with preparations for Christmas-trees; the candy stores filled with the most attractive sweet­meats; the furriers display beaver coats, and mink, ermine, and sable, to tempt the cold passer-by.

The streets are full of sleighs, each horse with its collar of bells; and all the little boys have manufactured or bought little sleds, which they tie to the back of any passing cart or carriage; and get whisked along the streets till some sharp turn or unusual roughness in the road upsets them.

We found plenty of old friends up here, and have made many more since we came. In the frank unconventional state of society which exists in the West, friendships are made much more easily than even in the Eastern States, or still more, in our English society; and, if one wants to have, as the Americans express it, ‘a good time,’ one must expand a little out of one’s insularity, and meet the hearty good-will shown with some adequate response.

On Friday evening . . . we went out for a sleigh-drive, the first I have ever had; and most delightful it was. We were muffled up in blankets and buffalo robes and all our furs. The thermometer was 2° below zero; the moon as clear as day; and, with a capital pair of horses, we flew over the smooth sparkling snow, our sleigh-bells jingling in the frosty air.

I was asked to eat my Christmas dinner . . . where Miss J. boarded; and, simply because I was her friend, every one in the house made me welcome. Dinner of the orthodox turkey and mince-pie over, we were sum­moned to the Christmas-tree in the parlour, which was decorated, in place of our hollyberries, with strings of raw cranberries and snowy popcorns, pretty to look at, and nice to eat.

The evening passed with games and music, and constant refreshments in the shape of candy and hickory-nuts; and suddenly our host turned round to me and said, 'Now, I’ll sing something for you:' and began the first verse of "God save the Queen."
It sent a thrill over me, hearing it a thousand miles west of the Mississippi for the first time since leaving England. And then I was made to sing it all through; for, though the tune is familiar enough in America, no one present knew the right words. It was a pleasant ending to a pleasant evening."

In October of 1871, Rose joined her younger brother Maurice who is known as one of the pioneers who helped to develop Colorado Springs in the 1870s. After spending time there, the two returned to Denver to celebrate Christmas. As for Colorado Springs, it is said that so many British immigrants had settled in that area by the early 1870s that Colorado Springs was referred to locally as "Little London."
Imagine that.
Tom Correa
Posted by Tom Correa at 12:54 AM