Our Founding Fathers Prepared Us For Today 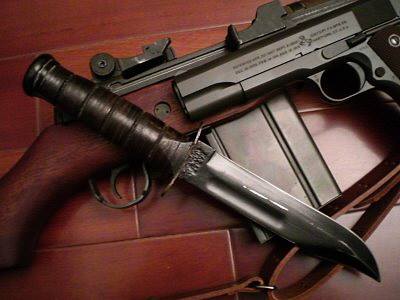 Democrats today have a thinly veiled motive for what they are doing. Thinly veiled in the respect that it has become obvious to anyone not in denial that the mission of the Democrat Party is to turn our representative democracy into a totalitarian government, a police state. I have been saying this on Social Media for a long time, which inevitably gets me banned.
As far as disguising their motive, they did much better in years gone by when they at least pretended to love America. These days, that's not the case. They must have determined that they have no need to pretend any longer. And with Joe Biden in office, their plans have been anything but covered up in any way.
Joe Biden, less than three weeks before the 2020 presidential election, in an interview with ABC News' George Stephanopoulos talked about the dangers of governing like a dictator. Biden said, "You can’t [legislate] by Executive Order unless you’re a dictator." In just over one month, Biden has signed over 52 Executive Orders. Friends, that exceeds the number of days that he has been in office. That's called being a dictator, even by Biden's own definition.
What is hard to understand is that with his political party, the Democrats, in control of Congress, one would think that he would legislate the things that he is putting into law instead of using his pen and issuing Executive Orders as if there are no limits to his powers as president.
Of course, by doing the things that he is doing through edicts, he leaves them open to be overturned by a president like Donald Trump who works for us the American people instead of special interest groups or foreign countries like China and Iran. If he would go through Congress and at least give some sort of appearance of propriety, an incoming president who works for the people would find it very difficult to overturn a law or program passed by Congress. Yet, Joe Biden is bypassing the legislative process and Congress instead of acting as a dictator with zero checks and balances.
While Biden lies to the American people by saying, "I'm not making laws, just removing bad policies," he is making laws with the stroke of his pen. All the while he does so, he is creating a dictatorial government ruled by edicts to put in place as laws. No, not laws passed in a Representative Democracy -- but edicts created by a despot who sees himself as all-powerful.
As for attempting to create a totalitarian America, even one of the most prominent Democrat voices in the Democrat Party has come forward to say exactly that. Naomi Wolf, who served as an adviser to both Bill and Hillary Clinton, told Fox News host Tucker Carlson that in her view, the United States is swiftly "moving into a coup situation, a police state" as a result of Biden's ongoing coronavirus-related economic shutdowns and edicts. Wolf added that she believes the orders are being improperly extended under the "guise of a real medical pandemic." She said, "America is becoming a totalitarian state before our eyes" under President Biden's leadership.
Wolf went on to say, "The state has now crushed businesses, kept us from gathering in free assembly to worship as the First Amendment provides, is invading our bodies ... which is a violation of the Fourth Amendment, restricting movement, fining us in New York state ... the violations go on and on."

She said, "Would-be tyrants always take when they want to close down a democracy... Whether they are on the left or the right, they do these same ten things, and now we're at something I never thought I would see in my lifetime ... it is step 10 and that is the suspension of the rule of law and that is when you start to be a police state, and we’re here. There is no way around it."

During her interview with Tucker Carlson, she said that she has interviewed Americans of various backgrounds and political affiliations. All are in a state of "shock and horror" as "autocratic tyrants at the state, and now the national level are creating this kind of merger of corporate power and government power, which is really characteristic of totalism fascism in the 1920s. They are using that to engage in emergency orders that simply strip us of our rights; rights to property, rights to assembly, rights to worship, all the rights the Constitution guarantees."

She went on to say, "The United State's overall response to the coronavirus pandemic has been completely unprecedented." She further stated, "Lockdowns have never been done in society, and really, we are turning into a totalitarian state before everyone's eyes."

When the framers wrote that, they were talking to our elected government. They were telling them, those in power, that this right is not to be violated. They were telling the government that they cannot ride roughshod over this right or the others. The framers believed that some rights are regarded as too important or valuable to be interfered with -- so it spelled it out by saying "shall not be infringed." Shall not be violated. It is lost on those in government today who see themselves as above the law and subsequently beyond observing any right as indispensable.
Of course, that train of thought by some in Washington D.C. and many in State capitols today is why razor wire fences and troops are surrounding our Capitol today. Because those politicians are there to get rich and not work to enhance the lives of Americans, proof of such is the present administration's desire to make America energy dependant on foreign nations while putting thousands of Americans out of work, by the Biden administration putting American priorities last instead of first and foremost when it comes to worrying about the welfare of our people, today the Biden administration and the Democrats in control of Congress need troops to protect them against the American people.
To justify their placement of National Guard troops around our Capitol, Democrats have lied about an "armed insurrection" at the Capitol on January 6th, 2021, when rioters breached the Capitol's poor security and entered the building. Among the other lies is that a Capital Police Officer was killed by rioters when it has just been revealed that he died of a stroke -- sad as that is, that's no different from how at least one protestor died of a heart attack while there.
This takes me to the question asked by one of my readers. What would a real "armed insurrection" look like, and do I think it is possible?
Well, I believe this. If Democrats want to see what an actual "armed insurrection" really looks like, then all they have to do is keep pushing the American people toward a 2nd Civil War. If that happens, there will not be enough razor wire and fences, nor military, to protect them from the 10 Million legally armed Americans who will show up at the Capitol to demand a change of government.
Yes, just as our Founding Fathers prepared us for by giving us the 2nd Amendment. If the government does not retreat from its quest for totalitarianism, they may find out that our Founding Fathers prepared us for such an assault on our Republic by those in government.
I believe that there are a great many Americans who are prepared to defend our rights and die doing so. The question becomes if those who seek to enslave our people are willing to die trying to take our rights from us?
Tom Correa
Posted by Tom Correa at 2:55 AM