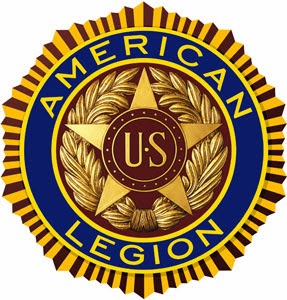 Just the other day, over at my American Legion Post, a member who is also a member of the VFW was saying how the VFW is boycotting Mexican beer and tequila because the Mexican authorities are holding Marine Sgt. Andrew Tahmooressi.

Frankly, I pray it was just a mistake.

And while that situation is being worked out, I've looked into it and found that there are indeed some VFW Posts which have decided to boycott Mexican liquor and not serve it at their posts.

And just for the record, I was a member of the VFW once upon a time -- but I haven't been a member for years.

On the other hand, I am a member of our local American Legion Post here in Glencoe.

The American Legion, sometimes referred to simply as "The Legion", is a veterans organization which provides financial, social, and emotional support to members of the United States Armed Forces, our Veterans, and their dependents.

And frankly, while we are not going to boycott Mexican beer and liquor -- we are concerned about Sgt Tahmooressi.

But realistically, while the American Legion has called for his release, many of us are hoping that our government can use its power to somehow secure his release.

Besides, as President Abe Lincoln once said when confronted with the possibility of going to war with England while in the midst of fighting the American Civil War, "One war at a time!"

And yes, make no mistake about it, the American Legion is fighting a war on behave of Veterans nation-wide.

Is it war, you ask? Well yes, sorry to say, but it has become a war of sorts just to get those who have fought for our nation the care that is rightfully theirs.

As a nation, as citizens, we have a responsibility when it comes to our military.

Allow me to elaborate, because they protect and defend our freedoms, it is our responsibility as free citizens to:

No, it's simply not that much to do on our end of the bargain.

For their blood and sacrifice, we simply have to give them "Support, Respect, Care, and Not Forget."

Never thought about it? Well, most don't -- yet it is an ageless arrangement between a population and those who fight for them.

Throughout history, all nations and cultures have had similar agreements. As for fulfilling their responsibilities, some people have been more diligent about it.

Knowing this, I ask you, should there even be a war with the VA to get needed care for our Veterans?

My answer is "Hell No!" But sorry to say, there is!

And because there are battles being fought, the American Legion is hosting crisis centers in different cities to help veterans get doctor’s appointments and benefits from the Department of Veterans Affairs.

An Associated Press report out of El Paso, Texas, talked about how Vets who have failed to receive help at troubled VA offices are turning to the American Legion for help.

Since the VA Scandal has started nearly 1,800 Veterans who have turned to the American Legion, which has held town-hall meetings and opened temporary crisis centers in Phoenix, Fayetteville, North Carolina, and El Paso.

Veterans can gain access to health benefits, schedule doctor's appointments, enroll in the VA system, and even get back pay.

The centers come in the wake of the VA scandal that brought to light long wait times and false record-keeping among other things, and are being established in towns where the VA audit showed wait times were longer.

Jessica Jacobsen, deputy director of the VA's regional public affairs office in Dallas, said the VA will use community partners, such as the American Legion, to help "accelerate access and get veterans off wait lists and into clinics."

"This is an example of this type of partnership and how it is successful," Jacobsen said, noting the VA is helping the Legion with the crisis centers, providing them with counselors, nurses, schedulers and benefits rates.

But the VA shouldn't view getting veterans access to benefits and doctors as out of the ordinary, says Verna Jones, director of the American Legion's Veterans Affairs and Rehabilitation Division.

"This is not extra, this is what is supposed to be happening," she said.

On the first day the Legion's crisis center team arrives in a town, they typically hold a town-hall meeting, where they take questions from Veterans — sometimes, the head of the local VA is there to answer as well.

In the days following, Veterans come to the Legion post and talk to counselors, who assess the best way to tackle a given problem, be it benefits, retroactive payment, scheduling a doctor's appointment or enrolling a veteran in the VA's system for the first time.

During the center's three days in El Paso, 74 veterans were told they are eligible to more than $461,000 in retroactive payments for uncollected benefits, American Legion Post 58 commander Joe Ontiveros said.

Like many Veterans dealing with the VA, Navy Veteran Rik Villarreal had given up on the VA.

Twenty years after a torpedo nearly crushed his hand, he lives with chronic pain.

When the VA closed his case, the document also acknowledged he had Complex Regional Pain Syndrome — the same diagnosis he received from a private neurologist to which the VA had sent him.

"I appealed, but they didn't return my emails. They tire you out, you get to a point where you say: 'The VA wins.' That's when you give up," he said.

His mother encouraged him to go to the El Paso crisis center — "Mijo, you gotta get over there," he said she told him — where he sat with an American Legion attorney who told the VA representatives to reopen his case.

When told he might be due some retroactive payment, Villarreal shrugged it off saying, "I don't want money. All I want is treatment for the pain."

Yes, now with the help of the American Legion, Rik Villarreal is going to get help.

So yes, while the VFW boycotts Mexican liquor at their posts, I'm proud to see the American Legion jump in and help Veterans in need.

It makes me proud to be a member of the American Legion.

Posted by Tom Correa at 2:15 AM No comments: