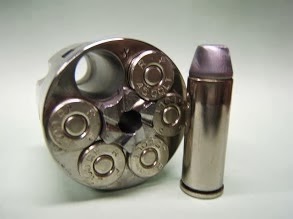 On the second Sunday of the month, I go Cowboy Action Shooting.

It is a shooting sport that is really just a lot of fun. Sure there are those who take any sort of competition serious, but for me I like the fun!

Cowboy Action Shooting is a type of 3-gun match utilizing a combination of pistols, a rifle, and/or a shotgun in a variety of courses of fire for time and accuracy.

What makes us different from most other shooting sports is that our participants must be in appropriate period correct dress -- and use Cowboy gear and other Western style accessories.

Shooters are required to wear an Old West or Victorian era style outfit and apparel.

One exception to this is that safety glasses and hearing protection must be worn when shooting.

Depending on the standards of the sanctioning organization, clothing may be historically accurate for the late 19th century or may just be suggestive of the Old West.

Some groups allow for "costumes" similar to that worn by characters in a western B-movie, such as Hopalong Cassidy or by a television star like Richard Boone in Have Gun Will Travel. ﻿﻿﻿


Now let's be frank here, some shooters only wear their Cowboy Action Shooting "costumes" when they go to shoots, others like myself simply wear our "everyday clothes".

But either way, "costume" or "everyday clothes",
if you want to shoot in a sport that allows you to wear leotards, shorts, polo shirts or t-shirts, ball caps, sunglasses, and tennis shoes -- you don't want to participate in Cowboy Action Shooting.

There are a lot of other shooting sports that folks can dress like a tourist and shoot in.

CAS requires competitors to use firearms typical of the mid-to-late 19th century such as single-action revolvers, lever action rifles all chambered in pistol calibers, and side-by-side double barrel shotguns.

And yes, there are also the Winchester 1887 lever-action shotguns and Colt Lightning slide-action rifles around.

Both original and reproduction guns are equally acceptable.

All CAS handguns must be "single action", meaning that the hammer must be manually cocked before each shot can be fired.

Competition in a CAS match generally requires four guns: two single action revolvers, a shotgun, and a rifle chambered in a centerfire revolver caliber of a type in use prior to 1899.

Each "shoot" involves a number of separate shooting scenarios known as "stages."

As with us in Rail Road Flat where I shoot, we use targets that are steel plates that ring when hit.

There are also "reactive targets" such as steel "knock-down" plates, or clay birds, or swinging targets, you name it.

So OK, it was a little warm and it was supposed to be 105 degrees today. But friends, there was no reason for not shooting today -- and we did just that!


Shooting in the trees helps once the sun shifts and shade drops on the firing line, as it did today.

And all in all, besides the heat, it was a lot of fun with good friends!

As for our match scenarios, below are listed the stages that we shot: 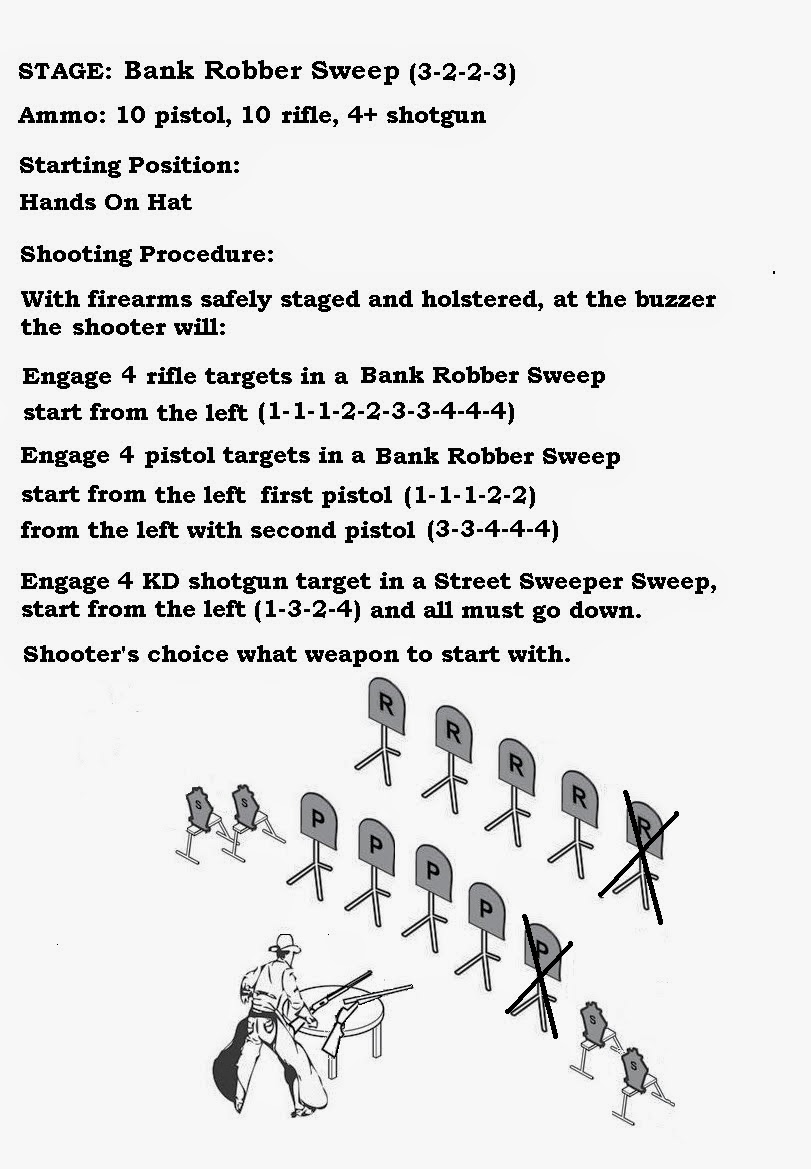 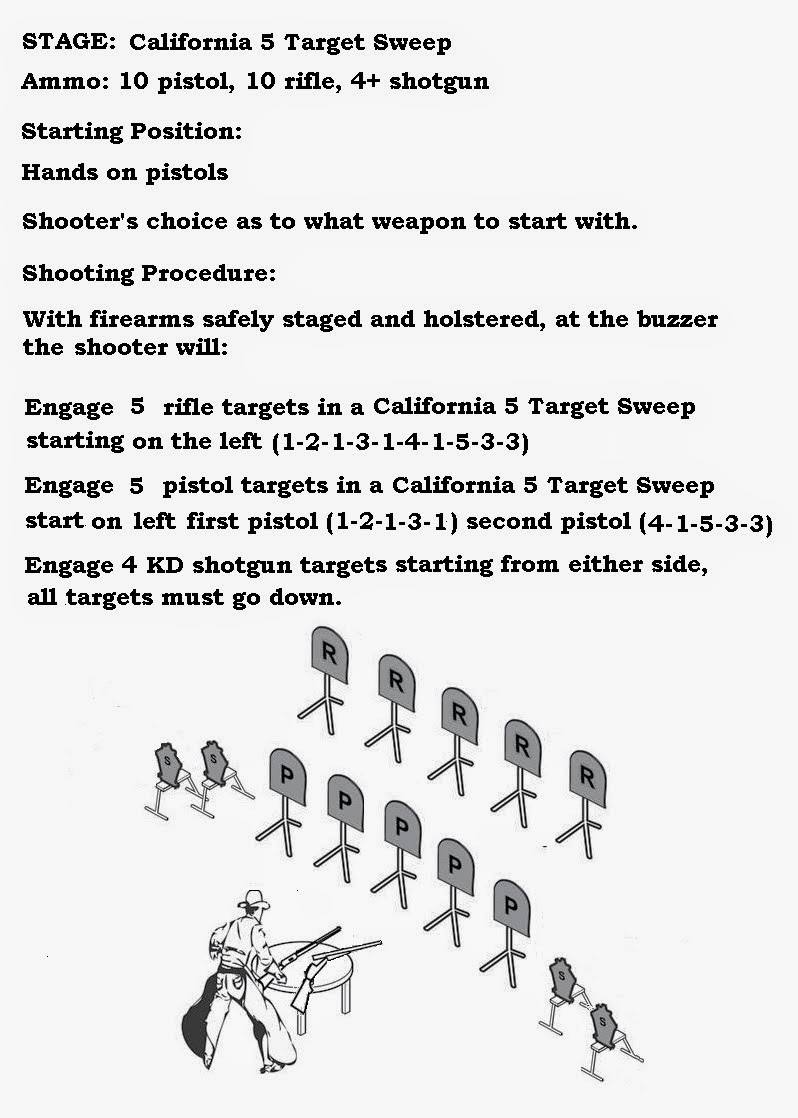 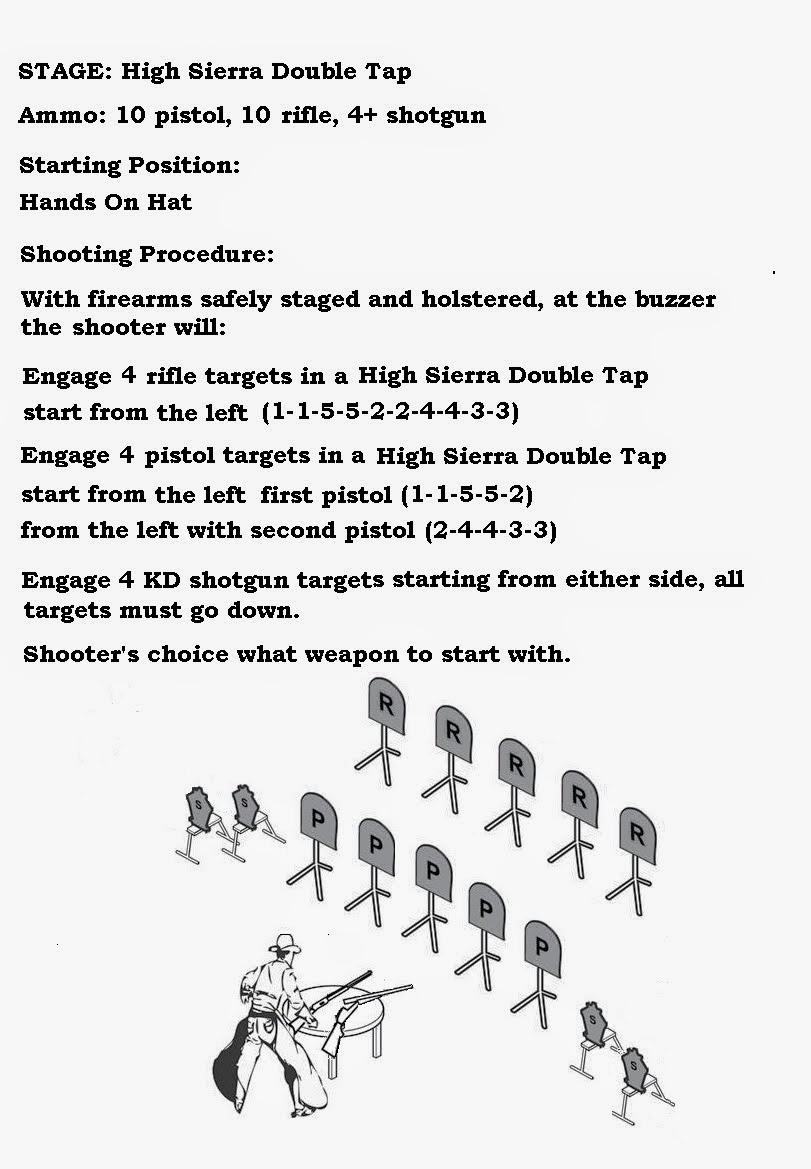 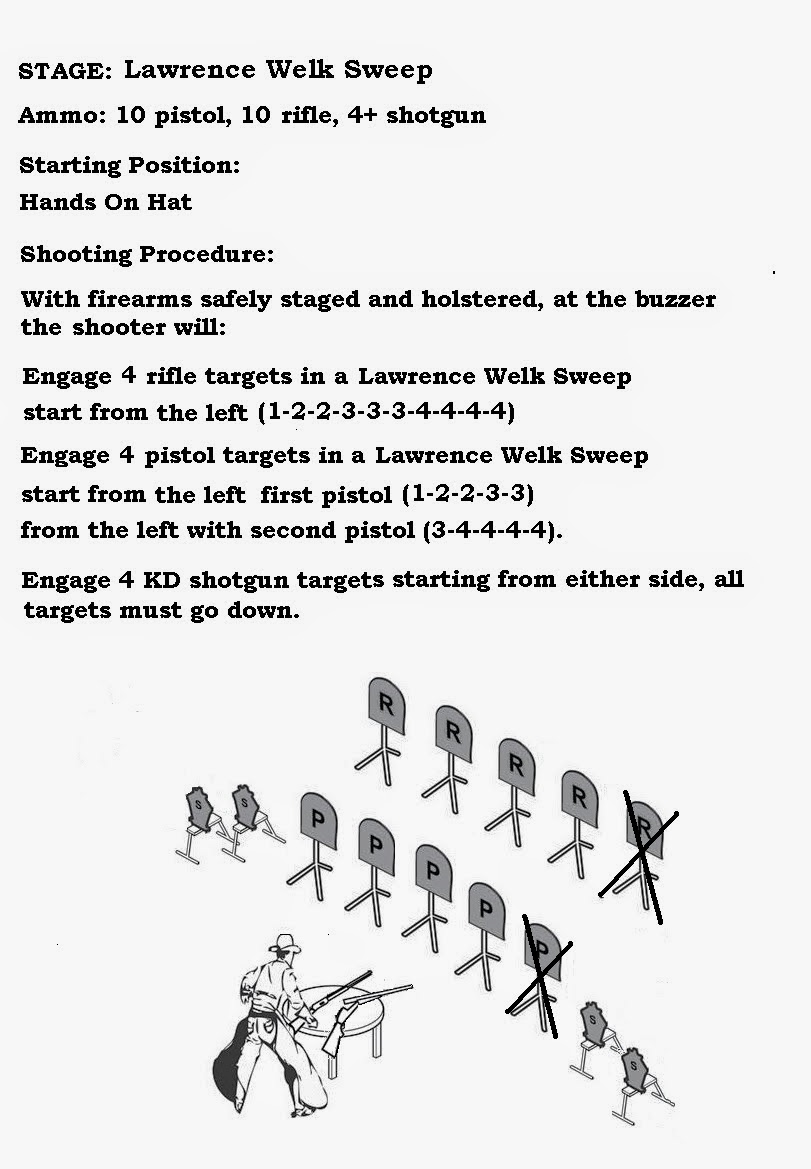 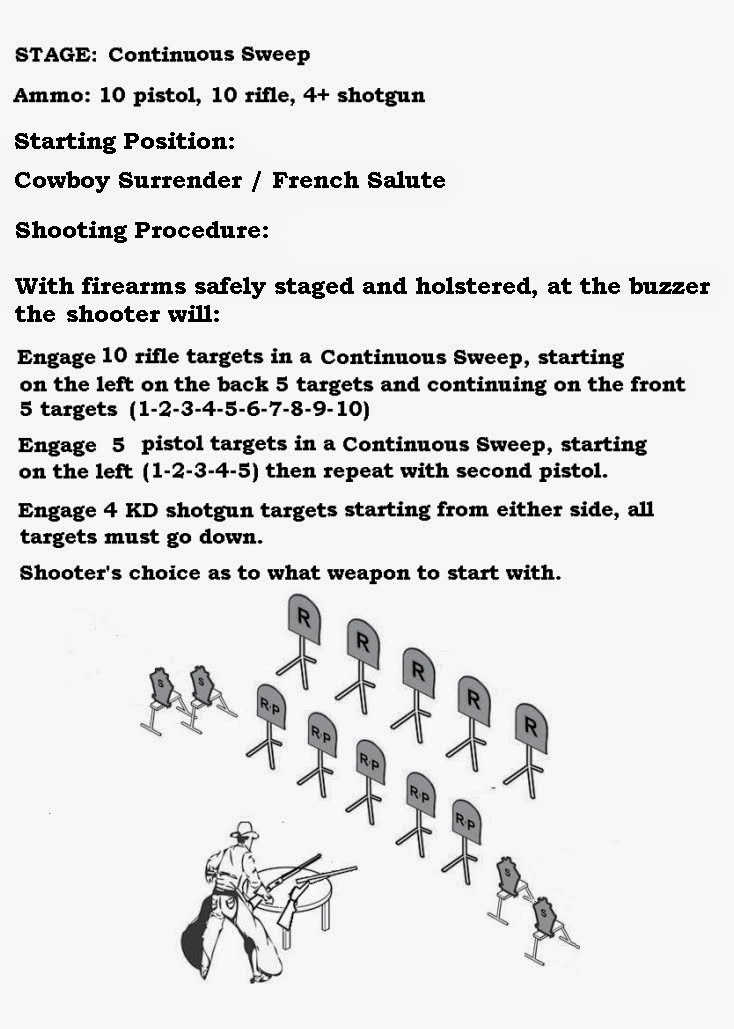 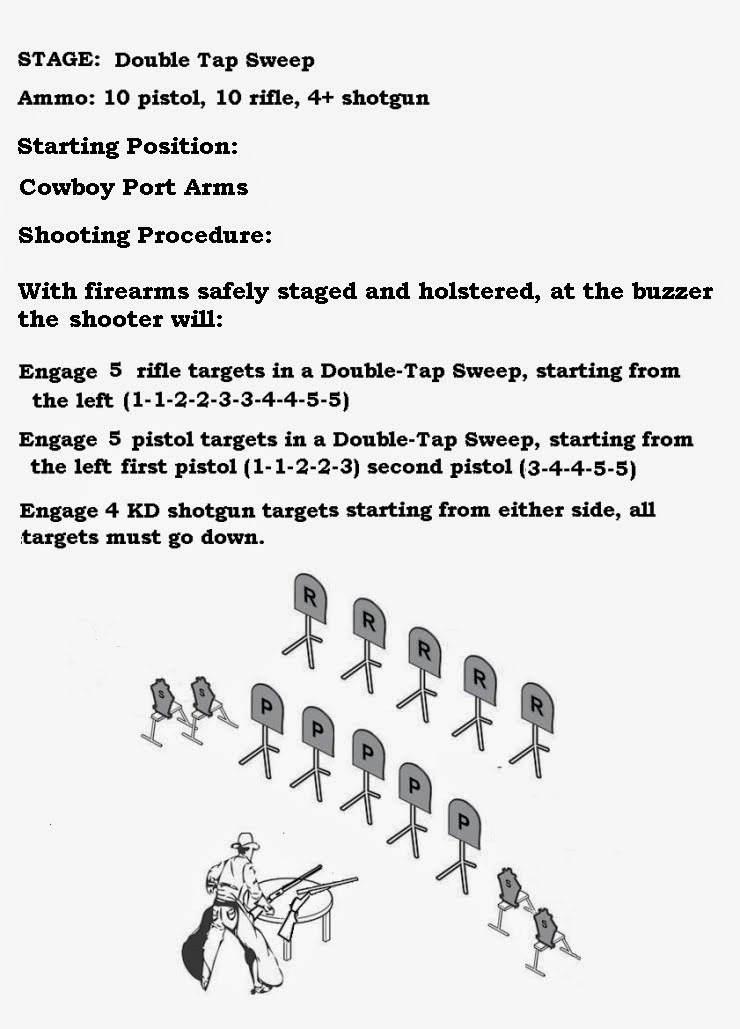 Each one of the Stage Scenarios above can be copied and used if you feel the urge.

Just help yourself by clicking and Save Image As.

Until next month, I hope your stages are clean and fun is had!