Are cows as innocent as they seem?

If your image of cows is one of gentle placid animals looking at you with those large soft cow eyes and contentedly chewing their cud, good for you!

A recent article published by the Centers for Disease Control and Prevention reported that about 20 people a year are killed by cows in the United States.

The cows actually attack humans – ramming them, knocking them down, goring them, trampling them and kicking them in the head – resulting in fatal injuries to the head and chest.

These behaviors remind us that mother cows, like other animals, can be fiercely protective of their young.

The bond between a cow and her calf is very strong and continues after the calf is fully grown. In non-commercial herds, some cows will nurse their calves for up to three years.

In January 2009, a cow reportedly knocked a woman off her bike and stepped on her legs in Boulder, Colorado. The woman was not seriously injured. News sources cited the incident as the result of a "cow engaging in people-tipping.”

Now before some politician gets a hold of that information and wants to make political points with PETA by calling for a ban on cattle, let's look at some other facts and trivia about cattle.

Facts you may already know:

A cow is a mature female, and a bull is an adult male of the bovine family.

A heifer is a young female cow that hasn't had a calf yet.

A cow can’t produce milk until she has had a calf.

Cattle is the name for the entire "cow" family.


People first domesticated cows about 5000 years ago. Someone had to be the first to try some milk, researchers are working to find out who and why?

The Greek physician Hippocrates recommended milk as a medicine some 2,300 years ago.


Cheese was an important item in the diet of the Vikings, and was an article of commerce in ancient Rome.

Monks in Europe developed the art of cheesemaking in the Middle Ages.

On his second voyage to the New World, among other freight, Christopher Columbus brought cattle.

Cows came to America with the Pilgrims. They arrived in the Jamestown colony in 1611. The arrival of dairy cows from Europe in America in 1611 helped end starvation in the Jamestown Colony.

The first documented ice cream parlor opened in 1776, in New York City. George Washington reportedly liked ice cream so much, he ran up a $200 bill for ice cream one summer.

In 1841, a New York and Erie Railroad stationmaster asked a farmer to try shipping milk by rail 60 miles to New York City. They successfully shipped a wooden churn holding 60 gallons. A few years later wooden containers for shipment were replaced by metal cans.

The modern large-scale dairy industry developed with the growth of cities and fast, refrigerated transportation. Mechanical refrigeration began in the 1880s.

The glass milk bottle was invented by Hervey D. Thatcher in 1880. Some of us are old enough to remember when Milkmen delivered bottled milk to our door.


In 1892 Nathan Straus established the first infant milk depot in the United States. He offered sterilized milk for sale at five cents a quart or one cent a glass.

Calves are born with pads on their sharp little hooves to protect their mother’s birth canal. These pads wear off easily as the little calf struggles to stand up.

The smallest type of cow is a breed called Dexter, which was bred small for household living.
The tail is the cow’s mood barometer. Unlike the dog, a “wagging” tail does not mean a happy cow.

Not being milked in a timely fashion, dinner off schedule, calves bellowing, and flies are the major causes of crabby cows.


It takes 21.2 pounds of whole milk to make one pound of butter.

It takes 12 pounds of whole milk to make one gallon of ice cream.

Cows don’t bite because they have no upper front teeth. Instead they have a thick, tough pad of skin on their top jaw. They curl their very large tongue around the grass and feed they eat.

Definition of cow tongue:  a variety of meat many people will not eat because it clearly crosses the line between a cut of beef and a piece of a dead cow.

Humans and cows have the same gestation period which is about nine months.

There are approximately 350 "squirts" in a gallon of milk. Don't believe it, I'm sure I'll repeat myself later.

Cows are very social animals. They form large herds and just like people, they will bond to some herd members while avoiding others.

A Holstein's spots are like a fingerprint. No two cows have exactly the same pattern of black spots on their white body.

The Holstein produces the most milk of all breeds

A cow drinks about 30 gallons of water per day

Cows can live 25 years if people would let them

You can guess the age of a cow that has horns by counting the number of rings on the horns. Before counting, make sure the horns belong to a cow.

A cow stands up and sits down about 14 times a day. That’s 11 more times than your average couch potato, and not as much as a NASCAR fan!

The record milk production for a single cow in a year is 55,660 pounds of milk.

It takes about 350 "squirts" for each gallon of milk from a cow's “udder” end.

Ladies, if you marry a dairy farmer, be prepared to hear at the dinner table on a regular basis a discussion of manure.

Cows can detect odors up to five miles away. At a mile their noses are better than a bloodhound. The U.S. government was going to use drug-sniffing cows but decided against it.

Cows are able to hear lower and higher frequencies better than humans. That's why you can't sneak up on them, they can hear a whisper.

Cows have almost total 360 degree panoramic vision and are able to see colors, except red. So a bull, in a bullfight, doesn’t see the red of the toreador’s cape – just the movement of the cape.

Cows drink anywhere from 25 to 35 gallons of water each day, equal to a bathtub filled with water and eat about 40 to 50 pounds of feed per day.

Dairy cows can produce up to 35 gallons of saliva a day.

To you, cud may be disgusting. To a cow, it's delicious.

Cows are ruminants or cud-chewing mammals. Sheep and camels are also ruminants.

You have probably heard that a cow has four stomachs. Not true.

A cow has only one stomach which contains four digestive compartments: the rumen, reticulum, omasum and abomasum.

The rumen is the largest compartment and acts as a fermentation chamber. It holds up to 50 gallons of partially digested food. This is where cud comes from. Good bacteria in the rumen help the cow to digest her food and provide protein.

The reticulum is called the hardware stomach because if cows accidentally eat hardware scrap (like a piece of fencing), it will often lodge here causing no further damage.

The abomasum is the fourth compartment and is similar in structure and function to the human stomach. We just can’t store hardware like the cow.

When galloping through boggy, soggy places or deep mud, cattle can run faster than horses. They have cloven hooves and their toes spread so their wide feet do not sink as deep as those of the solid-hoofed horse.

Here's a Tip: to keep milk from turning sour, keep it in the cow!

Speaking of ice cream, an average of 48 pints of ice cream per person is consumed each year in the U.S. – more than any other country. I have long argued that ice cream is one of the basic food groups.

Cows produce 90% of the milk in the world. Any warm-blooded animal such as goats, sheep, horses, reindeer, camels and water buffalo also produce milk.

Until the 1850's, nearly every family had its own cow.

There is the same number of cows as there are people in Friesland, Netherlands.

On August 18, 1953, four cows in Stearns County, Minnesota were picked up by a tornado and set down again unharmed.

India has 30% of the world’s cattle, but because the cow is respected as a sacred animal, it is allowed to roam the streets in towns and cities unharmed.

Old cows in India have their own nursing homes. Is that where we got the phrase, "Holy cow"? Could be!

The World Championship Cow Chip Throw is held each April in Beaver, Oklahoma.

Never try to pick up a soggy cow chip!

Cows don't produce as much milk if they listen to hard rock like Heavy Metal or modern Country music.

It takes all the milk from 330,000 cows each year to fill the milk needs of Wal-Mart.

The Masai tribe in Africa traditionally lives on a diet that includes cow blood- taken straight from the still-living cow. This is obtained by firing a short arrow into the jugular vein of the cow. The blood is usually mixed with milk. See, this occurs in places other than Chicago!

The Great Chicago Fire of 1871 that destroyed much of the city has long been blamed on Mrs. Kate O'Leary's cow kicking over a lamp.

In 1997, the Chicago City Council, after much research, passed a resolution exonerating Mrs. O'Leary and her cow.

The “got milk” mustache advertising campaign began in 1995.

The city of Boston was laid out by cow paths. Yes, cow paths!

Wisconsin has the most dairy cows, Texas the most beef cows, California produces the most milk and cheese.

Plastic milk containers came later, believe it or not, they started in 1964. And yes, the world hasn't been the same since!

Indicators That Your Cow Might Have Mad Cow Disease: 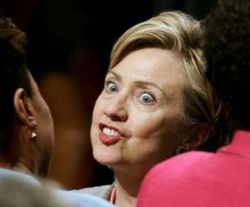