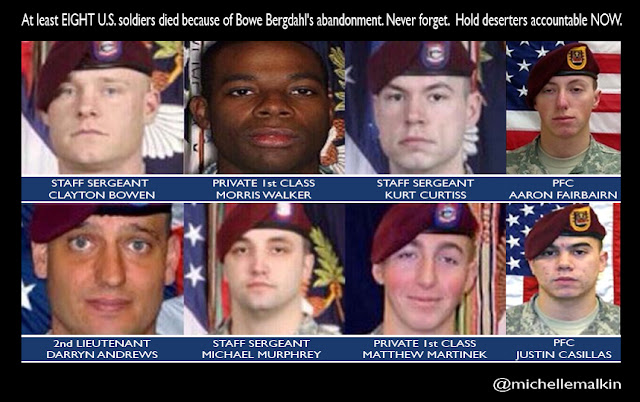 If folks don't think the Left's screwed up ideology is influence America in a bad way, it's everywhere these days.

The verdict handed down against U.S. Army deserter Bowe Bergdahl, who in 2009 deserted while stationed in Afghanistan, is a perfect example of the Left's influence ideology taking place within the U.S. Army today. Bergdahl was charged with desertion and misbehavior before the enemy.  His punishment, if you want to call it that, is a $10,000 fine, reduced in rank to E-1, and a Dishonorably Discharge. He received absolutely no prison time, even though he got 8 soldiers killed and others crippled for life. 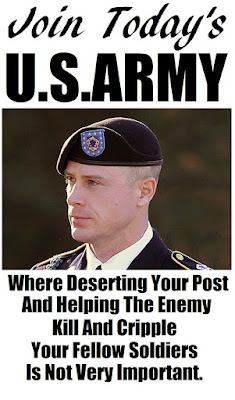 According to the Left, Bergdahl being part of the Taliban, they say "held by" the Taliban, for five years is punishment enough.  The Left wants to say that he "unwittingly feel into the clutches of the Taliban."  But the facts are that he deserted to join the Taliban and his story of being captured and not killed by the Taliban doesn't hold water.

Prosecutors had requested a 14-year prison term.  Bergdahl's defense team had demanded no prison time. His defense team won and the deserter was sent on his way scott free.

Referring to how President Obama traded a number of high level Taliban terrorists held in GITMO for Bergdahl, Capt. Nina Banks, who was one of Bergdahl's defense attorneys, said it wouldn't be justice to rescue Bergdahl  "only to place him in a cell" now.

Capt. Nina Banks went on to give her opinion of this case by saying that "Bergdahl has been punished enough ... Bergdahl paid a bitter price for the choices that he made."

Other than those on the Left, Americans believe the Judge in this case only gave him a slap on the wrist. Many of us see Bergdahl's supposed punishment for what it is, a slap in the face of our military men and women. 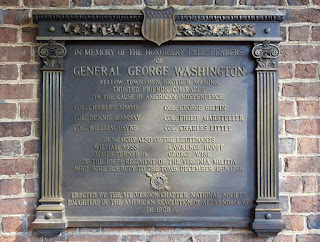 Want another example of the Left's horrible influence in our society, here you go.

The leaders of Christ Church in Alexandria, Virginia, the church that President George Washington himself attended, have decided that a plaque honoring the first president of the United States will be removed because our first President was a slave-owner. Imagine the insanity, the absolute stupidity, behind such a move.

The plague is a memorial marking the pew where George Washington sat with his family. The churches leaders have gotten on their knees and not pray to the Liberal God of Political Correctness. They have stopped being Christians who praise the righteous and forgive our many faults, and instead have not forsaken the Lord in favor of making sure they're getting in as many visitors and guests as possible.

Yes, it's my opinion that Christ Church in Alexandria, Virginia, is prostituting itself for the sake of making money. They are doing by making sure they have a stream of visitors and guests. They're doing this with the flimsiest of excuses as they say that the memorial to the Father of Our Nation makes some visitors and guests "feel unsafe or unwelcome."

In a press report, the church leaders are quoted as saying, "Some visitors and guests who worship with us choose not to return because they receive an unintended message from the prominent presence of the plaques."

Instead of feeling an incredible sense of pride, instead of a sense of history, of the presence of greatness, of the brave man who risked everything to fight overwhelming odds to create our nation, Christ Church in Alexandria, Virginia, has decided to join the ranked of the Atheist and kiss the backsides of those with the Leftist political agenda of removing historical monuments in America!

In an all out effort to erase our history, the leaders of  Christ Church in Alexandria, Virginia, will also remove a memorial there which is dedicated to Gen. Robert E. Lee.

Frankly, that group is no different than any other group of Leftist ingrates who have a limited knowledge of history. They are the same types of fools who want to make an addition to the Jefferson memorial in Washington, D.C..

In that case, there are people on the Left, notice I refrained from calling them Americans, who want to add the fact that President Thomas Jefferson was a slave-owner. But, do any of you reading this right now thing that anyone will make the notation that President Jefferson put a halt to the importation of slaves into the United States in 1806? From what I can see, they won't because the fact the President Jefferson inherited his slaves, and the fact that he stopped slave-traders from bringing slaves in the United States in 1806, does not further their Leftist political agenda. To those who want America to rip down our monuments and memorials find the truth inconvenient. 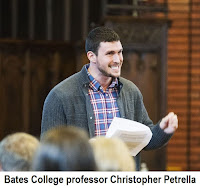 And how about this? Here's an example of the Left pushing its screwed up way of looking at things. This comes from a Bates College professor.

Just as a news person recently said that the White NFL players who refuse to kneel are actually White Supremacist, a professor at Bates College wrote an op-ed article for the Washington Post that slammed our Pledge of Allegiance as "An instrument of White Nationalism."

Among other tidbits of Leftist speak, Bates College professor Christopher Petrella stated that Francis Bellamy "tapped into the bigotry of the times for his inspiration in writing the pledge."

He also stated "While the language contained in the pledge is not overtly nativist or xenophobic, the spirit that animated its creation was steeped in this sort of bigotry."

And he goes on to say, "While defending pledge protests on free speech grounds is useful and necessary, it often draws attention away from the pledge’s political origins in nativism and white nationalism — roots that help us better understand the broader struggle for racial justice and full citizenship that drives these protests."

And by the way, have you ever wondered what the Left wants by attacking our National Anthem, our Pledge of Allegiance, our monuments, by Liberalizing our military?

I really believe their goal is to say that anything associated with our Founding Fathers, because some were slave-owners, is void of importance. They want people to see anything created by American patriots, including our Declaration of Independence or the Constitution of the United States, as being null and void. Yes, their end-game is to destroy our American heritage, traditions, weaken our society, create chaos, division, discontent, and ultimately destroy the United States of America.

As for attending Christ Church in Alexandria, Virginia? I wouldn't simply because they are showing their disrespect for our history. As for Bergdahl, his defense team, and the lenient Judge who saw fit to let him walk? I can only hope that karma pays them a visit to rectify this wrong. As for those of you who are sending your kid to Bates College? Well, I'd jack my kid out of there as soon as I could simply because you're paying for Liberal horseshit that amounts to nothing but venomous hate for America and us.

And by the way, the negative influences that I mention here are from only a fraction of what's taken place during the last few weeks. From the Left's support of ANTIFA, Black Lives Matter, the mainstream media pushing a lie about President Trump and Russia which they cannot support, to Hollywood celebrities and Democrat politicians calling for the Trump's assassination, to RINOs like John McCain and others who openly hate Trump, I simply don't have enough room on my blog to list what the Left has done to spit in the face of America during this entire year.