Why We Need Values and Morals

With the recent school shooting by a former student in Florida, many are again focused on gun control. It's a very good bet that many will want more background checks, less ammunition, more registration, less ability to own certain types of firearms, and so on. It's just the same old same old that comes out of the media and by way of politicians after every mass shooting.

Should we become jaded to such things? No. Should we look for answers? Yes. Should we pay attention to the same old calls to disarm the entire nation because of the enormity of the crime? Frankly, I ignore them.

We should not become jaded to such things because that in itself solves nothing. We must remain involved with our heads and our hearts because it will take clear thinking and an emotional commitment to find solutions to such senseless acts.

We don't want to turn our schools into prisons with sentry towers, rows of barbed wire, sally ports, a turnkey system of area entry, armed guards, and more. Besides, show me one Correctional Facility that does not have it's problems with drugs and weapons making it's way into such facilities? Show me one Correction Facility that does not have violence and/or killings, assaults on each other and the guards? Fact is, they all do even with supposedly tight security.

Correctional Facilities show us that we cannot make our grade schools to resemble prisons because even prisons have assaults and killings.

And here's a thought, while that's true and even prisons have assaults and killings, it's interesting to note that we never ever hear of a prisoner returning to prison to shoot up inmates and guards for some unknown reason. The reason for this is that the guards are heavily arms and will not hesitate to use deadly force against such a maniac if he tried to breach security.

Knowing that, should we secure our schools to protect our children? Should we arm our schools? Should we hire veterans who have been trained in the use of small arms and have close combat skills? Should we spend the needed funds to meet an assault with sufficient firepower as to seriously deter and halt such an attack?

We do in prisons, but also in all sorts of government buildings where we want to keep people safe. In Washington, we keep anti-gun Democrats safe with guards wearing guns. They don't seem to mind that.

When wanting to keep people safe, we spend the money and institute training while preparing for such an attack. As with us who have served in our nation's military, we know that our training is all about being ready if we're needed.

Looking at the entire list of school shootings that has taken place since 2000, we need to take note that there have been a large number of "school shootings" where the shooting was workplace violence between employees, was gang related, drug related, self-inflicted, and off school premises. We need to also note that a number of cases resulted in no one being killed. Also, there is this. In many situations, situations where a shooter is intent on inflicting as most carnage as possible, the shooters are in many instances stopped by the heroic actions of others who decided to act.

The anti-gun faction in America will not allow this latest tragedy to slip by without using it for their own political goals. They see the deaths of those there as a way to get what they want. They want guns banned in America. I used to think it was certain guns until I realized that they want all guns banned.

Their number one target is the AR-15 style of rifle. These rifles are not the civilian equivalent of M-16 rifles used by the U.S. military since the Vietnam War. The Liberal media doesn't want you to know that. They want you to believe that the AR-15 is a "fully-automatic" military style of "assault weapon" the "same as" the M-16 rifle.

They do not want you to know that millions of law abiding Americans own AR-15s. They are simply that popular. Are they popular because they are not very complicated and easy to use and maintain?  Probably, but they are also very versatile and can be used in things such as hunting wild boar to being used in shooting competitions.

The Liberal Left says that we should ban them because they do more harm than good. Of course, if we use that logic, then we should ban all cars that can go faster than the speed limit allows. Fact is, speeding kills more Americans in one month than all of the AR-15s ever made has ever killed anyone in our nation.

You don't hear people wanting to ban cars. That's a laughable suggestion. It's the same as banning hospitals knowing that more people die in hospitals than in all of the shooting incidents in America in any one year. Yes, hospitals and misdiagnoses kill more than all guns do. But as we both know, no one's going to ban hospitals or even call for such a ludicrous ban whether the stats justify such a thing.

There is another thing that we need to look at. We can ban all AR-15s, but let's remember that school shooting have been going on for a lot longer than the AR-15 has been around. Banning one type of gun will not stop such a tragedy from taking place.

It took place when four Delaware Indians entered the schoolhouse in Pennsylvania. Once inside they shot and killed schoolmaster Enoch Brown, and nine children. Two children were able to get away and ran for help. When support arrived, they found that the teacher was shot while the 9 children had been scalped.

So where are we?

Passing new laws means nothing to someone intent on breaking the law. No law could have prevented what took place in Florida, just as no law could have stopped the mass shooting at the movie theater in Aurora, Colorado.

Statistics tell us that school shootings, real mass shootings, and not simply some drug related shooting between a drug dealer and his buyer from a school, are up. We can arm teachers, and/or hire trained military veterans as armed security to meet the threat. But frankly, I don't see Liberals going for that. They see armed protection as justifying the existence of guns instead of vilifying them as being worthless to society.

So how about we think outside of the box? How about we get away from "the Earth is flat" crowd of no solutions other than going after guns? How about we look at what can be done from inside the school?

I've talked about armed protection situated inside our schools, but how about teaching young minds the difference between right and wrong? And before you laugh, ask yourself this, why have school shootings and the number of victims increased since the 1950 when such things were common place? Could it be that we as a society are no longer teaching the difference between right and wrong?

Could it be a matter of convenience in some way that it's not taught these days? Yes, convenience in that some people might not want people to recognize right from wrong? In what way would that ever be the case you ask?

Well, imagine a few generations of people being brought up believing that there is nothing wrong with funding a corporation that sells the parts of dead babies? Imagine a whole political party taught that it's OK to call for the assassination of an American president just because you didn't agree with his policies? Imagine more than 50% of the American public accepting what they know is not right all for the sack of putting their candidate into office, and believing that it's OK to riot and assault others because she wasn't elected?

Image millions of people who blindly accept what they hear in the news media even though it is ripe with fake news that targets Conservatives? Imagine a sector of our society that believes that they are above the law and can do whatever they want without consequence? These are all examples of people who do not know the difference between right and wrong. And if they do, they simply don't care!

So why not teach right from wrong in our schools?

Why not teach that the next person's life is just as precious as yours? Why not teach that all lives mater and not just a certain group? Why not impress upon upcoming generations that being good is not bad? That being honest and straight with others is the way to go in life?


While my suggestion won't stop truly evil people from doing evil, maybe bucking the system and teaching kids to be good is part of what we need to look at to address this problem? Maybe we should keep talking about how to secure our schools better? But also, maybe we should not allow society to teach our children how to be cruel without doing something to fight that?

Besides, I think we should ask if our schools can do something more than just teach lock-down drills? At the least, maybe we can stop horrible people who don't know the difference between right and wrong from behaving horribly? Imagine that. 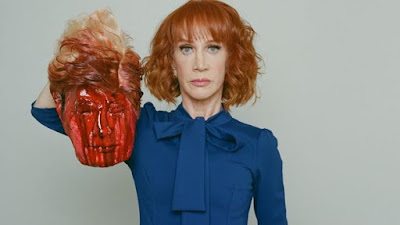