How Can The FBI Be Trusted? 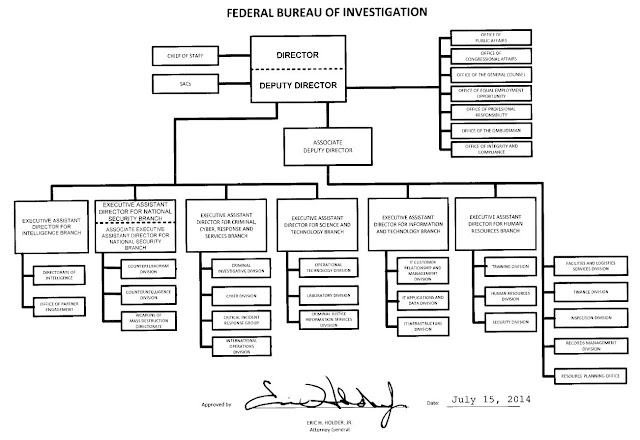 In a conversation with a friend lately, we talked about the June 2018 Inspector General's Report which condemned the corruption, the bias, the criminal actions, and the political motivated conspiratorial acts of the FBI.

In our conversation, we wondered why no one in the FBI has yet to be arrested or at the least fired? We came to the conclusion there will be no arrests because of the political connections and protections from those in charge at the FBI. Most Americans are today learning that those in charge of the FBI don't want to do their job and clean house like they should.

Since the FBI, and the Department of Justice, and members of Congress, are protecting the actions of the crooked in that federal agency, my friend and I were curious as to just how corrupt could they really be?

How much bias and looking the other way takes place there simply because members hate President Donald Trump and have openly worked for the Democratic Party today and in 2016 while wanted to see Hillary Clinton become president?

Of course, the big question is just how corrupt is the FBI since they do so many things pertaining to the lives of everyday Americans? Yes, us "middle class, uneducated, lazy pieces of shit" Americans as people in the FBI have called us. Yes, Hillary's "Deplorables" which the FBI seems to loathe as well.

According to the FBI, "In 1908, Attorney General Charles Joseph Bonaparte issued an Order creating an investigative agency within the Department of Justice. The Order was confirmed in 1909 by Attorney General George W. Wickersham, who ordered the establishment of the Bureau of Investigation. The present name, Federal Bureau of Investigation (FBI), was designated by Congress in 1935."

According to the FBI's Mission Statement on its website, they state:

"The mission of the FBI is to protect and defend the United States against terrorist and foreign intelligence threats, to uphold and enforce the criminal laws of the United States, and to provide leadership and criminal justice services to federal, state, municipal, and international agencies and partners; and to perform these responsibilities in a manner that is responsive to the needs of the public and is faithful to the Constitution of the United States."

According to the FBI, their priorities are to:
According to them, the functions of the FBI are to:
After reading all of this, and knowing that the Inspector General's report has stated that the FBI is crooked, and biased in support of the Democratic Party, how are Americans supposed to trust this law enforcement organization to do any of it's functions in a non-partisan unbiased fashion?

Who knows how many times the FBI has looked the other way and not gone after criminals simply because of their political position or connections?

How can an utterly corrupt law enforcement agency remain in a postion of authority when it has been proven to conducting itself no differently than the criminals it's supposed to be pursuing? How can American trust a federal agency that acts more like an arm of one single political party, in this case the Democratic Party?

It's obvious Americans can't trust the FBI at all. That's the way I see it.