Knowing How To Use A Gun Brings Peace Of Mind 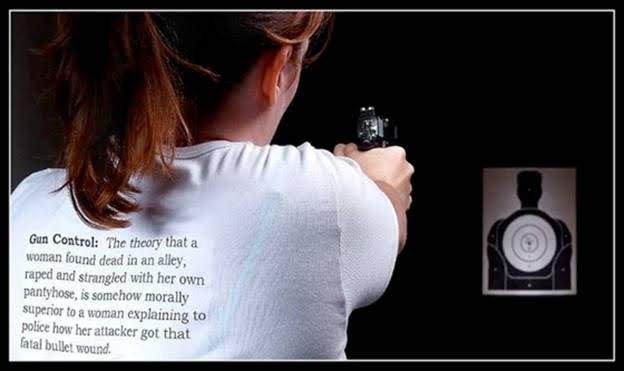 More than once in my life have I found out that a friend or his wife, or their children, has felt a sense of confidence after learning how to shoot. Whether it's  someone learning to used his or her grandfather's shotgun, or someone getting acquainted with the use of their dad's pistol, I'm always happy to hear people say how they now feel confident and competent with using a gun safely.

For some, shooting any sort of gun can feel a little scary at first. But with the proper training, fear is reduced and a sense of confidence takes over. Soon, a shooter realizes that they control the gun. They learn that a gun is just a mechanical object, a tool, a machine. They learn fairly quickly that a gun does not control you, you control it. After all, it is just an it.

What I mean by that is that it cannot get up off a shooting bench, walk itself out from a desk drawer, or jump out of a gunsafe. If it's loaded, empty, pointed away from others, used safely as it should, then that's up to its handler, the shooter, the person using it.

While it's absolutely wonderful to see firearms shooting matches today, people shouldn't think this is something new to America. One type of match shooting is called "Schuetzen" shooting. And while some may not have ever heard of it, it's been a part of American sport shooting since the early 1800s.

The word "Schuetzen" comes from the word "Schützenverein" which is German for "marksmen's club". In Germany, "Schuetzen" shooting clubs originated as  town militias which were primarily created to defend a town. Today there are no military aspects to them, but they do have a following because of the social and sporting aspects of "Schuetzen" shooting.

In Germany, it's said there's over 15,000 Schützenvereine in towns and cities all over the country. Yes, that's 15,000 marksmen's shooting clubs. Most are affiliated with the "Deutscher Schützenbund" which is the German Marksmen's Federation, also known as the DSB. The DSB was founded in 1861, disbanded in the 1930s when German citizens were disarmed by the Nazis and revived in 1951 following World War II. Nazi's didn't want an armed public because it's hard to make slaves of a people that are, and the Nazi knew that.

With over 1.5 million members in the DSB, it's the third largest sports organization in Germany. The amazing part of all of this is that the DSB is not the only sport shooting organization in that country. Believe it or not, Germans have trap and skeet shooting, as well as all sorts of other rifle and pistol competition shooting.

As for Schuetzen shooting, its Germany's oldest shooting sport. In fact, each Schützenverein, marksmen's club, organizes shooting events called Schuetzenfests. These events are a combination of shooting matches combined with a festive atmosphere. Besides the "Schuetzen" shooting, annual Schützenfests usually include food, family and fun. They also include matches with air rifles, air pistols, small bore shooting, and even crossbows.

Here in America, things were not much different in the beginning. Schuetzen shooting clubs were founded by German-Americans, those new arrivals who were still learning English in most cases, and their clubs acted as social clubs in their communities. As for shooting, they only shot Schuetzen rifles.

Schuetzen shooting clubs today are really no different than back when. They have a range for target shooting up to 200 yards. Back in the 1800s, besides shooting, those clubs would have beer on hand. As most know, beer and German immigrants went hand in hand. And since Schuetzen shooting clubs were seen as social clubs, it's said that larger clubs had extensive facilities such as an Inn, where dances, music, picnic grounds, and other entertainment were available to the entire family. It was very common back in the mid-1800s for thousands of people to attend a major event at a local Schuetzen club.

So what so different about Schuetzen shooting? Well, after seeing the "Schuetzen Rifle," I can tell you that it is not your ordinary shooting rifle or sport for a few reasons. They're just in a class of their own.

As I said, the tradition and history of Schuetzen shooting goes back over 200 years in our nation. Schuetzen itself is both a specialized rifle and a unique style of shooting. To me, Schuetzen shooting is the definition of a challenging shooting long-range competition. Matches are usually shot in the standing position at 200 yards. A special Schuetzen target with a "Bullseye" scored at the 25 ring is used. While the original Schuetzen rifles were muzzle loaders, breech loading Schuetzens have been around since the 1880s.

Charles H. Ballard's self-cocking tilting-block action was produced by Marlin Firearms in 1875. This type of shooting is only shot from the standing position and the rifle itself is design in a way that it's almost impossible to shot it from the sitting, kneeling, or prone positions. Among Schuetzen shooter, it's considered a pure shooting sport and has earned an outstanding reputation among long-range "Creedmoor" target shooters.

While I admire that sort of shooting for its skill level, in general the act of learning to shoot is a great way to build self-confidence. Besides it helping folks by spilling over into other areas of one's life, someone learning to shot also gains a sense of peace of mind when it comes to defending one's self.

Most families heading West during the 1800s knew how to use a firearm to provide for their family and protect themselves whether it was their land or their person. Households would have a gun there, and while not always crack shots, they were proficient with the guns available.


Though there were only 45 deaths on record in the Kansas cowtowns of Wichita, Abilene and Dodge City, from 1870 to 1885, and the worst year in Tombstone being 1881 with five deaths total, violence was not tolerated in the Old West and people remained armed to care for themselves.

As writer Louis L’amour put it, "Gunplay did not enter the life of every citizen, although a time might come when a man might be called upon to defend himself, The law, if present, was often beyond call, even as now. Nor was the western man inclined to call for help. He who settled his own difficulties was most respected."

It wasn't a matter of strutting around with low slung holsters, shooting at a silver dollar thrown into the air, or shooting the flames off a candle. It was a matter of hitting a deer, or taking down an attacker. It some cases, it was just knowing that you were able to protect yourself during an attack from desperadoes or a band of Indians.

On November 18, 1868, the U.S. Army established a post as a "Camp of Supply" in what was back then the Cherokee Outlet. It was located just East of what is today Fort Supply, Oklahoma. It was known as Camp Supply at the time and was set up to support General Philip Sheridan's Winter campaign of 1868 against the Southern Plains Indians. It was also used to support George Custer's Seventh Cavalry when they went south to attack the Cheyenne Indians led by chief Black Kettle. That battle became known as the Battle of the Washita. Later on the camp was used to protect the Cheyenne and Arapaho reservations from incursions by Whites. 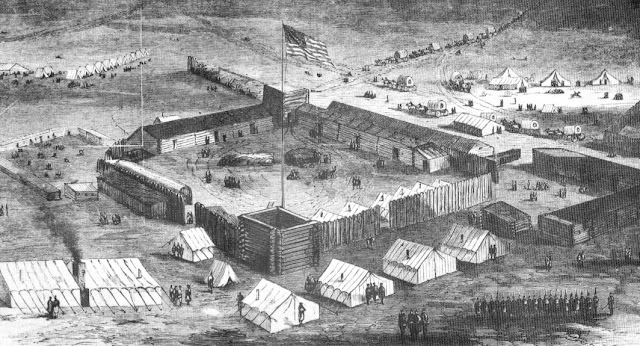 During an Indian attack on Camp Supply, Frances Marie Antoinette Mack Roe, who was an officer’s wife, described what took place in a letter she sent after the attack. In her letter which she wrote in October of 1872, she stated:

"Night before last the post was actually attacked by Indians! It was about one o'clock when the entire garrison was awakened by rifle shots and cries of 'Indians! Indians!' There was pandemonium at once. The 'long roll' was beaten on the infantry drums, and 'Boots and Saddles' sounded by the cavalry bugles, and these are calls that startle all who hear them, and strike terror to the heart of every army woman. I had firm hold of a revolver, and felt exceedingly grateful all the time that I had been taught so carefully how to use it ..."

As with today, the most important aspect of having a firearm on hand for protecting yourself is your feeling comfortable with the one you have. As in the case of Mrs. Roe in 1872, while the situation was scary, she appreciated the time she spend being taught how to use her revolver.

It gave her a sense of peace of mind, a sense of confidence, in knowing that she knew how to shoot properly and could use her revolver. If the attackers passed the defenders and made their way to her and the others taking shelter at there at that moment, she could defend herself. While her ability to fend off an onslaught was limited with just a single revolver, at least she was confident that she could defend yourself with a gun if that became her last resort.

Over the centuries, many have demonstrated the fact that guns save lives. Mrs. Roe is just the person who I'm using here as an example to make the point that with training and practice, knowing how to use a gun brings peace of mind. After all, it worked in the Old West were guns made for a more secure society.