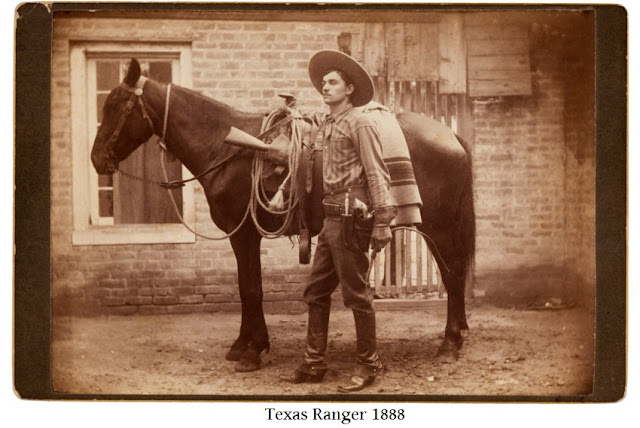 A reader wrote to tell me that I should stay away from writing about politics and stick to talking about history. But history includes politics. Or at least, what took place as a result of politics.

For example, as a result of politics, Thomas Jefferson stopped the importation of African slaves into the United States in 1808, Andrew Jackson conducted the Trail of Tears, Texans fought for their independence, California was allowed into the Union as a "free state," Kansas turned into a bloody mess, and we fought the Civil War. It was politics that prompted the Copperhead Democrats to call for the assassination of President Abraham Lincoln. It was politics that motivated Democrat John Wilkes Booth to do the dirty deed and assassinate President Lincoln.

As a result of political strive in America, we saw riots and innocents killed. It was because of the Democrat Party's desire to obtain political power that they created the Ku Klux Klan, the Red Shirts, the White League, and other groups as their militant arm. They did so to terrorize and murder their political opponents, the Republicans, and intimidate freed slaves after the Civil War. And yes, Democrats lynched both blacks and Republicans during the Reconstruction Era.

Democrats fought to stop blacks and women from obtaining equal rights for more than a hundred years after the Civil War. They attacked black Union soldiers in a number of incidents after the Civil War. Later they created Jim Crow laws. They created Segregation. They intimidated and attacked blacks in a terrorist campaign to stop them from voting. Since 1867, Democrat fought against the passage of every civil rights legislation for blacks. Yes, including conducting an 83 hour filibuster to stop the 1964 Civil Rights Act. Even in the 1980s, Democrats fought against women's rights by defeating the Equal Rights Amendment.

My writing about this is really not my attempt to bad mouth Democrats, it's all historically factual and I find it interesting. Fact is there are some really interesting stories because of politics in our history. Take for example, the Jaybird–Woodpecker War fought from 1888 to 1889.

The Jaybird–Woodpecker War was a political war turned in a shooting war as a result of a political feud between two factions within the Democrat Party in a county in Texas. No kidding, it was as nasty as politics can get as murders were committed against Democrats of each faction in 1888 and 1889. They fought each other over political control of Fort Bend County, Texas.

So now, you're probably wondering why were they called Jaybirds and Woodpeckers? Well, it's said that a local former slave by the name of Bob Chapel used to sing about jaybirds and woodpeckers. Thus, the names were given to identify the political factions. The Jaybirds were 90 percent of the wealthy white Democrats who opposed allowing blacks in local politics. That is, even though those blacks were by then also Democrats.


Why did Black Democrats vote for Republicans instead of voting for Democrats? It's because most of the Democrat candidates were former-slave owners.

Those black Democrats who voted Republican became known as Woodpeckers. And to repay their support, Woodpeckers were put into positions of authority as county officials. Yes, all because they helped to turn out the black vote for the Republican ticket. It was all politics in that the Woodpeckers did what benefited them. The knew that the white Democrats would never allow them to stay in their positions, even though they were Democrats. This set Democrat against Democrat.

The Jaybirds wanted to get rid of the Republicans who held office and control of that county's government. They accused the Woodpeckers, the black Democrats, of still being Republicans as many had been during Reconstruction. Soon, all of the animosity between the two Democrat factions boiled over and led to friends, neighbors, and even relatives becoming bitter enemies. Believe it or not, shootings involving members of both Democrat factions became common place. Remember, these were Democrats fighting Democrats.

The election of 1888 resulted in all sorts of problems as violence increased between rival Democrat candidates. In fact, as result of the infighting, on August 2, 1888, a Jaybird leader was killed. Then, during the following month, another Jaybird leader was seriously wounded.

In response to this, the Jaybirds held a huge meeting in Richmond, Texas, on September 6th, 1888, What came out of that meeting was a surprise to many there. The white Democrats ordered the black Democrat leaders to leave Fort Bend County. The Jaybirds told Woodpecker leaders to leave the county within ten hours, and take their white allies with them -- or die. Many did and left out of fear for their lives.

It is said that the feud crossed racial, social and politics lines. Assassination and violence had become commonplace. Fort Bend County Sheriff Tom Garvey was a leader of the Woodpeckers opposed the efforts of the Jaybirds to return to power through violence. He wasn't scared off and sadly died for standing up to those who would impose their will on others through violence and threats.

The Battle of Richmond

Fort Bend County was founded in 1837. It organized in 1838. It's named for a blockhouse at a bend of the Brazos River. The county seat is the city of Richmond. During the development of Fort Bend County, a large number of black slaves were brought in to work on plantations. The county saw very successful crops of cotton, sugar, corn and other products being produced there.

In 1850, Walter Moses Burton was brought to Fort Bend County, Texas, as a slave from North Carolina. His owner was Thomas Burke Burton who actually taught Walter how to read and write by the age of 21. After emancipation, Thomas sold Walter several large plots of land. With that, Walter Moses Burton became wealthy and influential in Fort Bend County.

During the Reconstruction Era, black Republicans were elected to county offices. In 1869, Walter Moses Burton became the first elected black County Sheriff in the United States. Later, he would became a state senator in Texas. Burton was among a few black Americans who held office and ran the government for about twenty years.


On November 6th, 1888, all of the Woodpecker candidates were elected or reelected to office. This fueled revolt and altercations between the two parties. During that election, the city of Richmond, which was the county seat, saw members of both Democrat factions arm themselves to the teeth. As a security measure, the Texas Rangers were brought in to be on hand to quell anything that might take place.

Thought the election had a heavy turnout, it was said to have relatively few problems. The result was predictable since the Democrat Party there was split. Republicans held on to control of the county government and the black Democrats kept their positions. The Woodpeckers were left in control.

After the election, the two Democrat factions really went to war. Soon arguments turned to assaults, and then there were two more killings. A black Democrat, a Woodpecker, who was the county tax assessor killed white Democrat, a Jaybird, on June 21, 1889. Then a week later that Woodpecker was killed by another Jaybird.

Everything came to a head on August 16, 1889, at what became known as the "Battle of Richmond." That was when a number of people were killed and the Woodpeckers were ran out of the county.

What became known as the "Battle of Richmond" took place at the county courthouse, the National Hotel, and other parts of that city. This wasn't a 30 second gunfight like that which took place at Tombstone Arizona in 1881. Those folks in Texas shot it out for 25 to 30 minutes. Yes, that was a full on battle.

At one point, the Jaybirds faced the Woodpeckers in front of the courthouse. County Sheriff James Thomas "Tom" Garvey and a crowd of armed men warned the Texas Rangers to get out of the way since it was none of their business. With that a Texas Ranger Sergeant and four privates who were on horseback tried to get in the middle and block the two factions.

When the gun battle erupted, Sheriff Tom Garvey, his uncle, former Sheriff J. W. Blakey, Jaybird leader H. H. Frost, and an innocent bystander were all either killed or wounded. Texas Ranger private Frank Schmid, Jr., was severely wounded, and died from his wounds a few years later on June 17, 1893. Pictured above is Texas Ranger Frank L. Schmid in 1888.

Sheriff Tom Garvey was appointed to his position in October of 1886. He was elected County Sheriff on November 2, 1886. He was re-elected on November 6, 1888. He was 29 years old when he was gunned down. Sheriff James Thomas "Tom" Garvey sounds like he was a very good man. Texas Ranger Sergeant Ira Aten who was there that day trying to maintain order in Richmond was appointed the new County Sheriff by the Jaybirds on August 21, 1889.

It is said that many of Woodpeckers retreated into the county courthouse when the shooting started. From there is was a siege until the Woodpeckers turned the city and county over to the Jaybirds. And really, that was for good reason since Jaybirds from all over the county are said to have made a dash to Richmond when the white Democrat population heard about what was taking place there.

The Texas governor had been alerted and in response to the situation, Texas Governor Lawrence S. Ross sent the militia in and declared martial law. The Houston Light Guards militia is believed to have been on their way as the arrived first to establish martial law. The next day, August 17th, the Brenham Light Guards arrived to back them up.

Governor Ross arrived and stayed in Richmond for a number of days while acting as a mediator between the Jaybirds and the Woodpeckers. In the end, with the collaboration of the governor, the Jaybirds had a number of black Democrats and other Woodpecker county officials escorted out of the county. So after a lengthy gun battle broke out at the county courthouse in which four people were killed, including the County Sheriff, white Democrats overturned an honest election and successfully overthrew the local government.

A meeting was held at Richmond on October 3, 1889, to form a permanent organization to maintain white Democrat control of the county. The Jaybirds passed a resolution to appoint a committee to draft a constitution for an association of the white people of Fort Bend County to control county affairs. A second meeting on October 22, 1899, did in fact establish the Jaybird Democratic Organization of Fort Bend County.

Believe it or not, the Jaybird Democratic Organization of Fort Bend County stayed in political power in that county until 1953 when the Jaybird primary system of excluding blacks was declared unconstitutional. Imagine that.