American Cattle Inventory Down & Fuel Prices Up in 2022 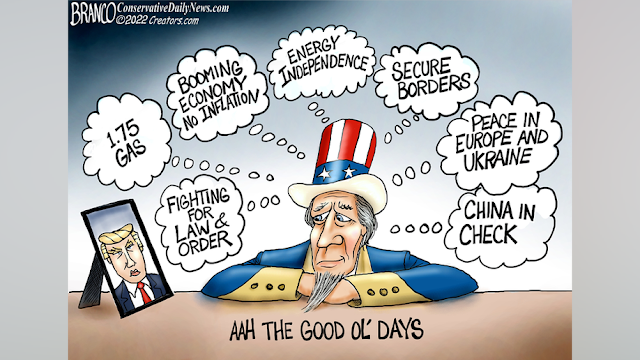 One livestock market analyst put it this way, "While markets are one component of the cattle cycle, the critical factor driving the cattle cycle and the cow-calf sector of the cattle industry is forage and fuel prices."
What does this all mean? All of the information that I'm giving you proves that feed and fuel affect the ag industry. It affects the amount of money that ranchers need to stay in business. And really, that translates to how many cattle they can afford to buy, feed, and transport. All of that and more consequently affects what American consumers are paying for food. If our cattle producers and farmers are having a hard time affording to grow crops and produce cattle, we will have an equal or worst time affording food.
So, if you have to make the choice of buying gas versus buying food under Joe Biden, don't let political analysts fool you into thinking that this is not a result of lousy economic and political policies coming from the Biden admin. Friends, if you have to make the choice of buying gas versus buying needed medications under Joe Biden's pathetic economic policies, don't let political analysts fool you into thinking that this is not a result of Biden being completely out of touch with the American people. The wealthy are doing fine under Biden, we who are not wealthy are not.
This is all a direct result of taking economic and energy policies that exceeded expectations and worked in a positive way for years under President Trump -- and deliberately changing those policies for no other reason than Democrats' hatred for Trump. Yes, it's all about Democrats hating Trump. And no matter if their hatred for him negatively affects us, that's why we are in the pickle that we are in today.
Friends, frustration is defined as "the feeling of being upset or annoyed, especially because of one's inability to change or achieve something." I hate being frustrated over things that I know damn well could be better -- especially since things don't need to be the way they are if people would simply go back to doing things the right way. And by the way, the "right way" should be defined as "the way that benefits Americans."
And frankly, knowing that Biden refuses to do things that have been proven to benefit Americans is the biggest frustration of all. Of course, while I, like many Americans, am fairly powerless to do anything right now about the ineptness and incompetence of Biden and the Democrats in charge of Washington, I can assure everyone that my frustration and powerlessness will be alleviated during this November's election when I try to vote the anti-American bastards out of office.
Tom Correa
Posted by Tom Correa at 1:46 AM