Hung By Vigilantes In Los Angeles 1870 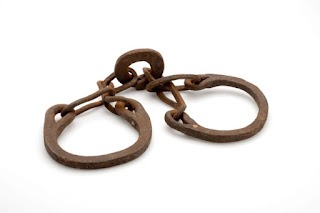 The Sacramento Daily Union, Volume 40, Number 7055, 23 December 1870, reported the following:
A MURDER HUNG BY THE VIGILANTES AT LOS ANGELES

The Los Angeles Star, of December 18th, famishes the annexed particulars of the execution of Lachenais in that city: For some time past, the escape of criminals by legal process has become too common, and the perpetration of murder on our streets so frequent, that tho people were driven to the conclusion that the great criminals could not be punished by law — were, in fact, above law.
This growing feeling culminated on the murder of Jacob Bell, a highly esteemed citizen of Los Angeles, by an individual named Lachenais, and preparatory arrangements must have been maturing since the night of the murder; for yesterday forenoon, about 11 o'clock, an armed and organized body of men marched through the streets and to the jail.
This Lachenais was a notoriously bad character, who had killed three men, and was supposed to have compassed the death of others, his own wife among the number.
Early yesterday morning, notice was given to the authorities that, if Lachenais were brought out of jail for his examination on the charge of murdering Bell, a Vigilance Committee, which rumor stated had been organized with special reference to his punishment, would take him from the hands of the officers and hang him.
It was thought best to defer his examination and take measures for his protection. A posse was summoned for this purpose by the Sheriff, only two of whom obeyed the summons and appeared at the jail— they were H. M. Smith of the Los Angeles Bar and General J. M. Baldwin of the National Guard.
By half-past 10 o'clock in the morning, an immense crowd assembled on Spring street, in the neighborhood of the jail in which the prisoner was confined. At the same hour, the Vigilance Committee, numbering about 200 armed men, assembled at Teutonia Hall, on Lot Angeles Street, formed in procession four abreast, marched silently and in good order down Los Angeles Street, and up Market to Spring, and down Spring to tho jail, in front of which they formed, facing the building, at the front entrance to which stood Under Sheriff Wiley and the jailer, Frank Carpenter; a few deputies and the little posse wore stationed at the inner door of the entrance to the jailyard, which on this side is fenced in with adobe buildings, used as a dwelling for the jailer, council-room, etc.
An armed committee then approached Wiley and demanded the keys of the jail and the prisoner Lachcnais. Wiley refused tho demand and endeavored to prevent the entrance of the committee, who pushed by him and commenced battering on the outer door which opens upon the jail-yard, in the center of which is the jail proper, a strong brick building provided with the usual iron doors, bolts, bars, etc.
In the meantime another party proceeded to the side of the yard fronting on Jail street, which is protected by a high plunk fence, in which is a gate; this was soon broken open, and the crowd generally entered the yard, the committee entering at the main entrance and again forming in the yard.
The jail doors were found locked and bared, and an attempt was made to force the keys from the jailer, who refused to give them up. and declared that he "would die " before yielding up his trust to a mob. Foiled in the attempt to obtain possession of the keys, sledgehammers were sent for, and in strong hands wrung the death knell of the murderer upon the iron door on the north side of the jail.
After half an hour's work upon the door, during which another unsuccessful attempt was made to get the keys from the jailer and the fastenings gave way. The prisoner was found in one of the upper cells, a rope was placed about his neck, and surrounded by a detachment of the committee, he walked out of the building and faced the crowd, without a tremor of the muscles of his face, or the slightest exhibition of fear.
He was led out of the yard closely guarded, and followed by the crowd to an old corral on Temple Street, over the gate of which are cross-pieces, at the height of ten or twelve feet from the ground. A dry goods box was placed under the transverse beam of the western gate. Here Father Birmingham, of the Catholic Church administered the last consolation of religion and gave absolution to Michel Lachenais, who, at fifteen minutes to 12 o'clock, was launched into eternity.
After taking leave of the Reverend Father, Lachenais mounted the box, and the rope was fastened to the beam overhead. He spoke in Spanish to those nearest him, protesting against the crime they were committing. His last words were: "I am guiltless of murder; if I had not killed Mr, Bell, whom I liked and esteemed, he would have killed me. It was done in the excitement."
The box was removed from under him, and he fell from vigorous life and health into the arms of death. At a quarter to 1 o'clock, after hanging exactly one hour, the body was cut down, and, after an inquest had been held upon it, was delivered to his friends for interment.
-- end of the article in The Sacramento Daily Union on December 23, 1870.
Such was Vigilante Justice in Los Angeles, California, in 1870. With a population of only 5,728 at the time, it was not one of the larger towns in California. But it was a violent place, and the hanging of Michel Lachenais was merely one such incident in a town that was among the most violent in all of America during the mid-1800s.
Tom Correa
Posted by Tom Correa at 12:10 AM