The U.S. Constitution Is Always Under Attack 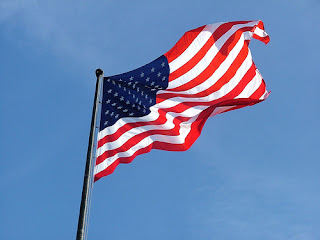 We must all beware of a Federal Government that has zero respect for the Constitution of the United States. We live in an age when we are being bombarded with outright lies and misleading information.

Sadly though, there are hidden threats found among those lies. For example, we are lied to by our government to such an extent that they have lost almost all credibility. Part and parcel of their lies is to vilify our Constitution by making it the cause of our problems -- as well as making it the item that's presenting us with limitations to finding working solutions to some of our problems today.

That has taken place when politicians attack the Constitution itself, attack and demean its framers, and accuse the Bill of Rights of being antiquated and useless today. By making claims that are not true, some in Congress hope to fuel a desire of some on the Left to repeal the 2nd Amendment altogether. Those enemies of America repeat their claim that we would all have a safer America if we would only repeal the 2nd Amendment. They shout their hatred for gun rights and our need for self-protection while pushing the lie that there would be no school shootings or any other mass killings if the 2nd Amendment was repealed.

The concept of our Constitution goes beyond a written formula for a fledgling nation to use while attempting to form a government. For most of us, those of us who are proud to be Americans, we believe that the Constitution of the United States encompasses our fundamental principles. It contains instructions to the government, warnings to the government, and of course, it contains limitations to the federal government. But, it also tells the government, that we, the citizens of the United States of America, have a right to live life as we please. Our Constitution tells the government how Americans see our freedoms. As for its "spirit," the Supreme Court has upheld several statutes stating that the Constitution enables laws to be "in accordance with the spirit of the Constitution."
Friends, we have a Constitution that has been attacked at tested many times over our history as a nation. For example, the Alien and Sedition Acts of 1798 provided our nation with our first real tests of the limits of freedom of speech and the press. The Sedition Act was a set of four laws that made it a crime for American citizens to "print, utter, or publish...any false, scandalous, and malicious writing" about the federal government. Thankfully, it was repealed. It was not in the spirit of our Constitution.

As for presidents testing their ability to violate our Constitution? It is still believed by some Constitutional scholars that President Thomas Jefferson violated the Constitution when he authorized the Louisiana Purchase in 1803. And during the Civil War, President Abe Lincoln was accused of violating our Constitution when he took it upon himself to call for enlistments without seeking Congressional authority. And no, that wasn't the only time that he was accused of infringing on the rights of Americans.
Joe Biden has said, "The Constitution is not absolute" and "the 2nd Amendment has always limited what Americans can own in the way of guns." We should be concerned when politicians, especially a president, fail to see the importance of our Constitution as an "absolute." Yes, especially since politicians have tried attacking our Constitution for their own gains over the years.
Take into consideration, for example, President Lincoln's suspension of habeas corpus during the Civil War. Called the "Great Writ" in law, habeas corpus is a fundamental right in the Constitution that protects all of us against unlawful and indefinite imprisonment. Habeas corpus has historically been vital to safeguarding American and preserving our individual freedom against arbitrary executive power.
President Lincoln suspended the "writ of habeas corpus" to give military authorities the necessary power to silence dissenters and rebels. His action was declared "un-Constitutional." He did so without the authority to do so. That was seen as a clear-cut case of violating the Constitution to fit his needs. And no, he wasn't the last president to violate the Constitution to meet his own agenda.
Of course, sometimes we, the citizens of the United States of America, forget the basic reason for creating our Constitution. We also forget the fact that the same reason why our Constitution exists is also the very same reason why politicians have relentlessly attacked it from its creation. That reason is simply that our Constitution is an operating manual for the federal government that limits government powers to stop the abuse of power of those in office. The Constitution is all about limiting government overreach.
So no, no one should be surprised if Joe Biden sees the Constitution as an impediment to his governing. Frankly, no one should be surprised that a career politician like Joe Biden would say something totally un-American as "The Constitution is not absolute." After all, the Constitution limits what he can get away with.
And as for his statement, "the Second Amendment was never absolute." Biden should remember the words of the Second Amendment, as it states, "A well regulated Militia, being necessary to the security of a free State, the right of the people to keep and bear Arms, shall not be infringed." This is important since the 2nd Amendment is the only Amendment that uses such language as "shall not be infringed."
And by the way, what we, the citizens of the United States of America, sometimes forget is that the language in the 2nd Amendment is not directed at us. It is directed directly at the federal government as a warning. It tells Joe Biden and politicians like him who want to infringe on our right to bear arms, don't.
Americans don't have to justify why we need whatever firearm we want to own. That's our private business. The government has no right according to the Constitution to ask why we want to own a gun, or what we are going to use it for. The right of the people to keep and bear arms shall not be infringed, which means "shall not be violated by the government."
Beware of a federal government that has zero respect for the Constitution. If for some reason, out of some ill-advised notion, those in power feel they can violate and possibly repeal the 2nd Amendment of our Bill of Rights, then they will try it. And if they are actually successful, then they will not see anything stopping them from violating and possibly repealing any of our other rights as spelled out in our Bill of Rights.
This is why citizens must be vigilant of what those in power are doing.
Tom Correa
Posted by Tom Correa at 4:00 AM