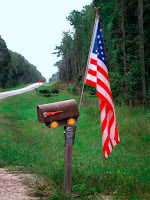 This was in the news, and honestly I just see this as more Christian persecution and liberal political correctness that's gotten way out of hand.

In the last few days, Dakota Ary, who is an honor roll student at Western Hills High School in Fort Worth, Texas, was sent to the principal’s office and punished for telling a classmate that he believes "homosexuality is wrong."

That's all he did!  That was it!  Nothing more than that.  It wasn't some so-called Hate Crime, class disruption, or any sort of physical violence.

He just gave his opinion about a "lifestyle."  A "lifestyle" that most Christians find wrong.  Since he is a Christian, he finds that lifestyle wrong.

And yes friends, like it or not, that's what Homosexuality is, it is a "lifestyle."  And Dakota has an opinion as to what he thinks about it, and he shared it.  Then he was punished for it.  Is this crazy or what!

His mother, Holly Pope, said she was “absolutely stunned” when she received a telephone call from an assistant principal informing her that her son had been sent to "in-school suspension."

According to Fox News, his mother said, "Dakota is a very well-grounded 14-year-old."

She wanted it known that her son is an Honors Student, plays on the football team, and is very active in his church youth group. She said, "He’s been in church his whole life and he’s been taught to stand up for what he believes."

I agree that that’s what got him in trouble, but isn't that part of what America's about.  Why should any of us sacrifice our beliefs, religious or otherwise, just because the Liberals running most public schools are pushing their Political Correct agenda?

Why should any of us allow the Liberal Left shove their agenda down our throats?  Why be some mindless sheep?  Americans should be taught to stand up for what they believe, and not bow to the demands of liberal political correctness.

The teacher over-reacted when Dakota was in a German class at the high school and a conversation shifted to religion and homosexuality in Germany.  At some point during the conversation, he turned to a friend and said that he was a Christian and "being a homosexual is wrong.”

"It wasn’t directed to anyone except my friend who was sitting behind me," Dakota told Fox News. "I guess the teacher heard me.  He started yelling.  He told me he was going to write me an infraction and send me to the office."

Talk about the Liberal Speech Gestapo!  After hearing this, I really believe that that teacher would react in the same way if say one of the students said they didn't agree with President Obama.
Dakota was "sentenced" to 1 day in-school suspension, and 2 days of full suspension. To say the least, his mother was completely astonished and amazed because, as she noted, her son had a spotless record, was an honor student, volunteered at his church and played on the school football team.

The Fort Worth Independent School District issued a statement saying they had no statement.

Dakota's mother did the right thing and contacted an attorney. She contacted the Liberty Counsel immediately after her son was punished.  After talking with an attorney, Holly Pope and her attorney then met with the school.

The school promptly rescinded the two-day suspension. This is a good thing because Dakota would then be allowed to play in an upcoming football game.

"They’ve righted all the wrongs," said Matt Krause, an attorney with the Liberty Counsel.  "This should have no lasting effect on his academic or personal record going forward."

"I told the school that he should never have been suspended for exercising his Constitutional rights," Krause told Fox News.  "The principal is sincere in trying to do the right thing and hopefully they will tell the teacher, ‘Do not do that anymore.’ He won’t be pushing his agenda."

"There has been a history with this teacher in the class regarding homosexual topics," Krause said. "The teacher had posted a picture of two men kissing on a wall that offended some of the students."

Krause said the picture was posted on the teacher’s "world wall."

"He [the teacher] told the students this is happening all over the world and you need to accept the fact that homosexuality is just part of our culture now," Krause said.  Imagine that!  Talk about trying to brainwash your students with your liberal agenda!

Dakota’s mother said she believes the teacher should apologize.  And went on to say, "He should never have been punished.  He didn’t disrupt the class.  He wasn’t threatening.  He wasn’t hostile.  He made a comment to his friend and the teacher overheard it."

"My son knows people that are homosexual," she added.  "He’s not saying, 'I don’t like you.'  He’s saying, 'I’m a Christian and I believe that being that way is wrong.'"

Krause said school leaders told Dakota that in the future he should be careful when and where he talks about his opposition to homosexuality – suggesting that he talk about such matters in the hallway instead of the classroom.

He said Liberty Counsel will monitor the situation to make sure there is no future retaliation. Meantime, Ms Pope said her son will return to the teacher’s classroom.

"I’ve told him to treat this teacher with respect," she said.  "He is your elder.  He is your teacher.  What his beliefs are or what they are not – outside the school is none of our business."

But this is more than just one teacher in a Texas school, I see this as a trend across the nation.  Christians are being persecuted for our believes.  Schools have a forum to push their liberal agenda better than other liberal institutions.

And though many many of these incidents aren't being reported, or are just not being reported by the Mainstream Liberal News Media who see these stories as counter to their agenda, a few are becoming public knowledge.  And yes, we can look to those incidents as more proof of what's going on out there.

For a couple more exmples, look at what happened just last year in 2010 when two Christian students attending two completely different universities were punished for disagreeing with their schools' policies on homosexuality.

Julea Ward was expelled!  No kidding! She was in fact expelled from the Graduate Program in School Counseling at Eastern Michigan University.  Why? Well, she had told her professors that her faith would keep her from affirming the gay lifestyle for homosexual clients.

And if you think the school was wrong and maybe has its head up its ass, later a liberal Federal Judge upheld her expulsion by the school.  The Alliance Defense Fund stepped in to help Ward appeal the ruling.

"Christian students shouldn't be expelled for holding to and abiding by their beliefs," said ADF Senior Counsel David French, who argued the case before the U.S. District Court for the Eastern District of Michigan last month. "To reach its decision, the court had to do something that's never been done in Federal Court: uphold an extremely broad and vague University Speech Code."

Meanwhile, another counseling Christian student at Augusta State University in Georgia was also punished for standing up for her beliefs.

Jennifer Keeton said that she was told that she would not be allowed to graduate unless she "changed her Christian beliefs against homosexuality." Imagine that!

The ADF filed a lawsuit on her behalf as well. The suit accused Augusta State officials of violating Keeton's First Amendment rights to free speech and the free exercise of religion.

At the time of the lawsuit, David French said, "A public university student shouldn’t be threatened with expulsion for being a Christian and refusing to publicly renounce her faith, but that’s exactly what’s happening here.  Abandoning one’s own religious beliefs should not be a precondition at a public university for obtaining a degree."

He added, "It's an emerging issue, without question.  Requiring a student to change his or her beliefs to graduate is punishment of free speech.  That is not the role of the state and it is not within the power of the state."

And, for me, well I believe he's right. This is an emerging issue. One that all parents should be aware of.  After all, if you are a parent, then you're most likely the one paying for your child to attend that school.

Whether its through paying property taxes to support a local High School, or if its paying enormous tuition fees for my child to attend a university and college, parents paying for their children's education should know if that school is out to push their liberal agenda on their child.

Or worse, will the school that your child attends persecute your child for his or her Christian beliefs.

If so, then Christian parents should seriously consider taking their dollars elsewhere.  Maybe in that way schools will get back to teaching students that subjects at hand -  instead of indoctrinating them into an agenda based on their partisan liberal ideology.

No one should be allowed to persecute your child for their Christian beliefs.