When I first came to California, I knew it was odd.  As the years have passed, I'd say it qualifies as being one of the strangest places on earth - especially when it comes to some of its laws.

This is a State where the liberal left has a monopoly on wealth, yet it has more homeless than any other state. The liberals protest Wall Street's West Coast equal in San Francisco, yet pay its Movie Stars and Baseball Players millions of dollars to do very little.  Oh, but that not greed right?! Right!

This is where liberals hold candlelight vigils for murderers on Death Row, yet have an absolute fit if anyone says that they think using Abortion as a method of birth-control is bad.  I find it interesting that there are liberals who really believe that murderers in our prisons, and terrorist in GITMO, should have more rights than an unborn child.

Of course California is the place where homosexuals try to legitimize their strange lifestyle by getting married, but yet those same people find it a crime for some some extreme Mormons to want to have more than one wife at once.

Yes, their sense of right and wrong amazes me!

Here's a place where Marxist Leftist protesters celebrate the killing of innocent people in the name of the Communist Party, while at the same time denouncing America for defending ourself against Muslim Terrorist.

California is a place that now has multiple languages on the State Ballots, Driving Tests, and many many other state application.  The state uses about six or seven languages if I remember right, but Mexican is the language of choice in California.  I'm actually surprised that there aren't traffic signs in Spanish in some places in California.

In some businesses, like a few Wells Fargo Banks locally, they actually have signs and advertisements all in Spanish for their Mexican population instead of in English.

I have nothing against the Mexican people.  In fact whenever I've gone to Mexico on fishing trips or whatever, I've always tried to brush up on my Mexican so that I can talk a little with those folks down there.

And no, I'm not just talking about when I go to San Jose or Los Angeles, California.  I'm talking about the other Mexico below the border.

The strangest thing that I had happen to me in a long time happened when I went to San Francisco to pickup my older brother from the Veterans Hospital there.  I was only about a mile or so away from the hospital when I realized that I real early.  So I decided to stop and grab a cup of coffee at a local Diner.

I ordered a piece of apple pie and a cup of coffee from my waitress who was a very nice Chinese woman in her 50s.  After I was done with my pie and first cup of coffee, she came over and hesitated and stuttered while she asked me if I wanted another cup of coffee.

After I said yes please, that I'd take another cup, she answered me in her very heavy Chinese accent, "Gracias!"

Shocked at her speaking Mexican to me, I asked her where she learned that?

She very proudly told me, "I learn English at San Francisco State!"

But I guess that that's not that strange considering it came out of the same liberal state that has a law that says, "Sunshine is guaranteed to the masses."

And granted that there are far and few folks in other states that can argue about California's Law that says, "It is a misdemeanor to shoot at any kind of game from a moving vehicle, unless the target is a whale."

But the city of Davis and there smoking laws are about as stupid as that. And don't kid yourself, the city of Davis, California, is the real deal when it comes to "liberal college towns."  The city has a population of about 66,000, and it's my opinion that Davis is one big Liberal Political Correctness Zone.

A person can usually identify a liberal Political Correctness zone if they can first locate a State University nearby. Of course, city ordinances are a big indication as to whether or not the city is being operated by sandal footed shorts wearing liberals.

In the case of Davis, there is University of California there. UC Davis is the University of California, at Davis and has no shortage on strange people and laws. I find it ironic that it is a public teaching and research university which has a comprehensive doctoral research university with a medical program, veterinary program, and very high research activity. UC Davis is ranked as one of the top 10 public universities in the nation, and consistently ranks amongst the best universities in the world. Imagine that!

It has laws against all sorts of things that other city's wouldn't think of trying. For example, many people in Davis smoke various substances - and the fact is that they are not legal. And yes, walking down the street in city of Davis, one can't help but wonder if everyone is terminally it.  Must be since the pungent smell of marijuana is definitely evident, and everyone you talk to has a prescription for Medical Marijuana.

But, while most Davis folks seem to approve of smoking "weed" - they disapprove of smoking tobacco. A cigarette smoker's right to openly to light up and consume a Legal Substance like cigarettes takes a back seat in a liberal Political Correctness zone like Davis.

The Davis City Code "prohibits smoking in a wide variety of locations open to the public including - Areas not open to the sky." No kidding!

Not to worry though, at least not yet, there are no laws pertaining to the hazards of" barbecue smoke, automobile exhaust, candle smoke, or noxious body odors. However, there have been attempts to enact a wood burning ban because of the smoke keeping warm creates.

After all what kind of liberal college town would Davis be if they let a hick-town like Sacramento out do them. Yes, fact is that Sacramento has a law against burning wood to keep your house heated.

Of course, I really don't know if Davis already has one or not. But maybe by now they too have a law enacted strictly to keep you from keeping your home heated in the way that you might need to. And maybe, maybe like Sacramento they have a law against raising your our food.

Yes, it's true!  A law against raising your own chickens for eggs or the fryer was enacted in Sacramento.  And yes my friends, citizens can now get a ticket if the rooster crows and someone calls the law.


That's right! San Francisco, Berkeley, Oakland, Los Angeles, and places like Davis aren't the only places where crazy liberals run for office.  Sacramento and many other big cities in California are getting cobbled up by retired Liberals who feel a need to tell folks how to live.

They run for the local school-boards so they can eleminate the Pledge of Allegence from the Classroom.  They run for District Supervisor so that they can raise your property taxes and have a say in how we us our land.  The stay up late at night trying to figure out a plan to rid Americans of our rights and instill their Communist ways.  And trust me when I say, they and their self-rightious attitudes are more than willing to tell you how to live - strait from the book of Communist doctrine.

What, you don't think that people in California moving from the crime ridden traffic congested cities would call the Police on a neighbor who has a few chickens and maybe a rooster?  Think again.  And the owners can be fined heavily as well.  Thanks Liberal America!

Can you imagine taking highly paid Police Officers and raiding some one's residence because they were raising chickens - for eggs or to eat?!  That my friends, is one of the most stupid liberal laws that I've ever heard of.

Besides their insane smoking laws, I think the city of Davis needs one very essential ordinance to become a really effective liberal Political Correctness zone.  They should get their sandal wearing attorneys right on it right away!  It's a "Bicyclist Anti-Harassment Ordinance."

L.A.'s "Bicyclist Anti-Harassment Ordinance" was passed on July 20 with a 12-0 vote at City Council. The new law went into effect on 09/05/11.  It prohibits certain activities towards bicyclists such as "physical assault or attempted physical assault, threats of physical injury, intentional distraction and forceful removal from street, among other things."

The L.A. ordinance also states that "violators will be held liable for physical or psychological damages, attorney's fees and costs of litigation."  So for you folks in Los Angeles read this, I can only remind you to avoid those crazed testosterone starved bicyclist.

If they get road rash, swollen ankles, tire tracks across their backs, or a bent wheel, they will seek justice in as effeminate a way as they can.  So be careful!  If you just happen to flip off one of those bicyclists because he or she cuts you off in traffic, you may be prosecuted to the full extent of the law.  And if he or she or it becomes a distraction to your driving, forget it!  They have the right to do that!  Be careful because the fact is that you might become the victim of another liberal lawsuit.

While the cities of Davis, Sacramento, and Los Angeles, all have some stupid liberal laws.  And yes, I know that there ain't a whole lot that can come close to Blythe, California's law that says, "It's illegal to wear cowboy boots unless you own at least two cows.

I really believe that the City of Chico takes the award for the dumbest liberal law in California.  And yes, this is actually on its books:  "Detonating a Nuclear device within the City limits of Chico results in a $500 fine."

Of course, there is most likely a problem in paying the fine since the Chico City Hall might have gone up in a mushroom cloud!
Its almost as bad as the ordinance in Hollywood that states:  "It is illegal to drive more than two thousand sheep down Hollywood Boulevard at one time."

Why you ask? Well, I'm guessing the law was established to stop large flocks of Obama supporters from destroying property, burning flags, disturbing the peace, and basically just screwing things up! 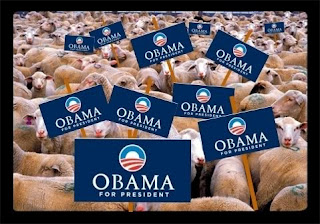