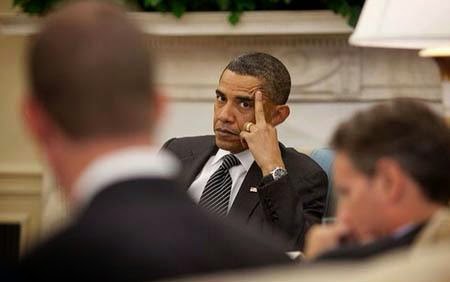 A few days ago, May 7th, Sen. Cruz released his Fourth Report on the Obama administration’s lawless behavior titled --

He is a ranking member of the Senate Judiciary Subcommittee on The Constitution, Civil Rights and Human Rights, and has a great deal of information not readily available to the public.

The Legal Limit Report No. 4: The Obama Administration’s Abuse of Power

Of all the troubling aspects of the Obama presidency, none is more dangerous than the President's persistent pattern of lawlessness, his willingness to disregard the written law and instead enforce his own policies via executive fiat.

The President's taste for unilateral action to circumvent Congress should concern every citizen, regardless of party or ideology.

The great 18th-century political philosopher Montesquieu observed, "There can be no liberty where the legislative and executive powers are united in the same person, or body of magistrates."

America's Founding Fathers took this warning to heart, and we should too.

Rule of law doesn’t simply mean that society has laws; dictatorships are often characterized by an abundance of laws.

Rather, rule of law means that we are a nation ruled by laws, not men.

No one—and especially not the president—is above the law.

For that reason, the U.S. Constitution imposes on every president the express duty to “take Care that the Laws be faithfully executed.”

Rather than honor this duty, President Obama has openly defied it by repeatedly suspending, delaying, and waiving portions of the laws that he is charged to enforce.

When President Obama disagreed with federal immigration laws, he instructed the Justice Department to cease enforcing the laws. He did the same thing with federal welfare law, drug laws, and the federal Defense of Marriage Act.

In the more than two centuries of our nation’s history, there is simply no precedent for the White House wantonly ignoring federal law and asking others to do the same.

For all those who are silent now: What would they think of a Republican president who announced that he was going to ignore the law, or unilaterally change the law?

Imagine a future president setting aside environmental laws, or tax laws, or labor laws, or tort laws with which he or she disagreed.

That would be wrong—and it is the Obama precedent that is opening the door for future lawlessness.

As Montesquieu knew, an imperial presidency threatens the liberty of every citizen.

Because when a president can pick and choose which laws to follow and which to ignore, he is
no longer a president.

2. Implemented portions of the DREAM Act, which Congress rejected, by executive action.

3. Ended some terror asylum restrictions, by allowing asylum for people who provided only
“insignificant” or “limited” material support of terrorists.

4. Allowed immigrants in the U.S. illegally, who are relatives of military troops and veterans, to stay in the country and get legal status.

1. Falsely portrayed the Benghazi terrorist attack as a spontaneous protest against an anti-Muslim YouTube video,10 and then lied about the White House’s involvement.

2. Illegally revealed the existence of sealed indictments in the Benghazi investigation.

3. Failed to enforce the Magnitsky Act as required by law, by not adding Russian human rights abusers to a list of people not permitted to travel to or do business in the U.S.

5. Continued to give Egypt aid after the military took over its government, even though federal law prohibits aid to Egypt in the event of a coup.

1. Granted a “hardship” exemption from the individual mandate for people whose health plans were canceled because their plans weren’t Obamacare compliant.

3. Allowed individuals to buy health insurance plans in 2014 that did not comply with Obamacare.18 Extended this delay until 2016—past the mid-term elections.

4. Extended the deadline to enroll in Obamacare.

9. Illegally required people to violate their faith via the Obamacare contraception mandate.

10. As of May 2011, over 50% of Obamacare waiver beneficiaries were union members (who account for less than 12% of the American work force).

1. Ordered Boeing to fire 1,000 employees in South Carolina and shut down a new factory because it was non-union.

2. Implemented a moratorium on offshore drilling after the Deepwater Horizon oil spill without statutory authority, and continued to enact new versions after federal courts epeatedly invalidated the moratorium.29

4. Terminated the pensions of 20,000 non-union Delphi employees in the GM bankruptcy.

5. Had SWAT teams raid a Gibson guitar factory and seize property, on the purported basis that Gibson had broken India’s environmental laws—but no charges were filed.

6. Government agencies are engaging in “Operation Choke Point,” where the government asks banks to “choke off” access to financial services for customers engaging in conduct the Administration does not like—such as “ammunition sales.”

1. Made illegal “recess” appointments to the Consumer Financial Protection Bureau and the National Labor Relations Board when Congress wasn’t in recess.34 Ignored the rulings of three federal courts of appeals that held those nominations unconstitutional.

3. Got secret permission from the FISA Court to reverse restrictions on the National Security Agency’s use of intercepted phone calls and emails, permitting the NSA to search American’s communications in its databases.

4. The Consumer Financial Protection Bureau is seeking to monitor about 80% of U.S.
credit card transactions.

5. Targeted Fox News reporter James Rosen by falsely labeling him a possible “coconspirator” in a criminal investigation of a new leak.

6. Secretly obtained phone records from staff at the Associated Press.

7. Had meetings with lobbyists in coffee shops near White House to avoid disclosure requirements.

1. Aided drug cartels instead of enforcing immigration laws—as found by a federal judge.
Border Patrol agents, multiple times, knowingly helped smuggle illegal immigrant children into the U.S.; “the DHS is encouraging parents to seriously jeopardize the safety of their children.”

2. Illegally sold thousands of guns to criminals, in the operation known as Fast and Furious, and then refused to comply with congressional subpoenas about the operation.

3. Dismissed charges filed by Bush Administration against New Black Panther Party members who were videotaped intimidating voters at a Philadelphia polling station during the 2008 election.

4. Argued for expansive federal powers in the Supreme Court, which has rejected the Administration’s arguments unanimously 9 times since January 2012.

6. Threatened to arrest military priests for practicing their faith during the partial government shutdown.

7. Muzzled the speech of military chaplains.

Other Abuses of Power

1. Released a mentally ill Guantanamo detainee,56 who had been a high-risk al Qaeda fighter in jihad combat since the 1980s.

3. President Obama told NASA administrator to “find a way to reach out to the Muslim
world.”

4. Claimed the Fort Hood shooting was “workplace violence” rather than terrorism.

5. Signed a stimulus bill that spent money on bonuses for AIG executives,61 and then acted
shocked and outraged at the bonuses.

7. Reneged on a campaign promise to cut the deficit in half by the end of his first term in
office.

8. Increased the national debt more in one term than President Bush did in two terms.

9. Extended mortgage assistance to people who bought multiple homes during the housing
bubble.

10. Proposed rules that would have decimated family farms, by prohibiting children under 18 from doing many forms of farm work.

11. Former “safe schools czar” has written about his past drug abuse and advocated promoting homosexuality in schools.

14. Reneged on a campaign promise to wait five days before signing any non-emergency bill
(at least 10 times during first 3 months in office).

15. Unilaterally, increased the minimum wage for federal contract workers from $7.25 to
$10.10, via executive order.

16. Cancelled all White House tours after sequestration—purportedly saving $18,000 per
week—even though President Obama had spent more than $1 million in tax money to
golf with Tiger Woods one weekend a few weeks before.

20. Tried to seize a privately owned motel when guests used illegal drugs at the motel.

21. Shut down the Amber Alert website, while keeping up Let’s Move website, during the
partial government shutdown.

22. Gave supervised release to a convicted criminal (an alien here illegally) who later killed a nun in a DUI.

23. Shut down an Amish farm for selling fresh unpasteurized milk across state lines.

24. Spent $7 million per household in “stimulus funds” to connect a few Montana households
to the Internet.

Anyone wanting to write Senator Cruz to thank him for doing the great job that he is indeed doing can write him at:

I want to thank Senator Cruz and his staff for taking the time to chronicle Obama's lawlessness.

Americans need to know what is going on in Washington, D.C., especially if the President is breaking the law.

Tom Correa
Posted by Tom Correa at 1:20 AM