Christians Not Welcome In U.S. Military Under Obama 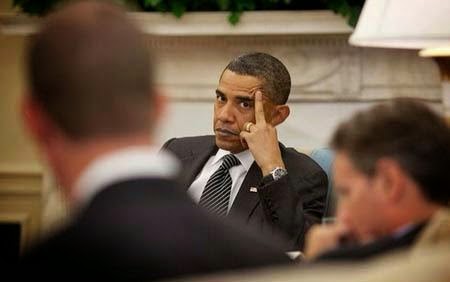 I've wondered how a nation with a vast majority of its population, 85% at the latest survey, identifying themselves as Christian, can tolerate Christian hostilities from its government?

Since most Liberals, Democrats, Atheists, and Socialist types, are usually anti-military, what would make anyone think they will suddenly feel a sense of patriotism and fill the void left by persecuted Christians who have had enough and simply tell the government to stick it?

And don't kid yourself, these are viable questions.

Why? Well, simply because Christians are leaving the U.S. military or are discouraged from joining in the first place because of a "hostile work environment" that doesn't let them express their beliefs openly.

Let's be frank here, in a time when teachers are openly allowing students to pray to Allah, recite Muslim prayers, dress in traditional Muslim garb, and study the Koran in American public schools, Christians on the other hand are being persecuted, ridiculed, harassed, and simply made to feel unaccepted in today's America.

And yes, today's military is no different.

Muslim dress, prayer, traditions, and religious rites in America's military are all perfectly acceptable to American military and politicians -- especially Democrats and other Liberal politicians who follow the Obama Islamic indoctrination as a good thing for the United States.

While everything Muslim is in vogue in the White House, and subsequently the military, anything Christian has a target on it.

Michael Berry, senior counsel at the Liberty Institute, a Texas-based legal organization dedicated to defending religious liberty in America, said recent high-profile cases of military chaplains facing punishment for private counseling sessions that reflected the teachings of their religion could cause devout Americans who are qualified for military service to think twice about joining the military.

"People of faith are going to stay away from the military," said Mr. Berry in an interview with The Washington Times.

"I can’t tell you how many moms and dads I've spoken to who say, 'My son or daughter wants to join the military, but in light of what you've described, I’m not sure I want to let them join the military anymore,’ and I don't blame them. I would have serious reservations about my own kids joining," Mr. Berry said.

Douglas Lee, president of the Chaplain Alliance for Religious Liberty, whose job it is to find people who want to be chaplains and make sure they’re also qualified to serve in the military, said growing religious hostility within the military is making it harder for him to find potential recruits and for the armed forces to maintain the chaplains it does have.

"I know people who get out, officers and chaplains, who've said, 'I can't serve the way I want to in this environment,’” said Mr. Lee, who also served as an Army chaplain.

"People who've said, 'Because of the religious liberty challenges I see, I think I’ll serve somewhere else.' We all used to sit around and talk about planning on spending 20 years, but at some point enough is enough," he said.

Mr. Berry said he thinks the "hostile work environment" that is forcing the most religious persons out of the military is only getting worse. and that while in the past problems were mainly in the Air Force, religious liberty issues have spread throughout all the services.

"The problem is getting worse, not better, despite our efforts," he said. "There is a culture of hostility toward religion in the military right now."

While problems in the past have touched all religious groups, Travis Weber, director of the Center for Religious Liberty at the Family Research Council, said he’s seen a recent uptick and pattern of Christians facing persecution for religious expression.

While some are trying to say differently, evidence shows that the Department of Defense does not respect nor places any value on giving our troops their religious freedoms provided by the First Amendment of the Constitution.

Yes, troops are being denied rights and Christians are being persecuted and being refused their Constitutional Rights -- rights they fight to protect for us.

The rights of members of the military services are being violated daily by Officers and Left-wing politicians who kiss the ass of anti-military Atheists who are out to destroy the effectiveness of the United States armed services.

What I find real sad is that Atheist make lousy soldiers, sailors, airmen, or Marines, because they don't believe in anything -- and certainly not America.

And yes, American members of our military are also being prevented from having Christian bibles aboard ships and other military installations -- yet Korans are welcome.

While this is going on, the Obama White House has successfully placed commanders in positions of issuing discipline to Christians while allowing Muslim propaganda from Islamic extremist groups to be obtained without a word.

And yes, there are consequences to these anti-Christian actions!

Recently former Arkansas governor Mike Huckabee declared that young Christians considering military service should wait a couple of years until we get a new commander-in-chief that will once again believe that people of Christian faith should be a vital part of the process of defending America.

He was without a doubt telling Christians not to enlist in today's military.

Frankly, while I'm not calling for an indefinite abstention from serving our country, I can't help but agree that Christians in our military today are simply not welcome.

As because I am in agreement with Mike Huckabee over this issue, as I said in the beginning of this article, the question is: Who will be left if  Christians don't enlist or simply leave the ranks of the U.S. military services?

I'd bet there would not be enough men and women left to get a ship out of harbor, a plane in the air, a truck gased up and ready to roll, or fill a rifle company for combat.