Last Monday, April 7th, 2015, Federal Judge Andrew Hanen ordered the Obama Administration to stop a plan to defer deportations for up to 5 million people who are in the United States illegally while a lawsuit filed by 26 states plays out in the courts.

"The deferred deportation program does not represent mere inadequacy; it is complete abdication," Judge Hanen wrote.

"The Department of Homeland Security does have discretion in the manner in which it chooses to fulfill the expressed will of Congress. It cannot, however, enact a program whereby it not only ignores the dictates of Congress, but actively acts to thwart them."

Federal Judge Andrew Hanen ruled against lawyers for the Justice Department and in the process upheld the injunction he had placed on the Obama administration’s implementation of amnesty for illegal immigrants.

Along with that the judge ripped into the DOJ lawyers for "misleading the court." Yes, that's a nice way of saying "lying to the court" about whether or not parts of the Amnesty plan had already been implemented even before his order delaying the program.

The judge used President Obama's own words against him, saying they proved that he had made the right decision in halting the amnesty plan -- after all, Obama seems to believe his own "policies supersede established federal law."

"In summary, the chief executive has ordered that the laws requiring removal of illegal immigrants that conflict with the 2014 DHS directive are not to be enforced, and that anyone who attempts to do so will be punished," Judge Hanen wrote.

"This is not merely ineffective enforcement. This is total non-enforcement," the judge said, noting that Obama has failed to "faithfully execute" the law, as he twice swore an oath to do.

According to The Washington Times, Judge Hanen also noted his displeasure at the fact that the DOJ lawyers had neglected to inform him immediately about the fact that at least one aspect of the Amnesty plan had already been set in motion, despite their assertion in court that nothing had been started yet.

"Whether by ignorance, omission, purposeful misdirection, or because they were misled by their clients, the attorneys for the government misrepresented the facts," said Judge Hanen.

In truth, the DOJ lawyers now find themselves in violation of the standards and rules of conduct set by the American Bar Association and could face some sort of disciplinary action, whether by the Judge or the ABA itself.

Hanen hasn't ruled out sanctions on the lawyers, but has first ordered them to turn over every bit of information available regarding the Amnesty program that had already been started before deciding how to proceed.

There should be no mistake in what just took place. It is not every day that a Federal Judge rules against a sitting President.

Remember, the judge noted that Obama has failed to "faithfully execute" the law, as he twice swore an oath to do.

Friends, that's a big deal. So big that at least one Congressman is making the move to call for the impeachment of Barack Hussein Obama.

It's true. After 7 years of what many see as numerous high crimes and misdemeanors, a Republican member of the U.S. House of Representatives has finally made a move that could set off impeachment proceedings.

Right now, Republican Representative Ted Yoho of Florida is preparing to introduce a resolution setting forth the House’s definition of "high crimes and misdemeanors" against Obama.

This action is said to draw an unmistakable line in the sand that would directly challenge Obama’s authority when it comes to actions seen as open violations of the Constitution of the United States.

Remember, the Constitution of the United States was not created to keep Americans in line but to keep government in line.

Friends, make no mistake about what Rep. Yoho is doing. This is the single most significant action taken by a Republican towards impeachment to date.

The resolution introduces 11 different specific actions that fit the Constitution’s standard of "high crimes and misdemeanors," and several of them apply directly to President Obama.

For example, as two of eleven potential high crimes and misdemeanors the House would be declaring "impeachable," the resolution lists "failing to take care that the laws be faithfully executed through signing statements or systematic policies of non-enforcement" and "substituting executive agreements for treaties."

President Obama's refusal to enforce America's immigration laws, his threat of bypassing Congress on Iran, his illegal war in Libya, and his consistent defiance of Congressional investigations into executive branch scandals like the IRS, Fast and Furious, and Benghazi, all fit squarely within Representative Yoho’s 11 criteria for a "high crime."

Representative Yoho said that the most recurring argument against impeachment by experts was that President Obama's actions are similar to actions of previous presidents.

This, he says, is why the resolution is a necessary first-step to impeachment.

Once Congress has defined its criteria for “impeachable” offenses, the “Bush did it, too” argument is immediately destroyed.

This resolution was crafted with the assistance of legal experts like Fox News’ Judge Andrew Napolitano and civil liberties attorney Bruce Fein.

Yoho added that he expects that the resolution will cause a "Liberal firestorm" and will draw the ire of the race baiters, who will inevitably claim that the only reason that he wants to impeach Obama is because he’s black.

But to this Yoho says, "This is strictly about the rule of law."

He noted that executive amnesty was the final straw.

Yes, besides being a friend to cattlemen and a protector of the 2nd Amendment, he has been a veterinarian for the past 28 years in the North Central Florida area.

He is a member of the Republican Party, the Tea Party Caucus, and is the United States Representative for Florida's 3rd Congressional district since 2013.

Another website put it best by saying this brave Congressman should be commended for his efforts to fulfill his oath to defend the Constitution.

While I believe that President Obama has broken the law in the things that he has done, I also believe that the thought of that idiot Joe Biden being President is absolutely scary. 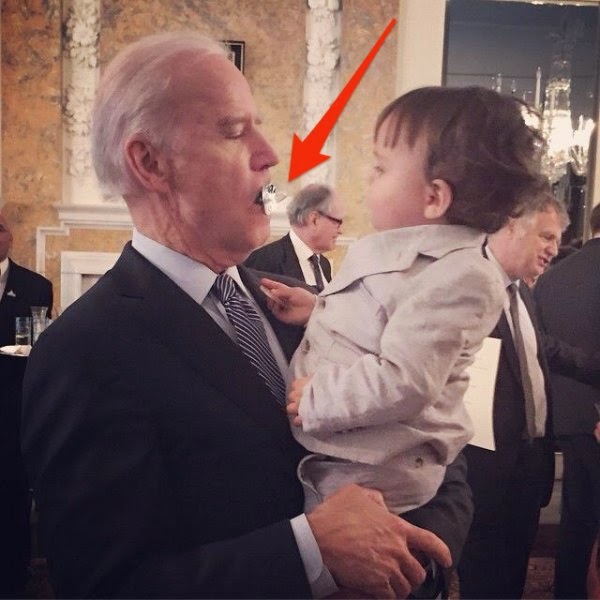 The picture above was taken when Vice President Joe Biden took the pacifier from that child and put it in his own mouth.

"What's a boy to do when the Vice President steals your pacifier?" Georgina Bloomberg wrote next to the photo.


It is Biden's irrational behavior, behavior like this, that makes impeachment of Obama scary.

But even with the possibility that our village idiot may become President, any actions which are criminal on the part of Obama should not be condoned just because he is president.

Our laws, our Constitution, was built to prevent a president from thinking himself King or Dictator of the United States.

We cannot allow it to take place because of their sex, creed, color, religion, political affiliation, or support from the media.

And please make no mistake about it, it all has to do with Obama's criminal violations of the Constitution.

Criminal offenses are different than his rogue policies, his divisive attitude, or the his ideas of change which has proven detrimental to the United States. We cannot allow any president to willfully break the law.

Even with the scary possibility of putting an idiot like Joe Biden in the White House, the bottom line is that Americans need to support Rep Ted Yoho's efforts to make it clear that no one in office is above the law.

The Constitution should be preserved and adhered to. It must not be disregarded as some out of date document that some in government feel does not apply to them.

Yes, that's just the way I see it. 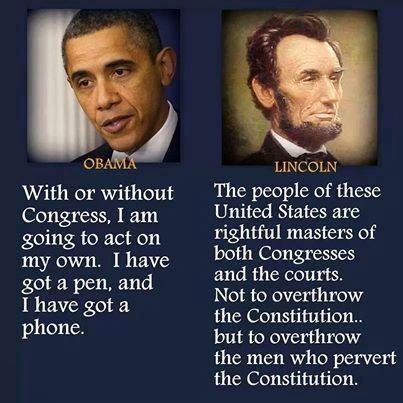