Should We Allow Foreigners To Vote in American Elections 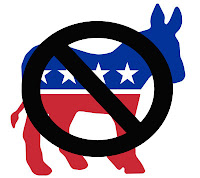 This question was sent to me in this way, "Why shouldn't we allow Foreigners to vote in American elections? Why can't they have a say in picking our leaders? Are you a racist? Do you hate Mexicans?"

First of all, I'm not a racist. But I do want everyone entering the United States to do it legally and not illegally. Not much to ask. Besides, what's the problem with doing it legally? Nothing!

And by the way, it's not just Mexicans who are coming here illegally. Fact is, people from just about every country in the world sneak in to bypass the process. Why should they do so when others are doing it legally?

For the woman who wrote me, please ask yourself how would you would feel if you were standing in line for a movie and someone cut in line and tried to get in free after you paid?

Oh, I forgot that a number of people seem to have forgotten that our parents, grandparents, great-grandparents, or someone in our family paid the price to get in and assimilate. But most likely, that really doesn't matter to the one's who are willing to allow illegal Foreigners in our country.

Of course "only citizens" should vote to install our representatives. Why should anyone from a foreign land have a say in who leads us? Why don't you go to Mexico and tell them that you want to vote in their election? Write me, and tell me how that went?!

What other country in the world has ever allowed Foreigners for any country to come in and pick their leaders or have a say in their policies? None! And friends, I have taken the time to look into this. Every nation requires that you must be a citizen to vote in one of their elections.

If you know of a country that has an open voting system where Foreigners can vote in an election there, without being a citizen of that country? Please let me know what nation that is.

Because friends, from everything that I can find, no other nation in the history of mankind has allowed the people of another nation to pick their leaders or say influence another nation's course. And yes, that's exactly what we are doing by allowing Foreigners to vote in our elections.

So why should we allow Foreigners to vote in our elections? It would be the very same thing as allowing Mexico or China, or any other sovereign nation to vote and subsequently pick our next President, our Congressmen and women, our Senators, Governor, Legislators, County Sheriffs and Judges.

Right now, even without Foreigners voting, we have a problem with bringing in Muslims who refuse to assimilate because their religion forbids them from doing so. These Muslims are being made citizens even though their loyalties are with their homeland and its customs -- not ours.

Can you imagine the day when Muslim refugees, people not yet citizens, vote because Democrats want to give away our precious right? Do you think that Muslims would vote into office people who hate Israel? I do! How about voting in someone tough on Islamic Terrorism? Not a chance!

And how about voting in Sharia Law in place of Constitutional Law in places where say a small population is Muslim like in many cities? Now add in illegal Muslims voting and they can change policy and politics very easily.

If they could vote right now, without becoming citizens, would Muslims vote to install Sharia Law here in the USA? Would they use the power of the ballot to eliminate Women's Rights, legalize child molestation, legalize male and female rape and stoning and honor killings here in America just as it is where they left? Absolutely they would. They are proving that in Europe.

Right now, all of which is legal could become illegal if the people using the power of the vote, use it to turn our American culture on its ear. Now, can you imagine if referendums were left to Foreigners to vote on? What sort of America do they want?

Do you think, if Muslims were given the chance to vote in new laws in America, they would steer our government and society to be more like where they came from? I certainly do.

If we allow Foreigners to vote, then why not just hand out absentee ballots at our embassies around the world so that ALL of those nation can vote to change our American laws and our system of Constitutional government?

To quote the Immigration Services, "citizenship is the common thread that connects all Americans. We are a nation bound not by race or religion, but by the shared values of freedom, liberty, and equality." 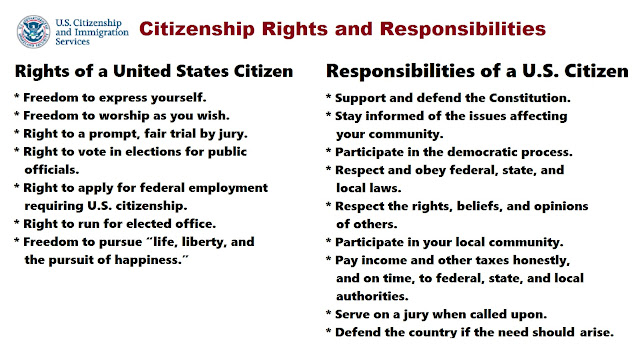 Throughout our history, the United States has welcomed newcomers from all over the world. The contributions of immigrants have helped shape and define our nation into the country which we know today.

More than 200 years after our founding, naturalized citizens are still an important part of our democracy. By becoming a U.S. citizen, one has a voice in how our nation is governed. Why allow Foreigners a voice, especially when we Americans don't have a voice in how their home countries are governed?

Citizenship offers many benefits as well as some equally important responsibilities. Demonstrating one's commitment to this country, the United States, and our form of government, our laws, our customs, is a significant part of being an American citizen.

As citizens, should we allow Foreigners to vote in American elections, or should we should take our role seriously and as important as it is? As citizens our rights and responsibilities should be exercised, but also respected.

As I've gotten older, I've come to realize that freedom from tyranny comes in many forms. Once upon a time, I thought tyranny was only that of a national dictator such as Adolf Hitler and Fidel Castro. Both had in common the ideology of making citizens slaves of the state, peasants of an all powerful central government supported by threats of prison or death.

I've learned that tyranny can come from government agencies, and from the federal level as well as the state. Tyrants in America come in the form of political appointees, government officials, and even in the likes of California Governor Jerry Brown who just gave the power of the vote to Illegal Aliens here in California. Yes, imagine that!

Here in California where we could have put it to the citizens to vote on, it wasn't. Instead it was decided on by the Governor and the Democrat Party, then simply shoved down our throats to be taken as the law -- like it or not. And yes, all with the applause of the all powerful Democrat Party which runs California.

Yes, like some two-bit dictator, California Governor Jerry Brown demanded that non-citizens get the vote. Working with his cronies to get it done, they merely rubber stamped it and gave him what he wanted. California has proven itself to be just another Third World nation with a controlling junta.

Yes indeed, in the last few years of the Obama administration, America has certainly shown that we can be no different than a Banana Republic in so many ways. Obama and the politically protected criminals in the Democrat Party, the "Ruling Party," has America acting no different than some of the most political corrupt Third World countries. Through back room deals with Union leaders and other Leftists, paying bribes, promising political favors, making threats, all is seen these days as "business as usual" in California and around Obama's America. It is all to skirt the will of the people.

Friends, even though I believe our government is corrupt these days as never before, we are still the melting pot for those wanting to come here legally to assimilate. Because of that, I still don't believe that our citizenship should be taken as lightly as the Democrat Party apparently does.

We should certainly not allow the actions of filth to cheapen what our citizenship means by allowing Foreigners to have our right to vote.

Frankly, while I see Conservatives holding American citizenship in high esteem, I don't think Liberals, Democrats, care if they are doing harm or doing what's right for America. I simply don't think they care one way or the other.

I see Democrats as being as self-serving and devious as Lucifer when it comes to getting what they want. Yes, just as evil and conniving, all while believing the good be damned.