Insane Gunmen In The Old West? 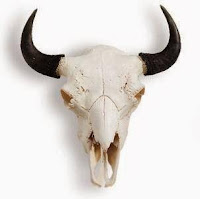 With all of the talk these days about gunmen who may or may not be insane, a few of my readers have written to ask if there were such killers in the Old West? Well, sadly there were crazies even back in the day.

Of course, gunmen such as John Wesley Hardin and Killer Jim Miller were psychopaths. But they weren't crazy. Psychopathy is considered a personality disorder, but not a mental disorder. Psychopaths are said to be completely detached from emotions such as guilt and empathy. Bottom line is they had no conscience or compunction when it comes to killing. That lack of feelings of guilt or having any sort of moral scruples is what really defines many of hired killers and badmen in the Old West.

The difference between them and someone who is truly insane or "crazy" is that the term insanity usually describes what is termed a "psychotic-like break with reality." Fact is that's not the same as someone suffering some degree of "mental illness" such as for example constant anxiety problems over excessive and often irrational worry about paying the bills or finishing a project on time.

While some folks make the mistake of calling an insane individual "mentally ill," or say he or she suffers from "mental illness," in reality that's no correct at all and they really should not be lumped together. True mental illness in it's many degrees is nothing new to the world, but it's certainly different than having a psychotic-like break with reality and being insane. In actuality some experts believe mental illness, which can include an array of problems including depression or say being able to sleep the whole night, is falsely being lumped together with things that it shouldn't be. It gives people the impression that all "mental illness" is that same when it's not.

Below is an interesting example of a gunman and killer who was deemed insane. Although, there were those at the time who thought he may have been faking it to avoid being hanged.

The story comes from the archives of The Silver City Enterprise which was a newspaper that was operated in Silver City, New Mexico, from 1882 to 1987. It's publisher was W.A. Leonard & Co.

A most lamentable double tragedy was en- acted at Bald Knob on the 17th instant. On train No. 53 there was a passenger by the name of John W. Graeter, who had exhibited signs of insanity to such an extent that Pullman conductor E. W. Leach, in whose car Graeter was, spoke about the matter, saying he was afraid that he (Graeter) would harm some one before they would get through. It was not known where he was going, but no harm was done until after the Memphis train had got in and “53” had taken on the passengers for the south and was pulling by the station.

When not more than ten rods from it, bystanders on the platform saw the brakeman and Pullman conductor run out of the Pullman car, and following them was a man with a pistol in his hand, and to the horror of those in sight they saw the pistol leveled on the conductor and fired.

It was seen at once that the conductor was shot, for immediately he began to totter and soon fell from the platform. After falling he was dragged 200 yards by the bell rope, which had in some way become wrapped around his arm. When he was reached he was about dead, giving only two or three groans.

The train was still running, and would not have stopped had not the hostler of the engine that brought in the Memphis train realized the situation and blowed the “down whistle,” upon which the train pulled up. When the crowd reached the train it was found that another man had been shot as he was sitting in his seat.

When an effort was made to enter the car, Graeter was laying flat in the car with two pistols by his side, and it was some time before he could be taken from the car, as it was supposed he was insane, and no one cared to make an effort for his capture unless the drop could be obtained. For three-quarters of an hour efforts were made to get the advantage of him without success.

At last a ruse was resorted to and he was told that unless he threw out his pistols the coach would be set on fire. The threat had the desired effect, as he said he would surrender if promised protection. This was assured him, and he threw out his pistols and came out. He was put in the calaboose, and though under a great mental strain, seemed to know what he wanted, having telegraphed for his brother, at Vincennes, Indiana, where he is interested in the street car lines. He also wanted a good lawyer. He is genteely dressed, and has over $200 with him, besides a watch and jewelry. He talks about having to do what he did, as he said Meier and Leach had threatened to kill him.

There was but four persons in the car at the time, the murderer, John W. Graeter, of Vincennes, Indiana; Mr. Isador Meier, traveling salesman for Foster, Hilson & Co., Thirty ninth street. New York; E. W. Leach, the conductor, and a lady.

What makes the killing of Meier especially so sad is the fact that he had came in on the Memphis train and had been in the car not over twenty minutes when the fatal shots were fired into his head, and all the while he sat in his seat unconscious, the blood and brains were flowing from his horrible wounds.

The coroner’s jury is now at work on the case. Excitement, which was high for a time, is now allayed. Isador Meier was taken to Judsonia on the same train on which he was shot, arriving there about 1:30 p.m. He was placed in the hands of skillful company surgeons, but their work was of no avail, as he died at 4:30 p.m., two bullets passing through his head.

John W. Graeter, the murderer, was taken to Searcy, the county seat of this (White) county by the sheriff this morning. He is a pitiful sight, his every look and movement showing that he was insane. Every person who approaches he calls upon to protect him and begs them to be his friend. There is no doubt but that Graeter will be put in some asylum as soon as he is examined by a physician.

Graeter comes from one of the first families of Indiana, and is estimated to be worth $80,000. The verdict of the coroner was in accordance with the facts as stated in yesterday’s dispatch. The J. W. Graeter above referred to is almost undoubtedly the same man who was a partner of L. D. Miller in this city in 1885.

He came here from Vincennes, Indiana, where his father and sister then resided. He frequently boasted that his business here was only a side issue and that his father was very wealthy. While here he frequently indulged in heavy drinking and gambling sprees, and at such times was cross and quarrelsome.

While staying at the Broadway hotel he raised a great disturbance one evening while under the influence of liquor. Mr. Durkee, who was a friend of Graeter’s, went into the room where Graeter lay on a bed in the dark and tried to have him keep quiet.

Without warning of any kind he fired two shots at Mr. Durkee from a revolver, both bullets passing close to his abdomen and lodging in the wall, where the holes may yet be seen.

Mr. Durkee believes Graeter to have been insane while under the influence of liquor, while others here believe those fits to have been simply an outlet of his pure cussedness, under the guise of drunkenness, and still further believe that his recent murderous freak was of the same nature and from the same cause, insanity only being a dodge to escape punishment.

The last paragraph tells us a lot about how things change yet stay the same. What I'm talking about is how there were those folks even back then who realized that there are bad people who would try to "feign insanity" and use an insanity plea to escape being taken out and hanged. In the case of Silver City in 1891, if a jury decided to place him in an asylum for the criminally insane, that murderer would certainly have escaped a rope.