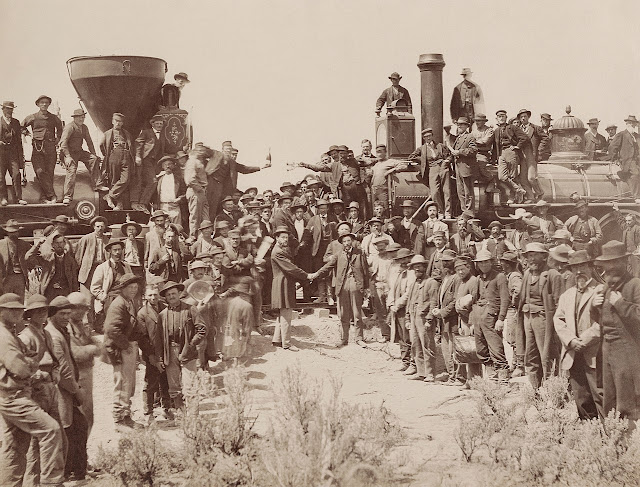 On May 10th, 1869, the Union Pacific and Central Pacific railroads completed the First Transcontinental Railroad in the United States at Promontory Summit, Utah. The celebration over connecting the East with the West was signified with a golden spike.

Four year and a few days prior to that taking place, on the dark night of May 2nd, 1863, right after the Battle of Chancellorsville, Confederate General Thomas Jonathan "Stonewall" Jackson and his staff were returning to camp. His staff's arrival was mistaken for a Union Army cavalry unit and immediately a volley was fired at the approaching men. When the General's staff identified themselves, Confederate Major John D. Barry didn't believe them and shouted "It's a damned Yankee trick! Fire!"

With that, a second volley was let go. Of the rounds fired in the second volley, General Jackson was struck by three rounds. Some in his staff were killed. Yes, along with their horses. It was quite the massacre. It was also total mayhem.

After the confusion settled down, General Jackson waited to be cared for. Then, once medical assistance arrived, Jackson was actually dropped from his stretcher while he was being evacuated from that position. Some say he was evacuated because of incoming artillery while others say he was simply being relocated when his unit was moved.

General Jackson's left arm was amputated, and he was actually thought to be recovering. But then, on May 10, 1863, eight days after being shot, General Jackson died of complications from pneumonia. He was 39 years of age. And with his death, the Confederacy lost one of it's best Generals. Not as a result of a Yankee sniper, but as result of Confederate troops mistaking him and his staff for Union troops.

Two years later on May 10th, 1865, Union troops ambush and capture Confederate guerrilla William Quantrill at Wakefield Farm, Kentucky. Quantrill was considered a mad dog killer. It seems fitting that he was shot in the back while trying to escape, and lingered in pain while paralyzed from the chest down. He was taken to a military prison hospital in Louisville, Kentucky, where he died of his wounds on June 6th. He was 27 years of age.
And by the way, some reports say the Union doctors refused to give him any sort of pain medicine for the whole time that he suffered because he refused to admit who he was. Yes, even though he was identified by those who knew him. That's including men in his band. It's believed that he refused to admit who he was because he feared he would be hanged for the Lawrence Massacre if he recovered from his wounds. He was right as it was Quantrill who ordered his more than 450 Confederate guerrilla fighters to kill around 150 unarmed men and boys -- and then burn Lawrence, Kansas, to the ground.

On that same day, on May 10th, 1865, near Irwinville, Georgia, Confederate President Jefferson Davis was captured by Union troops. It's said that he was dressed in women's clothing to escape detection. Later, he tried to say that he was only wearing his wife's shawl because he was cold.

During the Civil War, in 1863, the Central Pacific Railroad started construction of a line headed East from Sacramento, California. Almost two years later in 1865, with the war winding down, the Union Pacific Railroad headed West from Omaha, Nebraska Territory. The place where they were to connect up was agreed up. That place where the two tracks would meet was at Promontory Summit, Utah Territory.


As with such things, the were all sorts of snags to get it done. Even the ceremony for the completion of the First Transcontinental Railroad didn't go on without a few hangups. For example, it was scheduled to take place on May 8th. But that didn't happen because the Union Pacific train which would show up to represent the Union Pacific Railroad was delayed in Wyoming. Believe it or not, a labor dispute with railroad workers held things up. Yes, even back then.

With the ceremony rescheduled for May 10th, the Central Pacific No. 60, also known as the Jupiter engine, and the Union Pacific No. 119 met at Promontory Summit, Utah Territory. On hand were representatives from both railroads, all sorts of dignitaries, railroad workers, the public, hunters, suppliers, and even soldiers who provided some protection during the building of the lines. All toll, it's said that there was anywhere from as few as 500 people there to as many as a couple of thousand on hand for the event.

For the ceremony, the special gold spike and railroad tie was setup for ceremonial purposes only. The tie was polished California laurel and had a pre-drilled hole. It was laid and then representatives for the two railroads used a special silver-plated spike maul to drive the golden spike into the pre-bored hole.

The ceremonial 17.6-karat gold spike was driven with a final tap, and it was just a tap, by none other than Leland Stanford. Yes, the man who would later build Stanford University is said to have driven the last spike into the First Transcontinental Railroad. As for the ceremony itself, the whole idea of having a ceremony for the completion with using a gold spike came from San Francisco financier David Hewes. 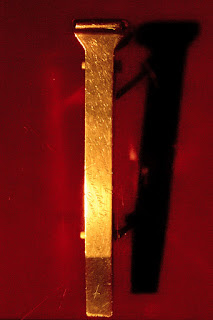 The golden spike was made of 17.6-karat (73%) copper-alloyed gold, and weighed 14.03 troy ounces. The 17.6-karat spike was manufactured especially for the event by the William T. Garrett Foundry in San Francisco.

In reality, it was dropped into a pre-drilled hole, and then tapped into place. Then removed. That spike was engraved on all four sides.

One side states: The Pacific Railroad ground broken January 8, 1863, and completed May 8, 1869. Please note the incorrect date of the ceremony on the spike that was actually used.

And the last of the four side states: May God continue the unity of our Country, as this Railroad unites the two great Oceans of the world. Presented by David Hewes San Francisco.

A second golden spike, exactly like the one from the ceremony was cast at the same time as the first. It's engraving is the same, but it has the correct date of May 10, 1869. This spike was a secret in that it was unknown to the public until 2005. This second spike is now on permanent display, along with Thomas Hill's famous painting titled The Last Spike, which are at the California State Railroad Museum in Old Town Sacramento.

Besides the famous golden spike, there were more than one spike on hand that day. In fact, commemorative spikes were presented to a number of people after speeches by many there. Among those making speeches were Leland Stanford who was the president of the Central Pacific Railroad and a member of the Big Four in California, and Grenville Dodge who represented the Union Pacific Railroad.

As for those commemorative spikes, earlier that day, and long before the last spike was driven to connect the line, three other commemorative spikes had been tapped in the pre-bored laurel tie. Each went in and then removed before presenting them to various individuals.

One spike was a lower-quality gold spike that was supplied by the San Francisco News Letter  which was a weekly newspaper that started publication 1856 and is believed to have lasted until the 1890s. That gold spoke was made of $200 worth of gold and it was inscribed: With this spike the San Francisco News Letter offers its homage to the great work which has joined the Atlantic and Pacific Oceans.

A second ceremonial spike was made of silver. Rather than cast, that silver spike was forged of 25 troy ounces of unpolished silver. It was supplied by the State of Nevada.

A third ceremonial spike was a blend of iron, silver and gold. It was supplied by the Arizona Territorial Governor's office and and engraved: Ribbed with iron clad in silver and crowned with gold Arizona presents her offering to the enterprise that has banded a continent and dictated a pathway to commerce. That spike was given to Union Pacific President Oliver Ames. That spike is said to be on display at the Union Pacific Railroad Museum in Council Bluffs, Iowa.

All three were gifts to be presented by the other three members of the Central Pacific's Big Four who couldn't be there that day.

Besides the fact that the special spike was gold, a telegraph line was actually connected to the spike to captured "the vibrations of the driving of the last spike so the nation could hear the railroad’s completion." After the last spike mail tap, the telegraph message "Done" was sent out.

It was all ceremonial as the spike made of gold and engraved was replaced with real iron spike. And yes, the telegraph wire that connected to the gold spike for sensationalism was removed.

The Transcontinental Railroad was very significant because it meant that people and goods could travel faster and safer across country. Goods and meeting the demands of people in need of those goods has always been the lifeblood of America. Americans don't sit on their wealth. We achieve it and spend it either on building new businesses if we're so lucky to have such wealth, or we buy what we want and need to make our lives better and more comfortable.

Whether it's a new John Deere plow, or obtaining a brand new J.S. Risdon metal windmill, buying goods, especially those from long distances, is the reward of hard work and the glory of a system that says we can have better lives through our efforts. Having the two halves of the nation connected improved trade opportunities between regions, states, businesses as never before. It made our getting goods easier than ever before. People saw the potential of the First Transcontinental Railroad. But I believe that no one saw it's significance as much as a man by the name of A.M. Ward.

In 1872, he created an invention that harnessed the power of that connection. Known as the book of dreams for many Americans in small towns and big cities, it filled a niche as a way to get goods that one could only dream of before. That invention became known as the Mail-Order Catalog. With it, one could order a product that was manufactured clear across the country. And when it arrived, in almost every case, it arrived in such good condition that one would think it were made locally. Such was power of trade being improved with the First Transcontinental Railroad.

By the way, the original "golden spike" is on display at the Cantor Arts Museum at Stanford University. 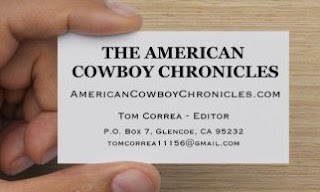