They Selflessly Fought For Freedom 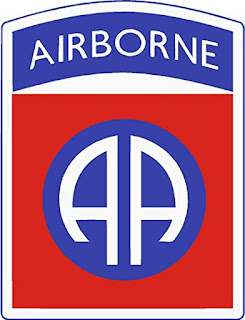 Last year, I had to attend a meeting that was held in the city of Milpitas which is located just north of San Jose. While there, I decided to take a look at an old Western Pacific Railroad repair yard there. I actually wanted to show my wife where I once worked as a railroad-carman back in 1978.

For the record, I love ghost towns because of the stories that were played out in those places but today are lost to time. When my wife and I arrived at the rail yard, I was struck how empty and deserted it was. The tracks were still there, along with the tool shed, the truck barn, and weeds everywhere. There was no mistaking the broken glass widows, the boarded up doors, and the downed telephone wires of what once the old yard office, the carmen's shack, and my old boss's office.

It was eerie because it was once a busy place. But on that day, the day that I wanted to show my wife where I worked as a young "car toad," the wind whipped through the emptiness and only amplified the desolation.

It had become rundown, deserted, bleak, and sad. Sad because I once worked there. I punched a clock there. I had beans there. I met Mr. Medit there.

I had been out of the Marine Corps for a little over a year when a friend sent me to Western Pacific Railroad head office in San Francisco. I was looking for a job in the worse economy since the Great Depression. And no, that's not an exaggeration. There were double digit interest rates, inflation, and unemployment. People today are either ignorant of simply forget how those bad old days really were. Those truly were hard times. I haven't forgotten simply because I did whatever I could to make a living. Yes, including take whatever job I could get.

In those days, I remember being told to lie on job applications because there were job interviewers who were extremely anti-military and would refuse someone a job just because we served and they didn't. The anti-military feeling in the 1970s was horrible. Between that and businesses closing down, I was pretty leery of leads for jobs when I did get on.

When I walked into the Western Pacific Railroad office in San Francisco, I immediately saw a sign on the receptionist's desk that said "No Applications." I figured it was a wild goose chase and started to leave when the receptionist stopped me to ask my name. I told her and she pulled open a desk drawer. She needed to check to see if my name was on a list. Yes, it was all about who you knew and I was on that list.

She told me to follow her and we proceeded through a door into another office. A man there said that I came recommended and asked if I had a strong back. He then told me that I can fill out the needed paperwork later, but first I had to get a back x-ray. He sent me to Oakland to get the x-ray.

About ten minutes after the x-ray was taken, a doctor came into where I was waiting and handed me a card with an address. He told me to go to Milpitas and see Mr. Harold Medit. He said that he's put me to work.

I drove south to Milpitas and found the rail yard. It was booming. All of the storage lines were almost full. Most were empty just waiting to be pushed into the Ford plant next door. They made trucks and cars for the nation. On the repair tracks, rail cars were being repaired and refurbished. The repair tracks were full and men were doing a number of jobs from welding to cutting to replacing drawbars and wheels. If memory serves me right, there were about a dozen men on the day shift. Half as many men worked on the swing shift, and four men worked the graveyard shift.

I walked into the yard office and met a secretary who was expecting me. She walked me over to Mr' Medit's office and introduced me. He was expecting me and told me what my job would be, how much I would be making, what I can expect from him, and when to start. He wanted me to start work the next day and stay on the day shift for a couple of weeks. After that, then he'd put me to the graveyard shift.

Before turning me loose to fill out some paper work, he asked if I were ever in the service? I hesitated, but then told him that I had left active duty about six months earlier. I also told him that was thinking of staying in the reserves. He told me that he served in the Army during World War II. He then proudly pointed to a collage of his ribbons and such hanging on his office wall.

I can still remember looking at his assembled ribbons, medals, enlisted stripes, Captain's bars, and jump wings. Besides his collage, there was a picture of a town with an 82nd Airborne patch attached to it. He said that he was part of the 82nd Airborne Division who jumped into Sainte-Mère-Eglise on D-Day, June 6th, 1944.

During my short time with Western Pacific Railroad, I had the opportunity to talk with my boss about his experiences liberating France. He knew that I had a great deal of respect what he went through, for what he did. Frankly, I think liked that someone was interested in hearing about what took place -- especially on D-Day.

Mr. Medit had good reason to be proud about his experiences in World War II. He started out as an enlisted man and later receiving an officer's commission. That's not done everyday. And even though D-Day had been 34 years earlier at that point, he remembered it as if it were yesterday.

He told me that the town was occupied by the German troops that spring. The town was important to for American forces to take and hold because it was where several roads converged in its center. Sainte-Mère-Eglise was in the heart of the jump zones of the 82nd Airborne. I remember him telling me that there was a house fire in the town very late on the night before D-Day. He remembered that the fire was used by our pilots as a reference point in the black of the night. He said that with all of the chaos that night, that blaze was a God send for finding their drop zone.

But, as he recalled, one of his fellow paratroopers was unlucky because he actually fell directly into the house as it was burning. And no, he said he couldn't remember if that soldier made it out okay or not.

I told him that I saw the movie version of the D-Day jump and that soldier who was hung up on the church steeple. He told me that two paratroopers had actually landed on the church. One got himself free while the other remained hanging on the bell tower for almost an hour before being taken prisoner by the Germans.

The preparation for D-Day was done on a giant scale. There was nothing small about it by any stretch of the imagination. The common goal was to liberate France and push back the Germans. On the night of June 5th, he and others boarded to make their jump. He said it was before 1a.m. on June 6th when they got to their target and stepped off. He was proud of the fact that his unit wasn't as scattered as others. He said the only thing that he wasn't prepared for came on his very first days in France. He was part of a detail tasked with trying to locate the bodies of the others in his unit who were killed.

On June 6th, eighteen residents of the town of Sainte-Mère-Eglise were killed. For them, D-Day was a day to flee their homes and the fighting. It was American soldiers like my old boss Harold Medit who made their town safe enough, and free enough, for them to return.

As with many World War II veterans who I've known, he was proud of what he could add to the bigger picture of things. He knew he was needed even if he were just one of hundreds of thousands others who were there. He didn't shirk his duty and did his small part in liberating France and defeating Nazi Germany.

It's too bad that too many today can't understand the importance of not forgetting what they did. They selflessly fought for freedom. They did not do it out of servitude to the state. Nor was it done expecting to be cared for by the government, or because of some sort of monetary gain or reward. They did their duty because they saw that doing one's part in the bigger picture of wiping out Nazi tyranny was what had to be done. Fact is, they knew that failing to stop the evil that was Nazi Germany was simply not an option if their children and grandchildren were to have freedom and liberty.