The SS Arctic & The SS Pacific of the Collins Line 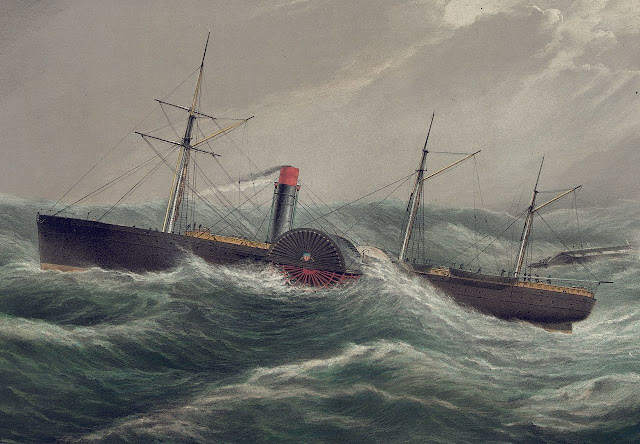 The SS Pacific 1849
The first SS Pacific of note to have vanished did so in 1856. In that case, the SS Pacific was a wooden-hulled, sidewheel steamer built in 1849 specifically as a part of the transatlantic service with the Collins Line. It was a steamship that was designed strictly to outclass its British rival which was specifically the Cunard Line. The SS Pacific and her three sister ships were considered the largest and fastest transatlantic steamships of their day.

That SS Pacific, which should not to be confused with the SS Pacific that went down off the Washington state coast in 1875, started out setting a new transatlantic speed record in her first year of service. But then, mysteriously, only after five years in operation in the Atlantic, she disappeared. It's true. On January 23, 1856, while on a voyage from Liverpool, England, to New York, her crew, and 200 passengers simply vanished and were never seen again.
She was commanded by Captain Asa Eldridge of Yarmouth, Massachusetts. Yes, he was a true Cape Cod skipper with a great reputation as a good captain and a superb navigator. Capt. Eldridge was born on July 25, 1809. He was the son of Capt. John Eldridge, who was ship captain of with his own slendid reputation. It's said that as with most all Cape Cod boys of the time, young Asa Eldridge went to sea early and worked his way up to command what can only be considered many fine ships. He sailed for years with the Dramatic Line and then with the Collins Line both of which belonged to American shipping magnate E.K. Collins out of Massachusetts and New York. 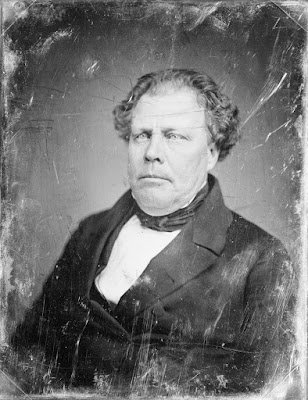 Edward Knight Collins was a shipping magnate who I find very interesting simply because of the ups and downs of his life. He was born in 1802 and went from this business to that, until 1836 when he launched the Dramatic Line of sailing ships. Actually, "sailing packets" to be correct. The packet trade of the transatlantic was all about shipping regularly scheduled cargo, passenger, and mail trade by ship. The ships are called "packet boats" or "sailing packets" because their original function was to carry "packets of mail." A "packet ship" was originally a vessel employed to carry post office mail packets to and from British colonies, as well as British embassies, across around the world.
American shipper E.K Collins's main transatlantic competition was Great Britain's Cunard Line. Though he grew to have a huge share of what was considered "the world’s most important shipping route" of the day, that route between New York and Liverpool, he received a U.S. government subsidy in 1847 to carry mail on that route.
Known as the "Collins Line," its inaugural voyage took place in April 1850. Because of the cost to build and operate bigger steamships, and the fact that his ships were considered to be the biggest, fastest, and most luxurious on the Atlantic, Collins went back to Congress for an increase in his subsidy for carrying mail in 1852. His line had four steamships, the SS Atlantic, SS Arctic, SS Baltic, and the SS Pacific. 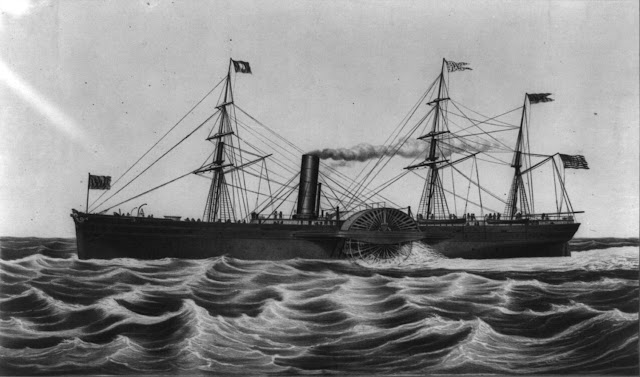