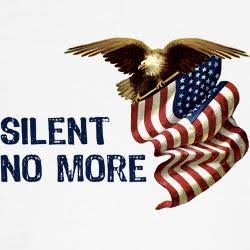 As someone who admires President Trump a great deal, I take offense to those who say President Trump is not a great speaker. I do not see the President as inarticulate, rude, insulting, or insensitive. In fact, I see President Trump as a motivator, an inspiration, a freshness that we've long needed. I see him as the strength called for in this ongoing war against those who want to destroy our country.
I prayed for someone the likes of President Donald J. Trump. I wanted a president who was cut from the same cloth as Teddy Roosevelt and Ronald Reagan. I wanted someone who didn't feel he is "above the fray." Someone who would whip off his coat and tie, and climb into a ring on our behalf. I wanted a President not above getting in the mud to fight for us. So yes, I have loved that we have a counter-puncher in President Trump.
I wanted someone who was not a politician, someone who was an amateur at political disguise. I was tired of professional career politicians. I was sick of their excuses when asked why they weren't getting anything done. I was fed up with their only knowing us during election seasons and disappearing to do less and less after they were re-elected. I was sick of not being able to tell the difference between the Republicans who I voted for and the Democrats who march lockstep to Nancy Pelosi's orders. I was sick of hearing how Republicans needed a majority but then when they got one. They did nothing with it because of fear of reprisals from the Left.
Because of gutless cowards and "Republicans in name only," I was going to stop voting. But I didn't because I knew if Democrats win more seats, we can kiss our freedoms goodbye. And no, it doesn't take looking at tea leaves to know that Democrats seek totalitarianism with them in charge -- and us as slaves of the state.
Instead of giving up, I prayed for a man like President Trump to come to the aid of our country. I wanted someone who didn't take any crap from Democrats or the Mainstream Media that they alone control. I wanted someone who gets angry when he sees that politics is being used to screw the American people.
I wanted someone willing to use our economic might and influence against our enemies overseas, including doing so instead of using our troops. I wanted someone who says it like it is -- and hands out the unvarnished truth. I wanted someone who could take on Washington and remind the people who want to be our masters that We The People are still in charge.
Sure, I also wanted a cheerleader, someone like FDR who tells us to have the strength that we are capable of having, someone who sees us as his priority and not the rest of the world. I wanted a President to represent America. I wanted a President who called us his "fellow Americans" and means it. I wanted a President who truly unabashedly loves America. And yes my friends, that's who President Trump really is. The fact is, he's all that and more.
As for my own belief, yes, I believe God sent Donald Trump to us. He sent us a champion in the form of a businessman with a Queens New York accent. He sent us an extraordinary man approve reproach. He sent us a billionaire who likes McDonald's hamburgers, enjoys the company of tradesmen, who unlike other Presidents -- a man who actually pays the women on his staff the exact same thing that he pays the men on his staff. After almost four years of watching and listening to him, after watching him actually fulfill promises, I truly believe he unabashedly and unapologetically loves Americans. I thoroughly believe that he is still everything we need to right our ship of state.

In recent years, Democrats have made no secret of the agenda. The Left wants to eliminate our rights including our right to free speech, our right to arm ourselves, and our ability to worship as we please. They want this while seeking to destroy our Capitalist system which is the envy of the world. And if that's not enough, these days they want to defund the police while embracing their anarchist supporters.
From what they have shown us, the Democrat Party is America's enemy within. They have become our enemy, and President Trump is the only person stopping them from carrying out their agenda to change America into some Socialist shithole like Venezuela, or worse some Communist third-world country like Cuba.
While I absolutely love and respect President Trump, I hate the savagery from the Democrats these days. Since they have tried every underhanded way including a coup de'tat to remove him from office, I worry that a Democrat zealot will try to assassinate President Trump the same way that a Democrat madman assassinated President Lincoln.
As for people who "turn up their noses at Trump," those are Democrats. And frankly, I wouldn't expect anything less from them. While Democrats have worked relentlessly to slander his name, he has not allowed their hatred for him to sway his efforts to do what is best for America. And no, I don't care if Democrats hate President Trump. After all, he doesn't need them. He has the love and appreciation of millions of supporters.
Democrats have shown themselves as people of low character who aren't even worth the sweat off my brow. Classless America haters like Pelosi, Schumer, Romney, Harris, and the rest aren't worth taking the time to try to change. Their hatred for President Trump, us, and our nation is visceral and neverending. They don't see what they can do for America. they only see what they can rob and steal.
Frankly, that's why I don't care if Democrats hate President Trump or us who support him. Democrats want an American nation that is amoral and divided, where the people are enslaved by the government, and we are last in line among the countries of the world.
I'm thankful that President Donald J. Trump is leading our great nation. But even more than that, I thank God that we who openly support him are not alone in this war to defeat the Democrat threat from achieving victory.
Tom Correa
Posted by Tom Correa at 1:19 AM