Last year, the middle of June, our group's biggest fund-raiser went on as planned. And yes, it was a big hit.

Along with a Tri-tip Bar-B-Q, there was music and beer and people came up from the valley as well as neighboring areas.

Folks flocked in from just about everywhere. And yes, unlike some hot summer days, the mountain air was cool and perfect for friends and neighbors to visit and enjoy the day.

Besides the beautiful weather and friends, beer and Bar-B-Q, there was an Silent Auction and Raffle Prizes galore. There was no doubt later that some of the winning bids made out like bandits and walked away with steals when all was said and done.

There were trophies setup for the almost dozen contestants in their pop-up tents busy cooking their version of the best Chili.  Each of the contestants had their own idea of what the best Chili should include. And yes, each pop-up tent was decorated with different themes to go along with their Chili.

Beings that these are the mountains, yes there were different meats such as venison and buffalo if I remember right. And no, contrary to rumors, the Road Kill Chili did not have real "road kill."

Of course, notable to me was the rivalry between Christie and her son J.T. who worked pretty hard to best his mom's famous Atnip Homemade Chili.

Tony Atnip and I volunteered to work the bar that day. It's always great to work with Tony. Besides being a great friend, I like Tony because he has a great sense of humor!

The day was interesting in that some of the competition contestants did surprisingly better than others. The judge's preferences seemed to be toward uncommon Chilies with more spice and color and chunk meats.

I felt bad for poor Dorothy who was completely out of the running because her Chili didn't make it. She was so busy helping and socializing, and drinking, that she forgot to add all of the ingredients to her Chili.  Water being one!

J.T.'s special Top Secret recipe Chili was my favorite. It was a stick to the ribs Chili that was hot but also sort of sweet tasting. It was a kind of hot that snuck up on you afterwards.

His mom Christie won People's Choice. And yes, J.T. has vowed that he'd be ready next year to take her on again.

We had a few people show up at the bar wanting drinks that simply aren't found at some group events in the country. Sorry, but finding a Martini at a Chili Cook-Off around here is like trying to find a horse in your bath tube. It most likely ain't going to happen!

I was going to say as hard as trying to find a straight man in San Francisco, but I was told that they can still be found there believe it or not.  Though far and few between!

So what has happened this year to the Great Chili Cook-Off?  Well, it's imploded! Yes, it has imploded before it's actually taken place.

There was a sense of dread floating around the group for the last few weeks. And yes, it was a sense that was being felt by many and not just me.

For the pass few meetings, no one has brought up the Chili Cook-Off.  For me, I thought it was because everything was being handled by the same individuals who took care of things last year.

Wow, was I wrong!

Other then the super effort by two great guys to get out and ask for donations for the event's Silent Auction and Raffle, it is now known that no one has done anything else to get it going.

Because there was no advertisement in the way of fliers or ads, no one signed up to be part of the Chili Competition. What's a Chili Cook-Off with no contestants? Well, nothing!

Because no one called our friend who does the entertainment, he didn't know about it. I called him today and will again talk to him tomorrow.

Yesterday evening I was informed by the man in charge of buying the food for our group, and subsequently responsible for buying the meat and such for any of our Bar-B-Qs, that he did not know about it because no one let him know what we needed. And yes, no one contacted our good friend who does a great Bar-B-Q each year.

Have you noticed how all of the things that weren't done are really easy things and really require no great labor or effort? I agree.

Those things sound small, and they are rather simple. Basically they are not very hard to accomplish. Most are just a few phone calls, and nothing extremely difficult for anyone to do. Yet they didn't happen. They simply weren't done.

So what has taken place because of all of this? What will happen tomorrow at the Great Chili Cook-Off? Well, nothing.

Nothing meaning that nothing will take place tomorrow. Nothing means that nothing will happen to those who dropped the ball. One of the people involved who spent many of his own hours traveling around to seek out donations wants to quit. And honestly, I don't blame him.

So now, instead of our Annual Chili Cook-Off, the group as postponed it until July the 23rd in the hopes that we will have our stuff together to get 'er done!

Yes, that's six weeks. Six weeks to make 3 phone calls for the trophies, to arrange the entertainment, and to ask our friend if he'd once again Bar-B-Q some Tri-tip and Chicken for us. Six weeks to get the meat and chicken and whatever else is needed for a great lunch. Six weeks to put out fliers and again advertise and ask folks to come on up on a wonderful Saturday afternoon.

We have six weeks to let folks know that we will once again have our Chili Competition where people can walk around and taste the different recipes, meet the folks cooking, and yes have a great time.

My advice to anyone putting on such an event.

First, never take anything for granted as being done. No matter how organized you think people are, we should never assume that they have their stuff together. The person who normal does the task may look like he has it together, but sometimes looks are all it is.

Second, ask questions. Even if it is bound to ruffle some rooster's feathers, do it! Ask who's in charge of things? Ask where things stand? Ask if so and so has been contacted? Ask if anyone needs help, especially if that person looks like they have completely disregarded their duties to carry things out the way they were supposed to be. Ask!

And third, jump in and help! This is going to upset someone, but so what! It's better to have one person upset at you for fixing a major problem than have your group suffer because of his lack of interest in doing his job. Some folks lose interest in things if they're in an organization too long. When that happens and they are in a position of responsibility, the group pays the price.

Finally, it is important to understand the nature of any group event where all the people responsible for things are volunteers. It is a matter of character that we live up to our word when we give it.

If you give your word and take responsibility, then be responsible. It really is that simple. It is a matter of who you are as a person. It reflects upon you.


If you are in charge of the group, then ask what's going on. If you're the person who everyone assumes is doing the job, then let folks know what's the status of things.

And yes, if by chance you can't do what you need to do? Don't shirk your duties, instead you should remember that it puts you in a better light if you have it in you to say "I need help" when you do. 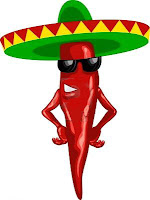 Saying you need help makes you look like a team player. It sure looks a lot better than shirking your duties and not telling anyone until the last minute.

Saying you need help also looks a lot better than talking about how everything is screwed up, especially when you're partly responsible for making it that way.