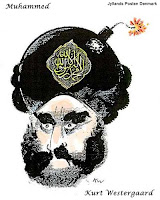 I just read where an Al Qaeda leader urges American Muslims to go out and buy guns for terror attacks here in the United States.
In a video release yesterday, an idiot by the name of Adam Gadahn who is an American-born spokesman for the Al Qaeda terror network, went on to urge Muslims who live in America to take advantage of the so-called "easy access to firearms and buy guns to kill Americans."

This idiot Gadahn goes on to say that America is an example of where Muslims in the West have tools at their disposal for a holy war against "the enemies of Islam" ....  blah blah blah.

He goes on to say, "America is absolutely awash with easily obtainable firearms. You can go down to a gun show at the local convention center and come away with a fully automatic assault rifle without a background check and most likely without having to show an identification card."

This proves this boy is dumb! No brain what so ever! He has obviously never been to a Gun Show!

No background check, show me where that is taking place these days?

Although many of the folks at a Gun Show are in the business of selling guns, ammo, and equipment, a lot of Gun Shows sales are also conducted between private parties. In either circumstance, through a business or through a private party, the buyer has to show a picture identification and go through a ton of paper work before the sale is ever completed.

The fact is that all State and Federal laws are adhered to during the process. And yes, unless you are buying an antique firearm, under law the gun is held for 10 days while a background check is made on the buyer to insure that he isn't a Felon.

Since we check for Felons, maybe it's about time we start checking to see if the buyer is from some Middle Eastern county and not really places like Oakland, Detroit or Chicago.

Maybe we should find out if guy buying a semi-auto assault rifle at a Gun Show is affiliations to any of the hundreds of radical Universities in our country?  Maybe he's here on a student visa and just wants to learn how to fly and not land an airplane?  It's happened before!

Maybe the background checks at Gun Shows should say whether or not the Muslim idiot is on the No Fly List? Wow, real security! Imagine that for a moment.

And darn right he has to produce identifications, proof of citizenship - and not some computer generated Birth Certificate either - it has to be something real and verifiable.

Some of the States these days also require that he or she has to take the Firearms Safety Test before buying a gun of any sort. And no, shooting your AK-47 Assault Rifle in the air celebrating your son's first and last suicide bombing is not considered safe.

But besides all of that, Gun Shows don't usually carry what those Islamic turkeys are looking for.

Muslims are not after my dad's old lever action .30-30 Marlin deer rifle or grandpa's .30-06 bolt action '03 Springfield rifle that was used by someone or other in World War I.

No friends, Muslim terrorists are no different than those Drug Cartel maniacs on the Mexican Border. They all want fully automatic spray-and-pray easy to use third-world guns that aren't very accurate - but do put out a lot of rounds.

They're all looking for a type of firearm that is easy enough to use. Even if he is like most of those slow witted extremely angry as all get out Great Satan hating Muslim monkeys over there.

They need simple because they are simple minded.  They need guns that are easy enough for a 12 year old to take apart.

In that way those mindless idiots might be able to take it apart and spray clean it with a can of WD-40 before he or she goes back out on their next Jihad when the CNN cameras are rolling.

This bozo Adam Gadahn, pronounced God-Dam-Idiot, thinks the good folks at Gun Shows will just hand guns over to his idiot followers and say, "Thanks! You all just have a nice day now!"

Friends, that Islamic turkey don't know much about the way Americans do things. Gadahn's speech writers must all work for the Democratic National Party Headquarters where no one knows anything about how real middle America functions.

Either that, or he's actually believing the propaganda coming out of the Anti-Gun Groups here in the States.

The idea of no background checks, or how a fully auto weapon can be sold to just anyone sounds like something out of the Liberal Left's Anti-Gun Lobbyist Handbook of Gun Lies and Distortions (standard edition).

I don't know of too many Americans at Gun Shows that would sell anything illegal to anyone, nevertheless to some suspicious Muslim turkey with no identification.

And even if some Islamic joker did show up with a wad of cash and did try to make a seller an offer that he couldn't refuse, it wouldn't happen?

First off, the Seller would have to turn in his or her Federal Terrorist Hunting License.
And Second, friends can you just imagine the publicity points some Gun Show would make if it became publicly known that Sellers at Gun Shows call the FBI to inform them of Muslims wackos who are trying to buy illegal guns?

And friends, this idiot Gadahn might not realize this, but in all states fully autos are illegal to sell to anyone without a Federal Firearms License pure and simple. That's Federal Law!

Then I guess this guy's latest Islamic Rant Video has this idiot Gadahn saying, "So what are you waiting for?" Supposedly in a matter-of-fact tone before launching into a great commercial advertisement for American Companies like Exxon, Merrily Lynch and Bank of America.

How's it a great commercial for those those companies? Simple, the idiot calls them "Islam's enemies." Check that out!

Talk about making Americans want to buy a product. Just go ahead and let all of America know that Muslims terrorist hate them. Friends, I can almost guarantee that their company stock will sell like hot cakes!

You bet it can work against them! After all friends, it also works in reverse, "the enemy of my enemy is my friend as well!"

In the case of Exxon, Merrily Lynch and Bank of America. Well, them having some Islamic idiot tell folks that the Muslim terrorists hate those companies is probably the best free advertising that those companies could have possible asked for.


So Gadahn closed his "Religion of Peace" hate video by telling everyone that, "it's just a matter of entrusting the matter to Allah and choosing the right place, the right time and the right method."
Heck, if that boy really believed in his cause, then he should quit talking and make the call. That's right!  I say if he's in that big of a hurry to make his splash, so to speak, then he should forget about entrusting it to Allah.
Instead, all he has to do is man up and contact the United States Marine Corps. I can assure him that the Marines can set up the right place, the right time, and the right method for him to find what he's looking for. 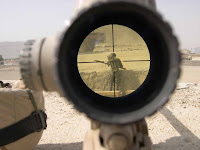 Knowing my brother Marines, I'm 100% sure that it would be their pleasure to send him to Hell!
Story by Tom Correa
Posted by Tom Correa at 2:07 AM