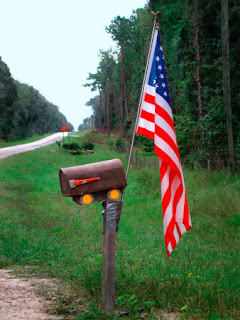 This morning, I will go over to our American Legion, Calaveras Post 376, here in Glencoe to prepare for a 9/11 Remembrance.  It should be nice and thoughtful.

Since I'm the post 2nd Vice Commander, I have the responsibility of putting together a small ceremony.   And I have a few ideas on what I'd like to see there.

I figure that I'll open our ceremony with a few words about the 9/11 timeline.

Hopefully I'll be refreshing a few memories of what time what took place.  My memory too is not all it used to be, in fact I myself didn't remember how early in the morning it was for us out here on the West Coast.

For some reason I honestly thought it was around 9am our time, but it wasn't. It was much earlier that morning.

And yes, I've decided to read most of what President George W.Bush said to the nation from the Oval Office on the night of 9/11.  I've found parts of it inspiring and comforting.


To me, it was the right tone for the moment.  It was meant to lift the spirits of our nation, while also calming fears.  I believe it did just that.

It was 8:30 p.m., and President Bush spoke to the nation.  These are the main parts of his speech that touched me at the time:


"Today, our fellow citizens, our way of life, our very freedom came under attack in a series of deliberate deadly terrorist acts.

The victims were in airplanes or in their offices: secretaries, businessmen and women, military and federal workers, moms and dads, friends and neighbors.

Thousands of lives were suddenly ended by evil, despicable acts of terror.

The pictures of airplanes flying into buildings, fires burning, huge structures collapsing have filled us with disbelief, terrible sadness and a quiet, unyielding anger.

These acts of mass murder were intended to frighten our nation into chaos and retreat. But they have failed. Our country is strong. A great people has been moved to defend a great nation.

America was targeted for attack because we're the brightest beacon for freedom and opportunity in the world. And no one will keep that light from shining.

Today, our nation saw evil, the very worst of human nature, and we responded with the best of America, with the daring of our rescue workers, with the caring for strangers and neighbors who came to give blood and help in any way they could.

We will make no distinction between the terrorists who committed these acts and those who harbor them."

Right after I read those words that President Bush gave to the world back 10 years ago, I will follow it with a few words that I want to say about this 9/11.

I wasn't going to read anything until I received an e-mail yesterday on my 9/11 Cross article.  A women wrote me to say that that we should not have so much hate during this 9/11 remembrance.

I didn't know there was so much hate going around until I received that e-mail.  In fact, I'm sorry to say that much of what Americans felt 10 years ago has subsided.   It's a shame to say that the fire may have gone out to some degree in a lot of Americans.

And while I agree with her that people in general should not hate, I personally can’t stop myself from hating those who are responsible for 9/11.  From those Muslims who hijacked the planes, to the wealthy Saudis who financed their attack, to those Muslim governments who housed and trained them, I can’t stop hating them.

While in Jackson the other day, I stopped off for a cup of coffee at Mel's.  In walks these two guys who looked like they might have been from San Francisco.  Both were wearing sandals and shorts, and they started talking about 9/11,  One of them said that we haven't been hit by another terrorist attack because President Oblahblah is in office.

That got a chuckle from a few tables around him, and yes he was shocked that it did.  And yes, that's for a discussion at another time.

Just look at their concerns for the security of the American people versus their reaction to the Patriot Act after 9/11. There are those liberals who fight to the extreme whenever it's time to renew it, but thank God for smarter wiser men and women.

I guess folks would say that I don't like them much at all.  Extreme dislike maybe?  Maybe disgust, but I wouldn't say I have a hatred for them.  I try to save that sort of real emotion, the emotion of hatred, for individuals more than an entire group.

It might sound strange, but I really don't hate all Muslims.  I only hate those who want to kill and murder all in the name of their religion.  The problem as I see it is that those who conduct themselves as merchants of death seem to be the majority among Muslims.  It seems indoctrination as children works.

I guess I do hate some people.  I hate those who support our enemies, are themselves enemies of America, and who for example wage a clandestine effort to attack and undermine the American people after 9/11.  Yes, they are those who have attacked both America's values and morale when upholding both was vital to our nation.

What I consider a real problem with liberals is that whether its the Muslim threat or some other issue, it is their stubbornness and self-righteousness that I have a problem with.  Simply put, liberals acting out their desire to hate America may result in getting Americans killed.

Knowing this, fact is that some liberals quit being so liberal after seeing what Liberalism unrestrained has brought to America over the years.   Some say that they were educated by what happened on 9/11.  For me, I have a lot of respect for those folks.  After all, it takes a big person to know when you've been wrong and change.

Friends, you can't fight an enemy correctly if you don't want to acknowledge their existence.  And because of that refusal to use some common sense and openly acknowledge the Muslim threat, something that would unite Left and Right, most liberals are in denial over the real threat to both America and Europe.

I can't help but believe that Muslims want to destroy Western Civilization and instill their barbaric laws and religious doctrine of murder and hate.  Liberals should really grow up and understand that there is a vast majority of Muslims who hate us - and yes, they are really serious about killing us.

Muslims terrorists are extremely serious about it. They sit up nights thinking about it. They are sick with hate and they don't care what anyone thinks or says, they just want to kill.  That was a lesson taught to the world on 9/11!

And by the way, we're their targets. I don't like being a target, and I'm sure most Americans don't. Because we don't, our job is to understand what our enemies are capable of doing. Our job is to face the reality that the threat to us is real, and yes we must stay vigilant.

We owe it to the victims of 9/11 to be strong and vigilant!  And yes, we owe it to them to never let another 9/11 happen again.  But it's not only to those who died on 9/11, fact is that we owe it to all of our wounded warriors and those who were killing in action fighting to defend us from the Muslim threat.

We also owe it to all of their families.  Those who sit while others are away.  Those who are raising their children, and trying to make their life normal.  those who await their loved one deployed.  And yes, also those who know that their loved ones will never be with them again - other than in their hearts and dreams.

Right after my message, I'll turn it over to our Post Commander to say a few words.  Knowing our Post Commander, he'll definitely say it like it is.  He uses a lot of bigger words than I do, and he is a fine speaker.

After our Commander has motivated everyone, he'll then turn it over to a visiting Chaplain to add a few words and lead us all in the Lord’s Prayer:

"Our Father who art in heaven,
hallowed be thy name,
thy kingdom come, thy will be done,
on earth, as it is in heaven.

Give us this day our daily bread.
And forgive us for our trespasses,
as we forgive those who tress pass against us.

Lead us not into temptation,
but deliver us from evil:

For thine is the kingdom,
and the power, and the glory,
forever and ever.

After it comes back to me, I'll call for a moment of silence. Then I will instruct our Honor Guard to fire a 21 gun salute.  I just got the word that our whole Honor Guard will be able to make it.  Yes, that is a good thing when you need everyone for a 21 gun salute.

At the close of the ceremony, I'll ask everyone there to get out of the weather and join us inside for a pot luck and something to drink - and yes, as always, good conversation and camaraderie..

Hopefully, we'll have a few folks show up for this.

But if not, well then I can only pray that those souls who perished on 9/11, and since as a result on this War on Terror, all feel the sense of remembrance from every one of us there who is thinking about them.

Since today is the 10th year since the attack, I hope they know that they are not forgotten. 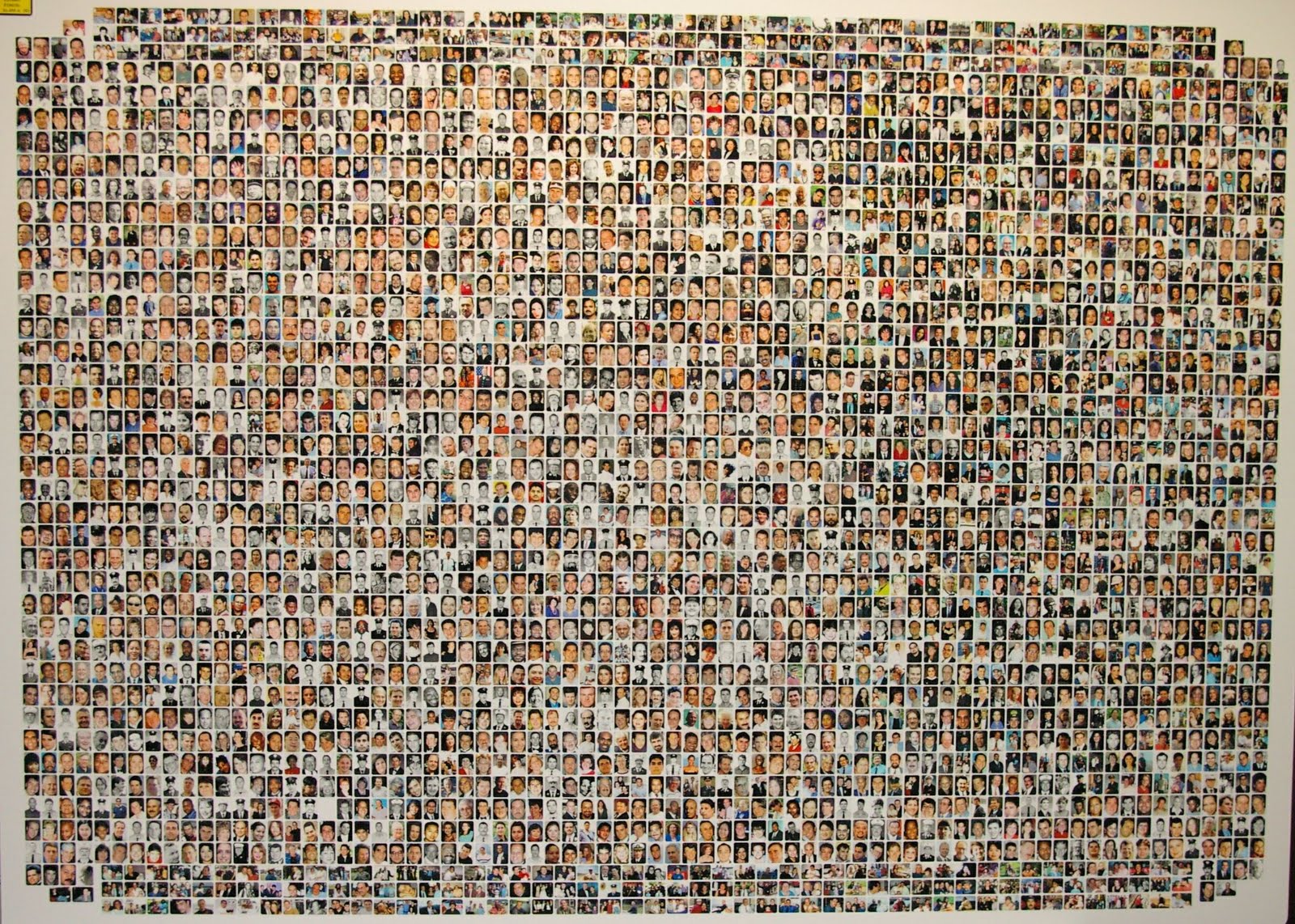 May God Bless them all!