Some People Are Just Jerks 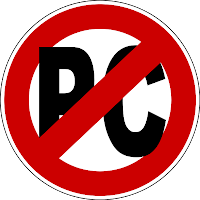 On December 15th, American Airlines decided to fire back at ultra-left actor Alec Baldwin for his disparaging comments regarding that airline.
A morning after the liberal actor was booted off a flight in Los Angeles for using his cell phone after the doors had closed, Alec Baldwin started disparaging the bankrupt carrier via his Twitter account.

American Airlines said on its Facebook page that "since an extremely vocal customer has publicly identified himself as being removed from an American Airlines flight, we have elected to provide the actual facts of the matter."

While the actor claims that he was just playing a game, the airline noted that when after being told repeatedly to turn off the device - Alec Baldwin got up and bolted for the lavatory.

Then, believe it or not, Baldwin decided to stay locked in the lavatory even after the seat-belt sign was activated.  In fact, on his way into the lavatory, he slammed the door so loud that it was enough to actually alarm the crew.

In addition, American Airlines said that Alec Baldwin had been "extremely rude" to the crew and "used offensive language" prior to being removed from the flight.

Such a Nice Guy!

And talk about nice guys!

The basic problem in the world is that there are people out there who don't care what they do.  It doesn't matter to a lot of folks whether something is illegal or not, or morally right or not.

William "Bill" Branum of Iuka, Mississippi, is the individual accused of shooting the American Bald Eagle on March 31st of this year.

Yes, justice moves slow as his trial had been scheduled to being January 9th of next year. Branum's attorney asked for the delay so he could have more time to prepare for the trial.

Please don't write me asking how a lawyer prepares to defend someone for shooting an American Bald Eagle!

Lawyers being lawyers, they might come up with some lame excuse like the saying that the symbol of America just happen to fly in front of Branum's rifle sights at the exact moment the alleged eagle killer was squeezing the trigger. I mean who knows really what a lawyer will come up with.

At his arraignment on November 17th in U.S. District Court in Aberdeen,  believe it or not, Branum pleaded not guilty. If convicted, Branum faces up to 18 months in prison and a $200,000 fine.

Since it's a federal crime, too bad he's not a millionaire baseball player, if he was he might get off with probation - but that's another story.

I have a feeling that the shot Branum took will be one expensive shot!

And this is from Portland, Oregon!

It's being reported that four canines had been subpoenaed to appear in Multnomah County Circuit Court for the trial this week of two Portland residents accused of neglecting them.

Prosecutors accused Wayne Martin and Layne Woods of failing to give two of the dogs adequate veterinary care. So here it comes, defense attorney Chris O'Connor subpoenaed the dogs to demonstrate that they were in good shape. Imagine that!

So yes, Jurors on Tuesday took a long look at Merlin, Patches, Coco and Raven on the witness stand. It was reported that Raven slobbered a bit, but the court rug hid the spot.

Dog gone it, that's strange - even for Oregon!

And from New York!

The Brooklyn Judge who unleashed a violent ex-con just weeks before he killed a cop was a no-show at work yesterday. Imagine that!

Judge Evelyn Laporte was nowhere to be found in Brooklyn Criminal Court as several City Council members called her decision to release career criminal Lamont Pride without bail after his arrest last month on drug charges.

Even though there was a warrant out for Pride's arrest when he was busted on November 3rd in New York for crack and pot possession, Judge Laporte ignored the pleas of prosecutors for a $2,500 bail.

The warrant that was out on Pride was issued by North Carolina for an August shooting no less.  And this guy Pride, who is 27 years of age, is the jerk being accused of gunning down Officer Peter Figoski during a Brooklyn home invasion on Monday.

It's a fact that Lady Justice is always depicted with a blindfold, but now it seems that this judge is trying to say justice is stupid as well.

More out of New York!

A group of New York High School students a reportedly being suspended for "Tebowing".

Reports say that there is a "Tim Tebow Mania" sweeping the nation. Supposedly kids across the America are mimicking the Denver Bronco quarterback's famous Christian prayer pose.

I know this has to be aggravating liberal teachers and principals who are usually Atheist in their own right. It is probably the reason that led to the suspension of New York high school students.

Twin brothers Tyler and Connor Carroll of Riverhead HS in Long Island, and classmates Jordan Fulcoly and Wayne Drexel, were hit with one-day suspensions for kneeling and bowing their heads like Tebow does when he scores a touchdown - this reported by the New York Post.

Supposedly the week long "Tebowing Craze" was a distraction and a hallway hazard after dozens of classmates followed their lead, administrators told the newspaper.

The brothers have to serve their suspensions, while the others were rescinded because the other participants had not been given warnings, officials said.  In all, about 40 students had gathering in the hallway all week emulating Tebow's Christian prayer pose.

"This is not about religious discrimination," Riverhead School District Superintendent Nancy Carney told the Post.  "It is about being sure kids are able to get to class on time and keeping the kids safe and orderly."

I can't help but wonder if Riverhead School District Superintendent Nancy Carney would find the same problem with students who were involved in the Occupy protest.

Millionaire baseball player Barry Bonds, who was found guilty of obstructing justice stemming from the 2003 federal steroid investigation, has just been sentenced to 30 days of house arrest.

Imagine that! Bonds could have faced a maximum of 10 years in Federal Prison for his Obstruction Of Justice conviction for lying to a grand jury during a 2003 federal investigation into steroid use by MLB players.

But no, besides a slap on the wrist by having to stay in his mansion for 30 days - Bonds was also sentenced today to two years probation.

Of course since I don't know Barry Bonds, other than knowing that he had supposedly used illegal steroids to get into home-run history, I don't know if Bonds is a jerk or not. But I do know one thing, he sure got off lightly considering Bonds committed a Felony!

And yes, he was convicted of a Federal Felony at that!

Last but not least!

So now, since Bonds gets of light with just a slap on the wrist, where are the Occupy protesters who have made it their mission to take on Millionaire abuse of the system.

The Occupy idiots have had a huge impact! Too bad their sorry movement has had a huge negative impact on Blue-Collar workers more than anyone else - but their negative effect on the American economy is not only limited to everyday Americans.

It's true! The Occupy protesters have cost everyday Americans loss wages and subsequently have done nothing but hurt the average American out there.  They have had a horrible effect on money-strapped cities across America.

How? By costing those cities all sorts of cash in Police and Fire overtime, trash cleanup and collection, and other city services connected to their protests.  Can you imagine how much money was spent on preventing them from looting and burning?  Can you imagine the loss of services to Seniors and the needy because of the money spent on there bullspit?

Needed dollars that could have gone to good use, instead went to their leftist cause.  I can't help but wonder if that's what they were trying to do, and bankrupt cities that were trying to keep their heads above water.  If so, in many places where the Occupy protesters had been -  they can say "Mission Accomplished!"

And since I'm on the Occupy jerks, why aren't the Occupy protesters and their Labor Union allies protesting multi-millionaire sports felons like Barry Bonds, or lousy anti-American filmmakers like Michael Moore, or horrible ultra-left actors like Alec Baldwin?

Why? Well, it's because Barry Bonds, Michael Moore, and Alec Baldwin are the types of people who support the Occupy protesters. You see that's how liberal hypocrites do things -  they support each other!