Marine Corps Tact & Diplomacy - A Great Joke For A Friday!

Every once in a while I get a great joke in my e-mail that I just have to share.
Here goes!

A young Naval Officer was in a terrible car accident, but due to the
heroics of the hospital staff, the only permanent injury was the loss of
one ear. Since he wasn't physically impaired he remained in the military
and eventually became an Admiral. However, during his career he was
always sensitive about his appearance.

One day the Admiral was interviewing two Navy Master Chiefs and a Marine
Sergeant Major for his personal staff.

The first Master Chief was a Surface Navy type and it was a great
interview. At the end of the interview the Admiral asked him, "Do you
notice anything different about me?"

The Master Chief answered, "Why yes sir. I couldn't help but notice you
are missing your starboard ear, so I don't know whether this impacts
your hearing on that side." The Admiral got very angry at this lack of
tact and threw him out of his office.

The next candidate, an Aviation Master Chief, when asked this same
question, answered, "Well yes sir, you seem to be short one ear." The
Admiral threw him out also.

The third interview was with the Marine Sergeant Major. He was
articulate, extremely sharp, and seemed to know more than the two Master
Chiefs put together. The Admiral wanted this guy, but went ahead with
the same question. " Do you notice anything different about me?"

To his surprise the Sergeant Major said, "Yes, sir. You wear contact
lenses."

The Admiral was impressed and thought to himself, what an incredibly
tactful Marine. "And how do you know that?" the Admiral asked.

The Sergeant Major replied, "Well sir, it's pretty hard to wear glasses
with only one f@$#*n ear!"


The Admiral hired the Marine! 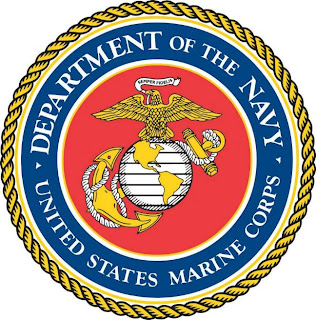 God Bless the Corps!
Posted by Tom Correa at 3:34 PM