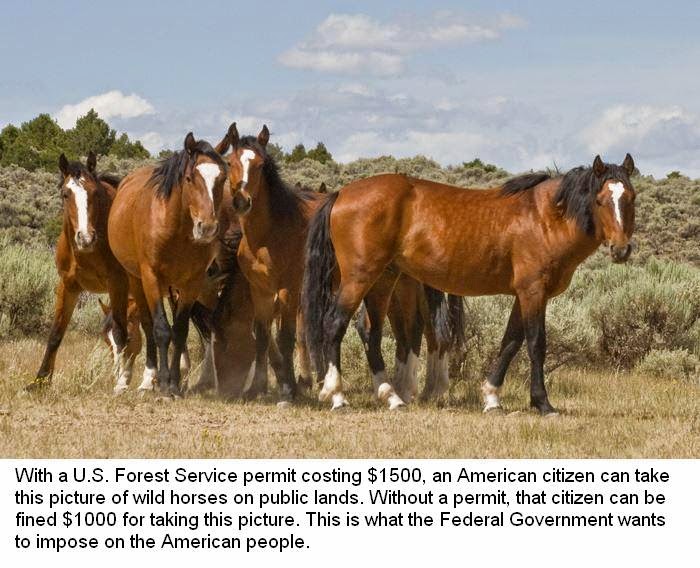 Folks, do you ever wonder if all of the talk about government overreach is all just a lot of bullshit?

Ever shake your head in disbelief when someone comes up with something the Federal Government might be doing that just seems to be more wrong than right?

Ever ask yourself what the Federal Government might come up with next in the line of rules and regulations?

Ever wonder if the government is acting more like a bunch of control-freak Communists than America-loving patriots?

I do all the time. And no, these days, nothing the Federal Government does surprises me!

Today, the federal government is militarizing police departments. Today, the Feds have amassed well over 800,000 Federal rules and regulations for all sorts of things Americans do on a daily basis. Today, there are more rules governing almost every aspect of our lives than ever before.

Today, the Federal Government collects more taxes than ever in its entire history, yet at the same time it refuses to do what it was established to do and protect our borders.

And yes, just when you think that there is nothing more that the Federal Government can regulate -- they come up with one more thing to show the American people that we are peasants and they are dictators.

Think I'm kidding? Think the Federal Government is not out of control?

And yes, they ant to fine us if we do it without a permit!

Well, right now, the Federal Government's Forest Service is creating a measure that states that all "still photography" and "commercial filming" in Congress-designated wilderness areas would require a permit, and that photo shoots would also have to be approved and meet certain criteria like not advertising any product or service and being educational.

Communist-Russia didn't have anything on the United States these days.

It is said that the Communists ran their nation into the ground because of government greed and permits for everything.

Yes, one would expect that from a Communist Government where the government owns everything and rules the nation with an iron-fist.

Yes, one would expect that in a nation where the public has no rights and are treated like Slaves -- and the national government is the slave-owner.

But here? Here in the land founded on personal freedom where the government is supposed to work for us and not be our masters?

Forest Service spokesman Larry Chambers said in a statement the directive has been in place for more than four years and "is a good faith effort to ensure the fullest protection of America’s wild places."

According to news sources, permits would cost up to $1,500, even if someone was taking photos or video with their phone -- and fines for taking pictures without a permit could be as high as $1,000.

Critics have characterized the rules as too vague and say it infringes on the First Amendment’s free speech clause.

"I am very concerned about the implications this has for Americans’ First Amendment freedoms of speech and the press," U.S. Rep. Greg Walden (R-Ore.) wrote in a letter to Forest Service Chief Thomas Tidwell.

"It is also very troubling that journalists could be held to different standards at the discretion of the issuing officer depending on the content of their stories and its relevance to wilderness activity."

Rep. Walden said he worried access might be granted "based on political calculations" and noted a majority of Oregon land is controlled by the federal government.

"The Forest Service needs to rethink any policy that subjects noncommercial photographs and recordings to a burdensome permitting process for something as simple as taking a picture with a cell phone," he told the newspaper the Oregonian.

"Especially where reporters and bloggers are concerned, this policy raises troubling questions about inappropriate government limits on activity clearly protected by the First Amendment."

The U.S. Forest Service has tightened restrictions on media coverage in vast swaths of the country's wild lands, requiring reporters to pay for a permit and get permission before shooting a photo or video in federally designated wilderness areas.

Under rules which are supposed to be finalized in November of this year (2014), a reporter who met a biologist, wildlife advocate or whistle blower alleging neglect in 36 million acres of wilderness would first need special approval to shoot photos or videos even on an iPhone.

"Permits cost up to $1,500," says Forest Service spokesman Larry Chambers, and "reporters who don't get a permit could face fines up to $1,000."

First Amendment advocates say the rules ignore press freedoms and are so vague they'd allow the Forest Service to grant permits only to favored reporters shooting videos for positive stories.

"It's pretty clearly unconstitutional," said Gregg Leslie, legal defense director at the Reporters Committee for Freedom of the Press in Alexandria, Va.

"They would have to show an important need to justify these limits, and they just can't."

Liz Close, the Forest Service's acting wilderness director, says the restrictions have been in place on a temporary basis for four years and are meant to preserve the untamed character of the country's wilderness.

So is this a way for Environmentalist Groups to stop the public from taking pictures and videoing the public lands -- because they don't want you to use public land?

Ms Close didn't cite any real-life examples of why the policy is needed or what problems it's addressing. She didn't know whether any media outlets had applied for permits in the last four years.

She said the agency was implementing the Wilderness Act of 1964, which aims to protect wilderness areas from being exploited for commercial gain.

"It's not a problem, it's a responsibility," she said. "We have to follow the statutory requirements."

The Forest Service's previous rules caused a fuss in 2010, when the agency refused to allow an Idaho Public Television crew into a wilderness area to film student conservation workers.

With smartphones blurring the lines between reporters and camera crews, and simply the public taking a snapshot of a beautiful outdoor scene, most see this as another example of Federal Government overreach.

The U.S. Forest Service says that the rules allow exceptions only for breaking news coverage of events like fires and rescues.

They're more stringent than similar policies on wilderness areas managed by a different federal agency, the Bureau of Land Management.

The BLM does not require any special permit for news gathering in wilderness areas.

By contrast, the U.S. Forest Service is giving its supervisors discretion to decide whether a news outlet's planned video or photo shoot would meet the Wilderness Act's goals.

"If you were engaged on reporting that was in support of wilderness characteristics, that would be permitted," Close said.

The First Amendment prohibits the creation of laws that abridge press freedom.

Asked whether the Forest Service believes its rule violates the First Amendment, Close replied: "It does not apply to breaking news."

That's fine, but how about the ordinary American Citizen who just wants to take a picture of a beautiful meadow, or a mountain, or a herd of wild horses?

Why is the Feds now saying that we the American people have to get a permit to take a picture of our country?

In a world where hundreds of thousands of photos are shared every minute of every day, and the majority are taken on smartphones and not by photographers and news people, why do citizens have to get permits to take pictures of land they support with their taxes dollars?

The problem here is that, besides the concerns of News people who have wealthy defenders, the Federal Government is trying to control what pictures can and cannot be taken by the general public.

The insult to injury is that public lands belong to the American public, yet we are the ones who these regulations are meant to control and intimidate with threats of fines and prosecution.

This is just one more example of Federal Government overreach in attempt to control the public when there is no need to "control" the public.

It is all about power and money and control. And yes, it needs to be stopped in November when we can get the Liberals out of office and rein in our government.