Is President Obama an Enemy of the United States? 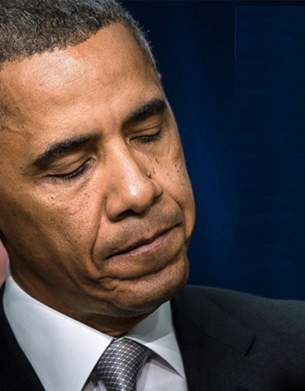 Many have written asking me whether or not I think President Obama is indeed an enemy of the United States?

Before we dive into that, let's talk about a recent report which states that Saudi Arabia, the Middle East’s biggest economy and the world’s largest oil producer, is running out of its oil.


First of all, I do not "hate" Muslims. But, I do hate Islamic Terrorists who kill the innocent in the exact same way that I've hated other terrorist groups who kill the innocent.
For example, I remember reading about how the Irish Republican Army (IRA) used "Nail Bombs," homemade explosives packed with nails that delivered devastating carnage during their terrorist attacks. From what I read when I was studying terrorism in College, "Nail Bombs" were the preferred weapon of the IRA starting way back in 1918.

I was in College in 1981 when a "Nail Bomb" placed in a parked laundry truck exploded outside a British Army barracks in London. I remember how the Irish Republican Army (IRA) claimed responsibility for the act even though that blast killed an innocent elderly woman who happened to be walking by. Of course, that terrorist attack also maimed a combination of British soldiers and residents in that neighborhood. Yes, 40 people in all. Two of the 40 people who were maimed were children.
As for Saudi Arabia's support for Islamic Terrorists, besides bogus Muslim charities here and in Europe collecting money to fund Islamic terrorism, in particular ISIS, it is well known that Saudi Arabia is among the OPEC nations funding Muslim Terrorism.

Yes, the biggest donor for Muslims waging Jihad against the West has been the same people who funded the 9-11-2001 attack -- none other than Saudi Arabia according to none other than the 9-11 Commission. Of course, besides funding Muslim terrorist cells, and yes even Environmentalist Groups here, Saudi Arabia has also been funding the building of Mosques throughout Europe and the United States. But now, that might be coming to an end as experts estimate that the wells will run dry as early as 2030.

Oil revenue for Saudi Arabia reached $312 Billion this year and accounts for almost half the economy and 90 percent of their export revenue. It also makes the kingdom the Persian Gulf’s economic powerhouse among the OPEC nations.

This news, news that Saudi Arabia might run out of oil to sell in a mere 15 years from now, is expected to raise a number of problems for the economies of nations dependent on the Saudi black gold.

Thankfully, in spite of Obama's unwillingness to assist American Oil, estimates are favorable for our oil production into the next century -- even without drilling on Federal lands which the Obama administration is stopping us from using.

Our shale-oil boom will help the United States overtake Saudi Arabia as the world's largest oil producer by 2020, that is according to the International Energy Agency back in 2012.

Now with the news that the Saudi cash cow may die as soon as 2030, the bad news for countries unfriendly to the United States could be their eating crow real soon. But more importantly, the 2030 estimate means that the Saudis, and OPEC in general, will have a lot less money to spread the building of Mosques and funding terrorism -- which they consistently deny, but even the 9-11 Commission stated that they are in fact doing using covert methods no different than organized crime.

Will their economic collapse transform energy supplies as well as politics? You bet it will. And frankly, it may make diplomacy easier knowing that they don't have the money to support those wanting to kill us.

So now after reading this to my wife, she asked about reports about President Obama authorizing $770 Million for the creation, repair, and maintenance, of Mosques in Europe?

While this program was started to help refurbish cultural landmarks in different parts of the world, the Obama administration has used these funds to bankroll mostly Mosques in Europe. And yes, those are the very same Mosques that have been linked to anti-American and anti-British propaganda, hate propaganda meant to recruit killers. Yes, I hate Radical Muslims.

So yes, I see Obama as aiding our enemies which includes those who are visiting those Mosques which preach the need to kill us. Remember they see our death and destruction as something great and noble. And yes, Obama is refurbishing their meeting places with our Taxpayer dollars.

Even the Egyptian government is furious with Obama for meeting in the White House recently with the emir of Qatar, Sheikh Tamim bin Hamad al-Thani, who is known to support ISIS and the Muslim Brotherhood which Egypt kicked out of their country.

The Egyptians say that the Obama Administration has once again turned its back on moderate Arabs and Muslims by endorsing those who support and fund Islamic terrorist groups. The Egyptian condemnations of Qatar are also directed at the Obama Administration, which seems to be losing one Arab ally after the other because of its perceived support for Qatar and its proxy, the Muslim Brotherhood.

Yes, the same Muslim Brotherhood that is welcome in the White House and is helping Muslim Valerie Jarrett steer Obama's foreign policy toward ISIS and other Radical Islamists.

My King James Bible says, in Matthew 10:36, "And a man's foes shall be they of his own household."

Many here and in the Muslim world see the closed-door meeting between Obama and Muslims, including some who are known members of the Muslim Brotherhood, as more proof of his continued support of Islamic radical groups.


But how about more proof?

Recently Obama's Muslim sympathetic administration made public U.S. military war plans. Specifically, those plans to wage war against ISIS in the re-taking of Mosul in Iraq which is supposed to begin soon.

And by the way, by his administration doing such a treasonous act as aiding those we are about to attack, the Obama administration has put the lives of American troops as well as Coalition troops in mortal danger.

Yes, while the good news is that the Saudis will run out of oil and money to fund the needs of terrorist groups wanting to kill Americans, we have a President in the White House right now who is doing everything in his power to enable them to grow stronger.

Why would he do it you ask?

Well, frankly, knowing how he has surrounded himself with Muslim advisers, knowing how he has called the Muslim terrorist attack in Fort Hood "workplace violence," knowing his reluctance in calling a spade a spade and call the Boston Marathon Bombing an act of "Muslim terrorism", knowing he and his White House absolutely refuse to acknowledge that ISIS is, in fact, a "Radical Muslim" terrorist group, I agree with former mayor of New York City Rudy Giuliani who stated, "I do not believe that the president loves America."

I agree 100% with what Mayor Giuliani said. I also believe President Obama proves that Matthew 10:36 is correct in that we will find foes in our own households.

While I absolutely do not wish him any harm in any way shape or form, I believe his actions and policies are not of a friend of America. A friend and ally do not work to enable our enemies or try to change America into a Socialist state.

As for impeachment over his support of Radical Muslims, for his Socialist views, or because he does not love America? Sorry to say, none are enough to impeach a president -- no matter what harm he does to this country by way of his executive orders and socialist policies.

Yes, his being unpatriotic and stupid, his being uncaring and a pathological liar, his being a Socialist and a sympathizer for Muslims waging Jihad, his being lazy and sitting around the White House watching ESPN until Noon every day (by his own account), his acting like a dictator and issuing edict after edict instead of using the legislative process, all of these are not impeachable offenses.

Because of the fact that he is not committing "high crimes or misdemeanors", we must fight him in the courts and through legislation at every turn. Vigilance is what we must do to ensure he does not destroy America before leaving office. And frankly, he can go live in some Muslim country of his choosing, one which he truly loves, or go to Hell after he leaves office -- and good riddance to him.

While I never thought that I'd think this way about a President of the United States from either political party, I do because the evidence is so overwhelming: While supporting Radical Islam and promoting Socialism, President Barack Hussein Obama's actions have made Richard Nixon appear honest, Jimmy Carter appear competent, and Bill Clinton appear moral and virtuous. Those might not be impeachable offenses, but they should be!