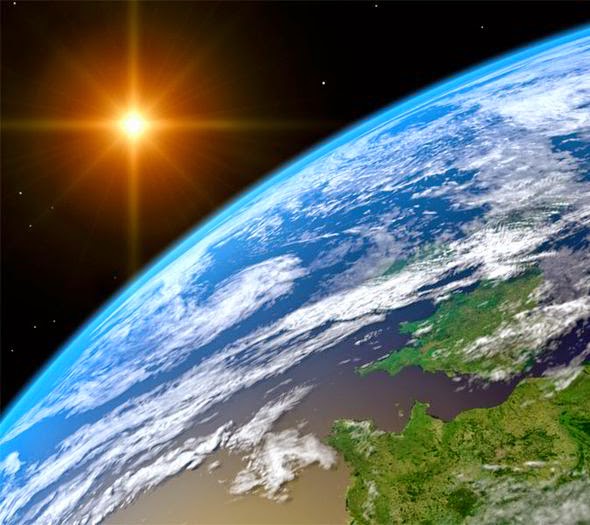 After posting my latest article, "The Global Warming Hoax of 1874," I received criticism regarding my comparison of it to today's Global Warming Scam.

After posting that article on Facebook, I received a number of snide comments from Global Warming supporters, one asking me if I thought "the world was flat", another informed through a Liberal meme post on Facebook that 97% of the world's scientist agree that Global Warming is real.

It is not usually my nature to be confrontational. Believe it or not, I enjoy people and get along with everyone -- pretty much. It was the snide comment that pissed me off. And yes, the insult to my intelligence got my goat as well.

No, 97% of the world's scientist do not agree that Global Warming is real at all. From research that I have done on this "97%" number, I've found out that is a lie. It is just a fraud perpetrated by supporters of today's Global Warming Scam to justify their support.

If there is one thing about me that you, my friends, my readers, should know about me is that I don't look down my nose at anyone -- and I require the same from others.

I tried to explain that, as is the case today, there were a number of scams in the 1800s. As for Global Warming Scam today, fact is people should recognize and understand the cyclical nature of the environment.

A little education and ferreting out the facts instead of simply worshiping at that alter of Al Gore, George Soros, and Bill Gates, goes along way toward finding out the truth of the matter.


Instead of recycling Liberal memes and pictures on Facebook, and without using "political spin," I tried to present an article about the Global Warming Hoax of 1874 using contrast and comparison to the Global Warming Scam today.

One commented accused me of using "psycobabel," to which I asked if that person really knew what that meant?

People love using words that they hear but do not really understand. And yes, I asked the person to feel free to point out where I used jargon used in popular psychology? No reply came forward, because she found none.

Liberals should practice tolerance for different points of view. And frankly, they should at least attempt to present a thought of their own instead of simply regurgitating the Democrat Party's talking points.

As for the claim that we are today going through the worse drought in history. That is not true.

In October of 2014, just last year, NASA came and stated that the a new study using a reconstruction of North American drought history over the last 1,000 years found that the drought of 1934 was the driest and most widespread of the last millennium.

While I am a Conservative, and really make no bones about how I view politics, because of the accusation that my article was constructed using of Conservative Political Bias, I feel that you my reader should know a little more about me and how I do my research.

At the age of 17, I joined the United States Marine Corps. I served as a Grunt, but besides performing my primary 0311 MOS, my duties included Nuclear Weapons Security, duty in Corrections, and as a Military Policeman, and as an Instructor.

After leaving the Corps, I worked as a Security Supervisor, an Investigator, and a Consultant while obtaining a degree in the Administration of Justice. I later received a degree in Materials Technology and did Industrial Inspection work.

The reason that I am giving you my background is that I want you to know that when I do research for an article for my blog, I do it as a sort of "Crime Reporter" -- just looking for the facts with no dog in the fight.

I do my research with as much of an unbiased eye as I can. And yes, I base my results on facts and evidence.

Whether it has been as a Marine Instructor evaluating those in one of my platoons and/or classes, reacting to a prisoner's poor choices of actions, appraising a crime scene, evaluating the security needs of a facility or person needing coverage, doing an inspection at a power plant, or doing research for an article, my results are based on facts and evidence.

When I describe what I have learned, I'm simply giving my readers the facts of what I have found which are closest to the truth.

I cannot help it if it does agree with someone else's findings. And no, I try not to read the "opinions" of others because I like making up my own mind. Like a jurist, a judge, a historian, a researcher, all have a responsibility to think for themselves and present what they found -- and not simply regurgitate what others have found.

Unlike doing a spoof piece like that which I did on Jackalopes, which was fiction and fun, for honest research I go by the rule that says, "Until I'm proven wrong, I can only report what I find to be real."

Thanks for your understanding.