Coffins Rise Up Out Of The Louisiana Soaked Earth Below is a report by reporter Chris Pleasance with the DailyMail.com. He reported on August 18th, 2016:

Coffins are left high and dry while graves are filled with water in Louisiana as officials raise flood death toll to 13. As waters recede across Louisiana scale of devastation is laid bare.

Coffins lifted from their graves by water rising through the ground have been left scattered around cemeteries. Meanwhile tens of thousands of homes have been wrecked by torrent of muddy water flowing through them.

Approximately 8,400 people remain in shelters while 16,000 are still without power. Death toll has been raised to 13 as workers get to badly flooded areas.

The waters may be starting to recede in Louisiana, but it seems the disaster is far from over as residents are now faced with a monumental clean-up operation.

In heartbreaking scenes, coffins have been left high and dry across cemeteries after floating up from graves that have been filled with water in the downpour.

Officials also raised the official death toll to 13 and warn it could raise further as emergency crews probe areas previously cut off by the waters. Coffins have been left scattered across graveyards as the floodwaters across Louisiana have started to recede, with residents facing a massive clean-up operation. Much of Louisiana sits close to sea level, meaning water backs up quickly through the ground during heavy rains, filling the graves and causing coffins to float away. Parts of Louisiana, including New Orleans, have a history of burying people above ground in mausoleums to avoid floodwater damage, though this is not common everywhere. The true scale of devastation across Louisiana is starting to be laid bare as floodwaters begin to ebb, though some places have been warned to expect more rain. The highest number of confirmed fatalities is in East Baton Rouge, close to where the rains began on Friday, where five people have so far been confirmed dead.

Because most of Louisiana sits close to sea level it means in heavy rains water backs up quickly through the ground, filling graves and causing coffins to float up. To combat this Louisiana has a history of burying the dead in overground mausoleums, though the practice is not common everywhere.


Hundreds of coffins were pictured floating through the streets of New Orleans and elsewhere after Hurricane Katrina in 2005.

Across the state more than 8,400 people are now in shelters, 40,000 homes have been damaged, and 30,000 people rescued in what the Red Cross has dubbed "the worst natural disaster to strike the United States since Superstorm Sandy." Coffins pictured floating among floodwaters in the city of Sorrento yesterday will be left scattered around the graveyard now the waters are dropping. As well as repairing their homes, many Louisiana residents will also have to rebury their dead after historic rainfall across the state. The scenes of coffins floating through the streets echoes images from Hurricane Katrina in 2005 when similar devastation was wrought across New Orleans.

The Louisiana National Guard said it has so far distributed 32,000 ready-to-eat meals and 2,200 cots to survivors. For most residents the worst has now passed, but others have received fresh flood warnings as rain continues to fall across the state.

The National Weather Service said that while most of the rain will be "hit and miss," the problem is that it has nowhere to run off to. That is causing flash floods.

Ascension parish, which is further south from Baton Rouge and also one of the hardest hit areas, has been warned that further flooding could be on the cards. Parish officials said flood waters there were receding at a rate of one inch per hour in some places, while holding steady or still slightly rising in others. Now that the worst of the rainfall is over, residents of Sorrento are returning to their homes in order to salvage what they can before mold sets in. Baron Leblanc (left) and George Snyder help to move a refrigerator from Snyder's flooded home in St Amant, just to the south of Baton Rouge where the rainfall was heaviest. Elsie Lazarus weeps as she sits in her flooded living room in St Amant, one of the worst affected communities in the Louisiana flooding. Lazarus is just one of an estimated 30,000 people who were evacuated during the flooding over the weekend as up to 30 inches of rain fell in some communities. While the water is steadily flowing away from most communities in Louisiana, others have been told to expect showers and flash floods throughout today.

Where the land had dried out, residents picked through what was left of their sodden homes and belongings, trying to salvage what they could before mold sets in. The Louisiana National Guard said it has so far distributed 32,000 ready-to-eat meals and 2,200 cots to survivors.

Electricity was slowly being restored. The number of customers without power was less than 16,000, down from a peak of 40,000. While many areas were drying out, the National Weather Service forecast that all waterways would not fall below flood stage until as late as Friday. Megan Schexnayder and David McNeely sit on the porch of their home in Sorrento, to the south of Baton Rouge, as they attempt to defend it from flooding with sandbags. Others attempted to retrieve supplies from a Shell gas station on board boats in Sorrento. Rescue workers say they have given out more than 30,000 emergency meals so far. Gonzales, another town to the south of Baton Rouge, was also badly affected with cars submerged and residents having to navigate by boat.

Twenty-two of the state's 64 parishes, Louisiana's equivalent to counties, have been declared disaster areas, designations that free up federal disaster assistance. Almost the entirety of the state has seen at least a foot of rainfall since Friday, with some areas getting up to 30 inches.

Despite the extent of the flooding, President Barack Obama has announced he will not be cutting short a scheduled vacation to New England in order to visit victims.

The Advocate newspaper had called on Obama to travel to the state, saying his presence was long overdue but would be "better late than never". Aerial images show the true extent of the devastation in Baton Rouge, with at least five people perishing in East Baton Rouge Parish, with 13 dead overall. Denham Springs, a community to the east of Baton Rouge, was also very badly affected by the flooding with homes and streets submerged

'The saddest eyes I ever seen': Trapped dog rescued from devastating Louisiana floods before she drowned

A Good Samaritan who helped rescue people in the deadly flooding of Louisiana is earning praise for saving a dog just before she drowned.

Josh Pettit wrote on Facebook that he was in his boat skimming over several feet of water on Monday after flash flooding when he spotted a "bush shaking". He said he looked over and all he saw was a gray muzzle and a pair of frightened eyes staring up at him, the rest of the dog submerged underneath the waters.

"The dog could barely tread water anymore she was so worn out and had the saddest eyes I ever seen so scared for her life! We saved her and she came laid her head on my lap and cried and moaned like a big baby! She was thanking me. I thank God for letting me notice her," Pettit posted on Love What Matters' Facebook wall. Sadie the dog looked like she had very limited time left when Josh Pettit came by on his boat and happened to see her. Sadie on Pettit's boat. The kind-hearted rescuer said "she cried and moaned like a big baby when she was rescued."

And where has President Obama been during this emergency? 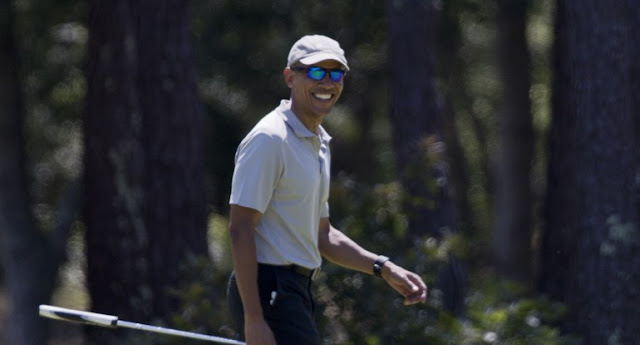