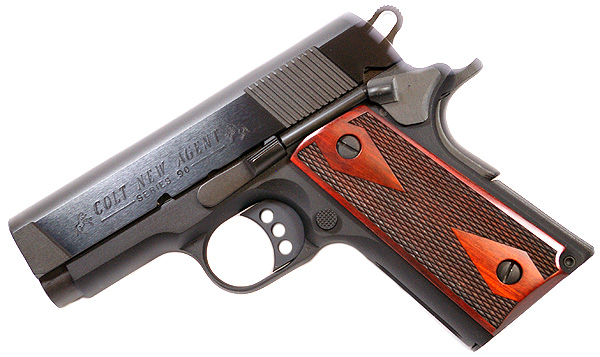 Have you ever had a chance to buy something but didn't, then later kick yourself in the ass for not doing so. Well, that's the way I'm feeling about not buying a Colt New Agent 1911 when I had the chance. I waited too long and later found out that I couldn't buy it.

Why can't I buy one? Well, it has to do with the new Colt 1911s not being sold in California anymore. Colt rifles are accessible to residents of California, and so are Colt Single Actions, but not the Colt 1911 or any of its versions including the Colt New Agent.

In May of 2015, believe it or not, the California DOJ's endless list of banned rifles, shotguns, and pistols that have been labeled "assault weapons" includes almost all Colt 1911s. It's true, I'm now finding out that almost every Colt 1911 is banned in California.

I find it interesting that California now has two lists, their Drop List and their Assault Weapons list. The Colt New Agent met the requirements of the Drop Tests and was sold up until recently. But Colt would not re-engineer their semi-autos to put the California state-required little red flag on the slide like Smith & Wesson and others have on their California Compliant guns. And while Colt sees California's demands as unreasonable, California has put Colt's semi-autos on its Assault Weapons list. Basically, Colt has been driven out of California.

And while I was told by one firearms dealer that the Colt Commander model #04691(?) is thought to remain on the "approved" roster of both lists, I really haven't been able to determine which Colt 1911 is acceptable for sale to regular law-abiding citizens and not just to law enforcement. Of course, these pistols are also not to being sold to law-abiding citizens with CCW permits who have undergone background checks.

I've checked with a number of firearms dealers in Northern California, and all tell me the same thing. Colt semi-auto pistols fell of the "approved" handgun for sale list, the California Drop List, and are now determined to be an "assault weapon." To me, this is just a way for anti-2nd Amendment, anti-Constitution, gun control Democrat crazies in California to disarm law-abiding citizens.
And for those who have taken the time to defend the Democrats saying it's not them who are trying to take away our guns in California, you either obviously don't live here -- or you don't understand that the Democrat Party controls California no differently than the Communist-controlled the Soviet Union. This is a "one-party state" with Democrats in complete control of what becomes law. The Leftists are in charge here, and they see the U.S. Constitution and an armed citizenry as a threat to their "rule." Yes, rule.

When I was studying for my degree in the Administration of Justice/Criminal Justice, I remember being taught about the 14th Amendment of the U.S. Constitution. It states:

And what does any of this have to do with my wanting a Colt New Agent .45 ACP? Everything!

I took a look at the Colt New Agent and liked the lightweight, the grooved sights, the lack of sights that grabs on to one's clothing when drawing it, the standard slim design, and ergonomics of the 1911A1 design. I believe that this pistol is perfect for a concealed carry weapon for me as a citizen exercising my Constitutional rights under the 2nd and 14th Amendments.

It is perfect for someone like myself who likes the 1911 .45 ACP and wants one when exercising my rights as a law-abiding American citizen. Yes, a law-abiding citizen with a concealed carry permit who went through the classes and did everything correctly, including undergoing a background check, to exercise my rights.
Fact is, the whole pistol looked to be well thought out. It fills a niche in the concealed carry market which is pretty void of good 1911s specifically designed as carry-pistols.

Today, it seems that many 1911s out there are made for competition shooting with enormous front and rear sights. Many of those are not made for quick up-close work where one defending himself or herself cannot go into a Weaver Stance and take the time to use those bulky sights.

It is just my opinion, but it has been my personal experience that if you have the time that it takes to drop into a Weaver Stance and sight in, then you may also have the time to maneuver away from the dangerous situation. But since the vast majority of gunfights take place within 3 to 7 feet of one's assailant, most have only a second to get your weapon out and into action.

Frankly, most folks don't have the time to drop into a Weaver Stance and sight in. Most have to go with just getting a general sight picture. And no, that hasn't changed in over 40 years from when I was first trained for such encounters.

Also, that's the same reason why back in the late 1800s, lawmen were opting for the shorter Colt Sheriff's Model SAA instead of the longer standard 7.5-inch barrel Colt Single Action Army of 1873. A shorter barrel means you have a less cumbersome weapon to get out and into play when you need it in a hurry. I wrote about this in The Buntline Special vs Colt's Sheriff's Model when I addressed the myth of the so-called Buntline Special. 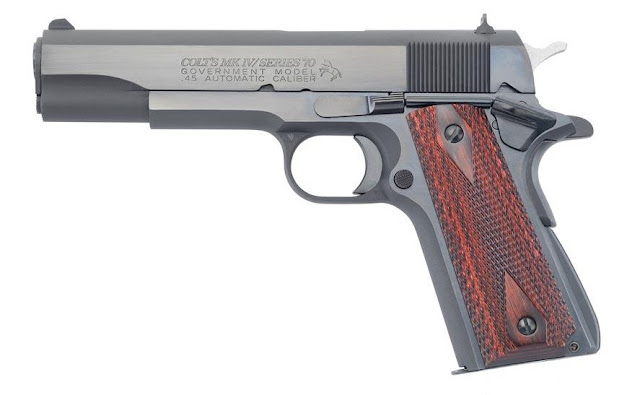 ﻿
As for the 1911, I love my 1911s and I own a couple of them. But frankly, I don't own any that can realistically be used for International Defensive Pistol Association (IDPA) or United States Pistol Shooting (USPSA) competitions. The reason is that I do not own target guns designed to be "race guns." I own basic close-quarter self-defense guns. Yes, no-frills self-defense guns like my Colt Series 70 and my Springfield Armory 1911 Mil-Spec pistol which I just love and carry.

As for the Colt New Agent, it got my attention when I first looked at it as a lighter option to my Rock Island Compact .45 ACP.  While I loved the lighter weight, I really liked the "trench sights" which is a "grove" running the length of the slide. Yes, the perfect kind of sight to prevent the gun from snagging on clothing or even a holster.

And when all you need to get is a general sight picture, Colt New Agent's sights are plenty suitable for anything within 20 yards. And like my Rock Island Compact, the Colt New Agent's 3-inch barrel is perfect for easy concealment. 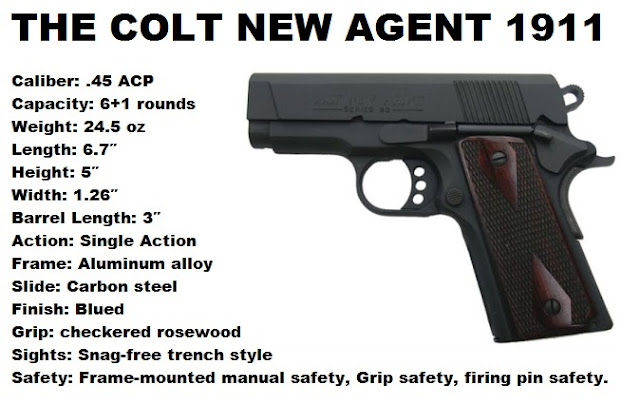 I like carrying a pistol made of metal and not plastic. And no, I don't care that it is a bit heavier than the Glocks that everyone seems to be carrying these days. I know the 1911 and I cut my teeth on them in the Marine Corps. And if you're like me, and maybe learned how nice a 1911 is when you were in the military or shooting your Dad's, or Granddad's, then you really would like one of these Colt New Agent 1911s. And yes, you too can have one if you want to buy one. That is if you live in just about any other state but California!

And there's the problem. Why should every other American be able to buy one, but not the people here in this state? Frankly, this is all just bullshit and the sort of thing that makes people do things that they don't want to do.

Why do I have to sell my home and move somewhere else just to be able to have all of the rights granted to me as an American citizen? Why is it that I have to either move or break the law and buy one illegally if I want to own a firearm that is on the market legally in most states? And how is it that California can get away with denying me my rights as an American?

I have had to update this article because I've gotten some emails telling me to simply accept the way things are even though it's not right. And friends, that's part of what pisses me off. It's the politics behind this. The gun in question is not sold for political reasons, and I know that I can buy a firearm very similar to it made by other makers.

But why should I since this pistol is not an "assault weapon" and has already met California's required "Drop Test"? It is simply a scheme to deprive guns to citizens. It is simply a way around the law and for the gun control Democrats in charge of California to get their way. It is simply an attempt to deprive Americans in California of guns and subsequently our ability to exercise our Constitutional rights.

No, I don't think this is right at all.